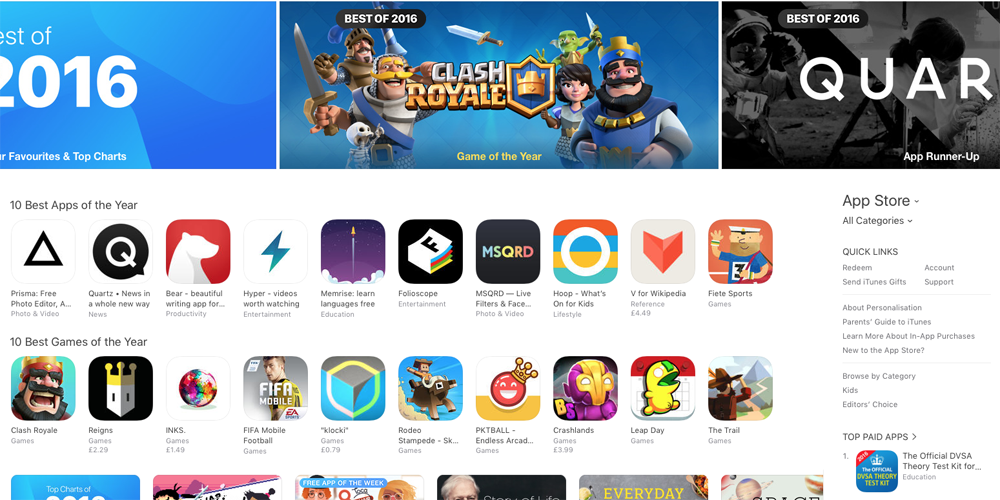 Apple’s SVP of worldwide marketing Phil Schiller has tweeted that November has set an all-time record for App Store sales.

November 2016 was a record breaker for the #AppStore – the highest monthly sales ever in App Store history!

Schiller didn’t give any numbers for either sales or downloads.

The holiday season usually sees the highest sales of the year, Apple announcing back in January that it had achieved more than $1.1B sales in just two weeks, the largest holiday app revenue achieved to date. With app sales showing no sign of slowing, it’s likely that we’ll see a similar announcement in the new year.