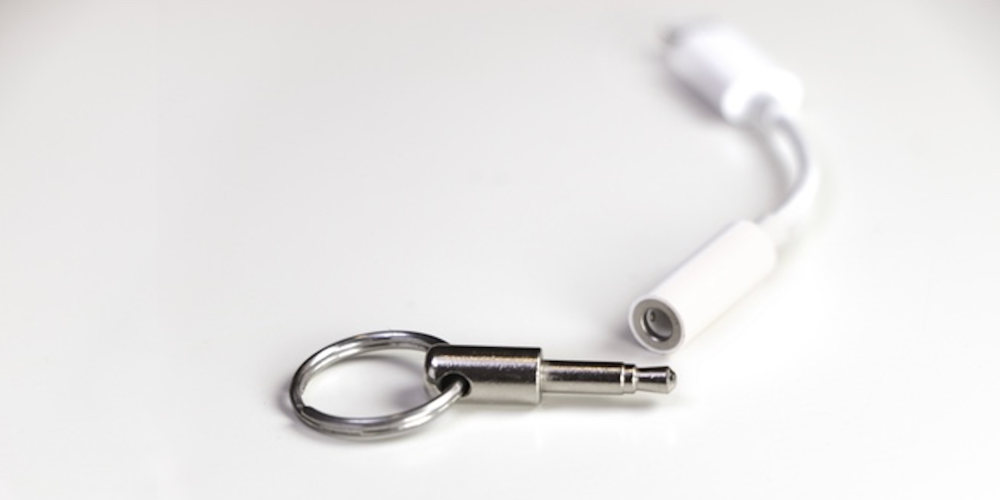 Apple made the courageous decision to remove the headphone jack with the release of the iPhone 7, but in an effort to ease the transition, the company included a Lightning to 3.5mm adapter with every purchase. One issue people have suffered from, however, is keeping track of that adapter. A new Kickstarter project aims to solve that problem…

The project, which is interestingly titled “Dongle Dangler,” is essentially a 3.5mm headphone plug that you can keep on your key chain. The idea is that you can plug the 3.5mm adapter from Apple into the key chain hook to better keep track of it when not in use.

Help us to solve the missing dongle epidemic! If you or someone you know have an iPhone 7, you need a Dongle Dangler to carry your headphone adapter with you everywhere you go.

It’s an interesting an idea, but one that could be incredibly useful for some people. Personally, one of the most common instances where I’ve found myself without a 3.5mm adapter is getting in someone’s car and not being able to play music because they have a standard 3.5mm aux cable.

In a poll of 9to5Mac readers last month, 26 percent said they were exclusively using wireless headphones with their iPhone 7, thus not missing the headphone jack. 25 percent, however, said they often found themselves in situations where they needed it.

Dongle Dangler can be had by contributing $5 to the Kickstarter project, with the creators promising delivery by Christmas if you’re one of the “Early Bird” backers.” A $9 donation gets you two of the keychain hooks, while $20 gets you 5 of them. From there, there are two bulk packs: $80 for 20 adapters and $400 for 100 adapters.

As always, there’s a certain amount of risk associated with a Kickstarter project, but at just $5 the risk is somewhat lower with this one. Nevertheless, it’s always wise to proceed with caution when it comes to Kickstarter.

What do you think of this idea? Is it stupid or actually ingenious? Let us know your thoughts down in the comments…