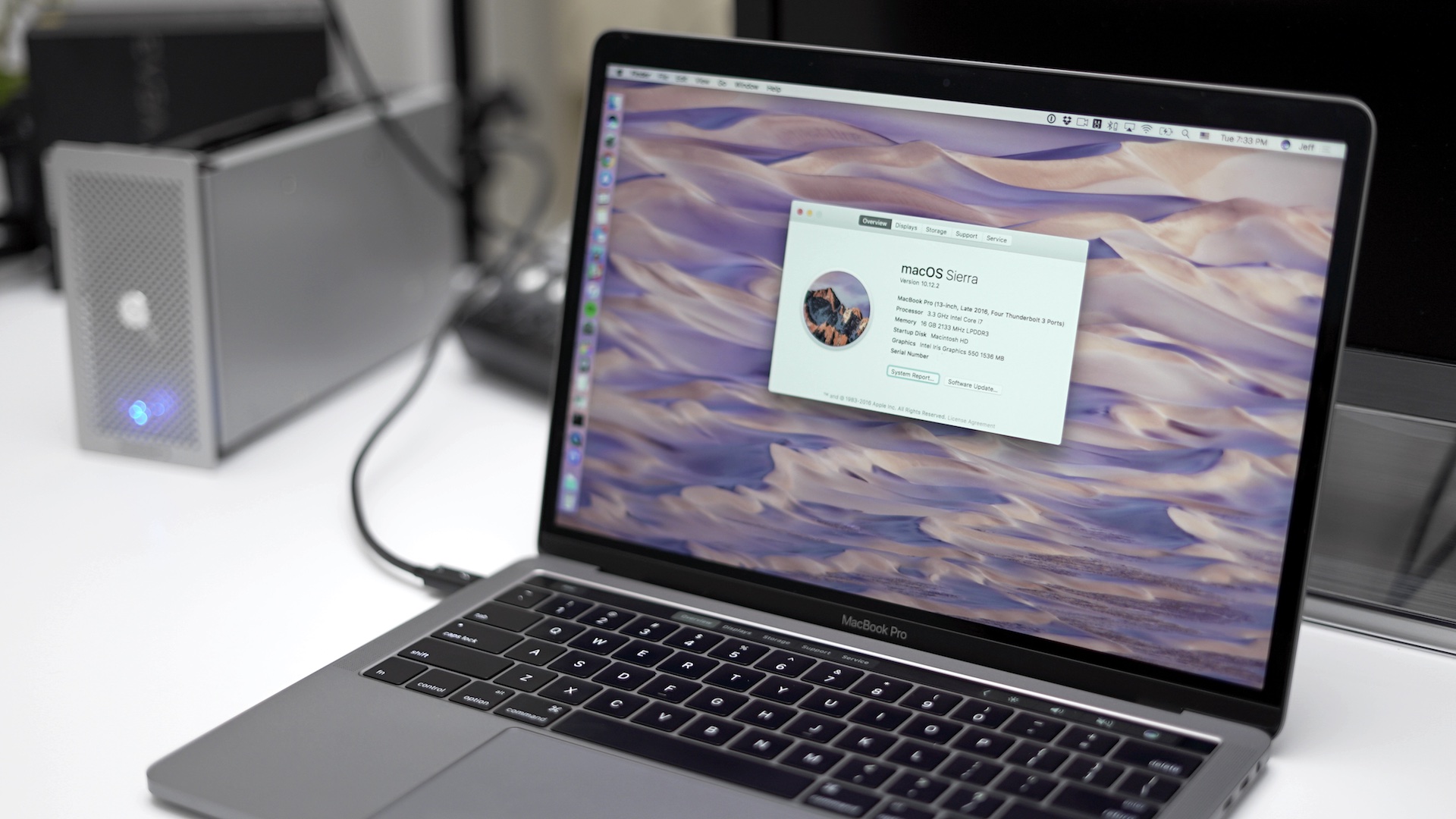 macOS 10.12.2 was released to the public earlier today, and in this post we’ll take a hands-on look at some of the release’s most notable features.

First and foremost, everyone should update to macOS 10.12.2 for the stability features alone, especially if you’re a new MacBook Pro user. But there are a couple of additional new features that users may be happy to find as well.

The headlining new feature, if you can call it that, is the ability to take screenshots of the Touch Bar using a keyboard shortcut. This can be configured under the Shortcuts tab of  System Preferences → Keyboard. Once there, you’ll see a section for Screen Shots featuring two new user-configurable keyboard shortcuts.

Thanks to macOS 10.12.2, you can now easily invoke the Chinese Trackpad Handwriting controls via the Touch Bar’s Control Strip. To do so, you’ll need to have Chinese enabled as an Input Source in System Preferences → Keyboard → Input Sources.

From there, head back to the main Keyboard tab, and click the Customize Control Strip Option in the bottom right-hand corner.

Once the customize interface appears, tap the chevron button on the left side of the Control Strip to expand it, and you’ll see full customization options. Drag the new Handwriting button to the vicinity of the Touch Bar to store it there for quick access.

In macOS 10.12.2, Apple has removed the estimated ‘Time remaining’ figure that appears when clicking the battery icon in the menu bar. The reason? As 9to5Mac’s Jordan Kahn explains, the inaccurate ‘time remaining’ predictions were unable to keep up with or provide accurate information for users on the newest machines.

As noted in his report, we conducted our very own 13-inch 2016 MacBook Pro battery test, and it came away with a less-than-10-hours, but still respectable battery life result.

For those of you looking to get battery life estimates elsewhere, 9to5Mac’s Greg Barbosa has a solid roundup of third-party apps that may be up to the task.

Apple also claims to have improved the setup and reliability of Auto Unlock in macOS 10.12.2. Just like before, setup can be done on the Security tab of System Preferences → Security & Privacy. During my testing I found that Auto Unlocked performed similarly to how it did in the past, which means it still works well.

Other items of note

As mentioned at the outset, there are many fixes included with macOS 10.12.2, including fixes for some of the graphical issues that MacBook Pro users were experiencing on the previous release.

There was also that bizarre issue that caused the Touch Bar emoji picker to appear on the display, and that’s been fixed as well.

No, I’m not joking. pic.twitter.com/aohRTbvi8m

For a full look into all of the fixes and features, be sure to check out our initial post on the macOS 10.12.2 release.

Have you already updated? If so, please share your observations and experiences with this latest version of macOS.