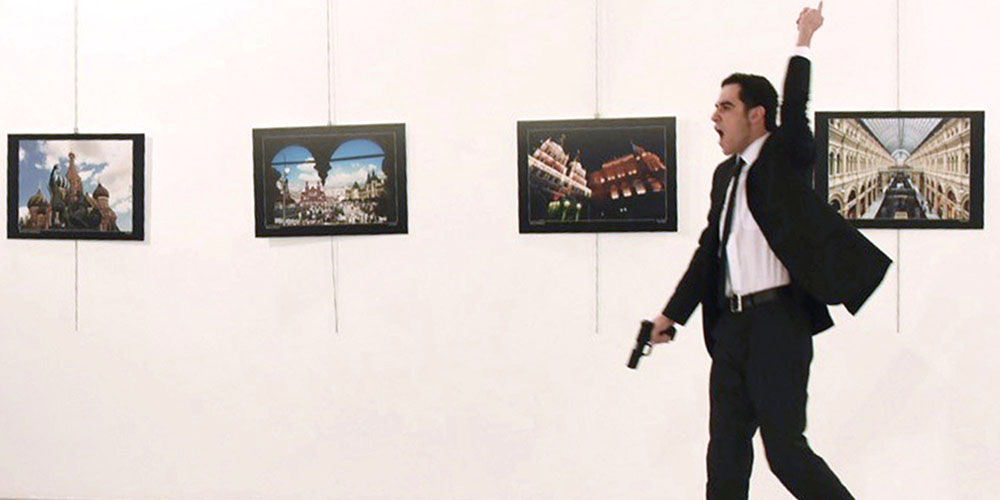 [UPDATE: Apple has not been asked to unlock the shooter’s iPhone (therefore no denial to comply has been made either) despite conflicting reports, 9to5Mac has learned. Rather, local media initially reported that Russia plans to attempt to break the four-digit passcode on the recovered iPhone, although the passcode has not yet been broken, per initial reports.]

After an off-duty police officer shot dead the Russian ambassador to Turkey, to help unlock an iPhone 4s recovered from the killer.

MacReports say that Apple is expected to refuse the request from Turkish authorities, but report that the Russian government has said it will help …

Russia is planning to send a special technical team to Turkey to unlock the iPhone, a senior Turkish official told us.

The case of course echoes that of the San Bernardino shooting, where Apple refused to help the FBI unlock a work phone used by one of the killers on the basis that any backdoor it created would inevitably end up falling into the wrong hands. The FBI subsequently got outside help to unlock the phone, where nothing of interest was found.

Andrei Karlov, the Russian ambassador to Turkey, was killed in Ankara on Monday by a man later identified as 22-year-old Mevlut Mert Altıntas, an off-duty riot police officer who used his police ID to gain access to the art gallery where Karlov was speaking. The killer shouted ‘Don’t forget Aleppo’ during the attack. Altıntas was subsequently killed in a shoot-out with Turkish special forces.

Both Russia and Turkey have described the killing as an assassination designed to destabilize the relationship between the two countries as they attempt to address their differing positions over the conflict in Syria.