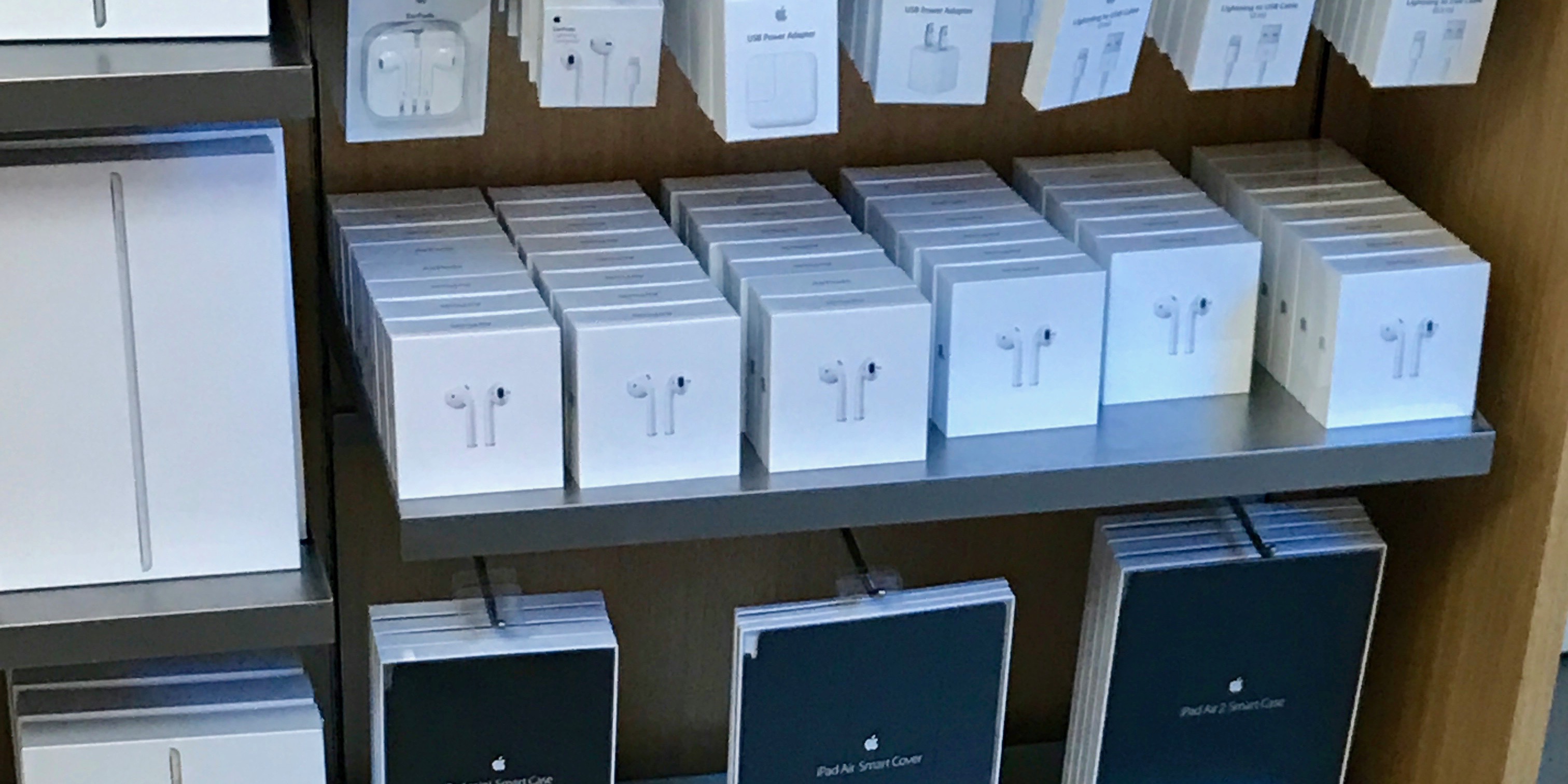 A new report today from Slice Intelligence delivers details about how well Apple’s AirPods have sold so far and how they’re changing the headphone market. The results align with the “run away success” that Tim Cook claimed shortly after their launch and the strong sales helped push wireless headphone sales to 50% of all headphones sold online in 2016.

This new data shows that Apple’s AirPods sales on December 13 were ten times more than the 2016 average (pre-holiday).

Not only did AirPods increase 2016 wireless headphones to 50% of total online headphone sales, but also boosted the December numbers to 75%. 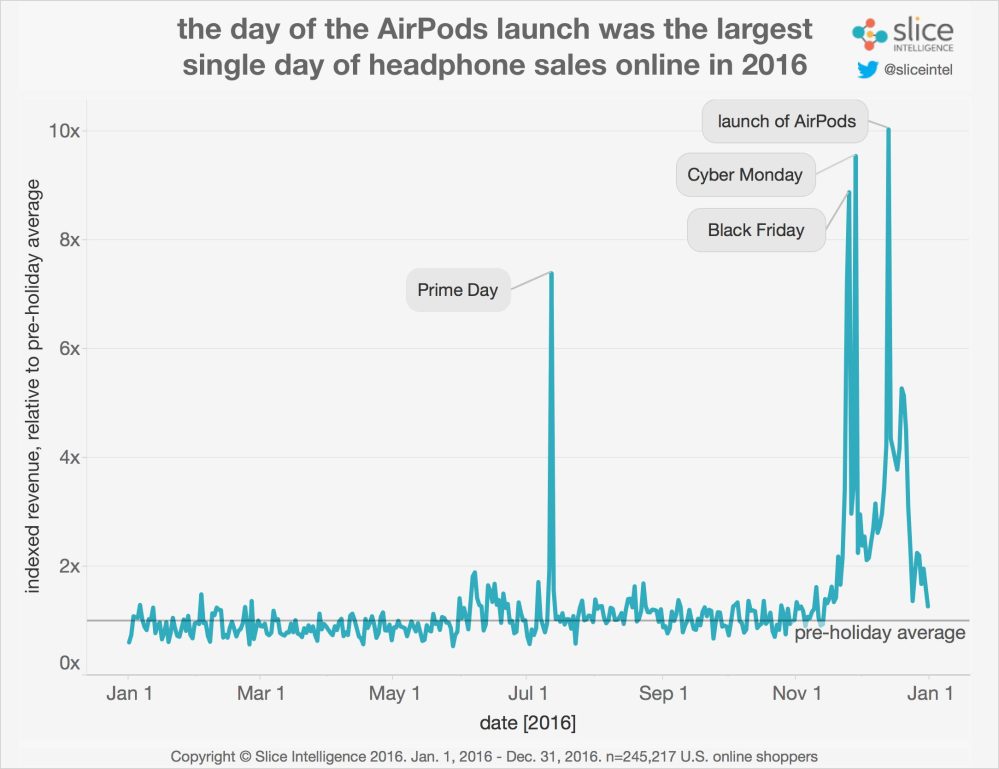 Before last month, Apple’s Beats headphones had about 25% of the wireless market followed by Bose at 10.5%. Slice Intelligence’s new report also shows that AirPods have become the clear leader in wireless headphones for now at 26%.

Between AirPods huge success and Beats still holding on to second place, Apple currently has an impressive 40% of all wireless headphone sales since the AirPods launch. Interesting enough, Bose increased their market share over 5% while most other brands declined. 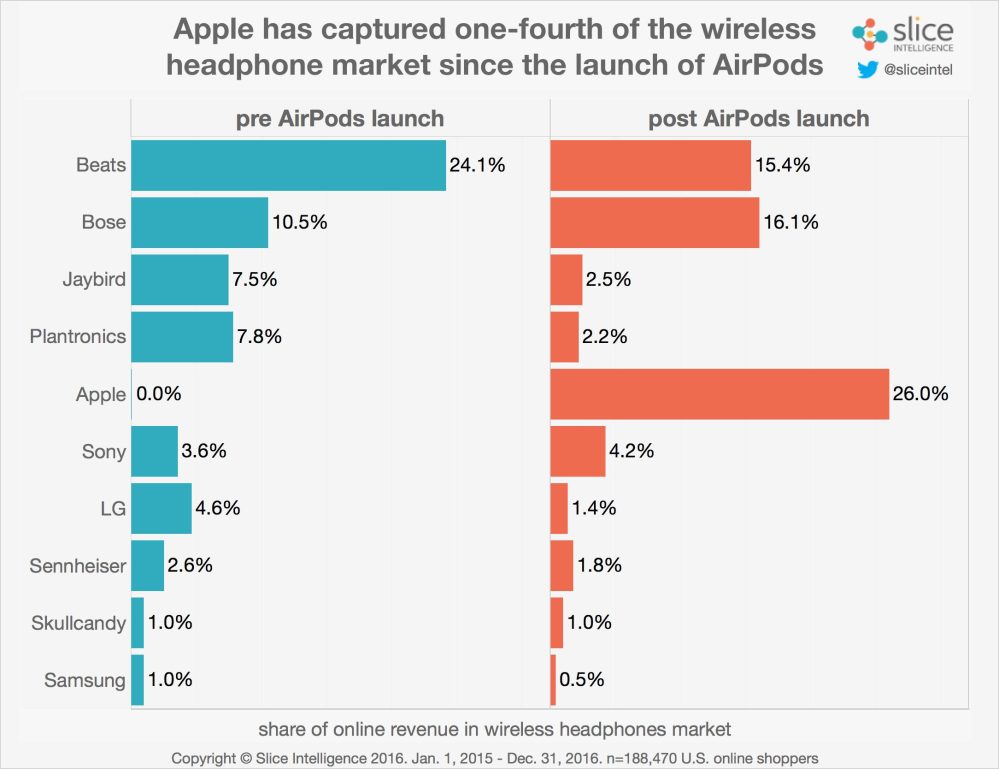 Also, similar to the data they have reported about Apple Watch and MacBook Pro purchasers, most people who have purchased AirPods are male, while female buyers tended to be older than male buyers.

Eighty-five percent of shoppers who’ve purchased the AirPods since December 13 are male, similar to the gender breakdown we reported for the MacBook Pro release in October.

Taking a closer look, data shows that male buyers are younger than their female counterparts. Over one-third of the men who bought a pair of AirPods were Millennials. Among female buyers, Boomers are the largest population, with a share of 38 percent.

Time will tell if Apple will continue to be the leader in wireless headphones as AirPods become less constrained, more customers can try them out, and competitors bring more compelling products to market.