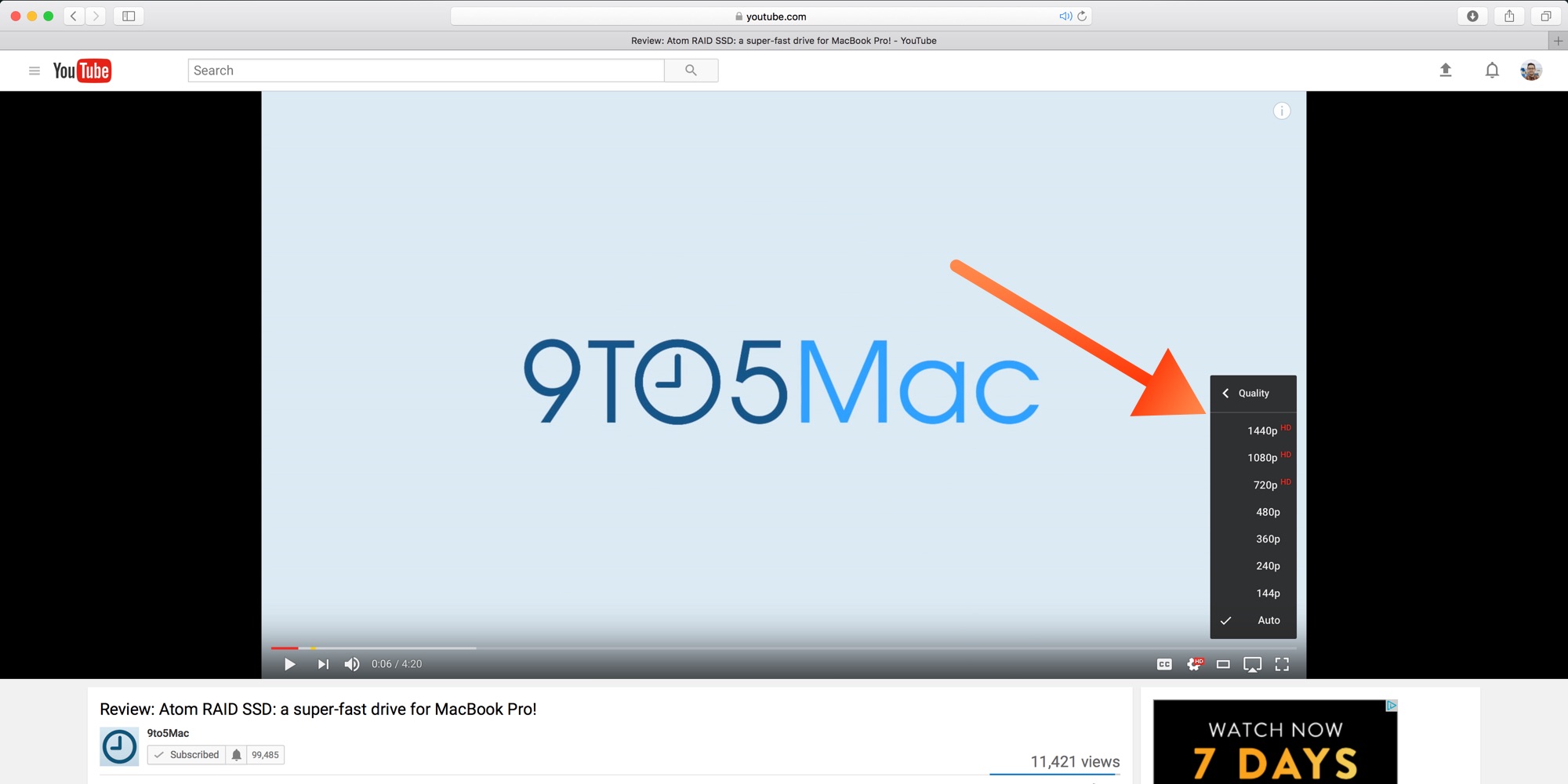 A recent discussion on Reddit has brought to light the news that YouTube no longer has the 4K video playback option when using Safari. The change may have come after a long ago announcement that YouTube began encoding uploaded videos into VP9. The change seems to affect recently uploaded videos, and thus so far only seen on the main YouTube site and not within embeds.

After a reddit user began wondering why he was no longer seeing a 4K option under Safari, other users began chiming in with different ideas on why that might be happening. Recently, /u/themcfly helped point out some specific changes as to what was happening:

Upon further inspection, I discovered that Youtube stores different kinds of video on their servers, encoded either in VP9 or the older H264 codec. Safari has no VP9 support…so it gets automatically served a H264 version from Youtube (you can verify codec by right clicking > stats for nerds). Chrome supports VP9 so gets served that version…

For some context, Chrome enabled VP9 video codec support back in 2013, while Safari still hasn’t. In April of 2015, YouTube posted an update to their Engineering and Developers Blog explaining the advances the VP9 video codec would be bringing. According to the post, “VP9 is the most efficient video compression codec in widespread use today.” YouTube seemed to be imminently announcing the launch of VP9 as their default 4K playback codec.

VP9 unlocks the burgeoning world of 4K videos. At larger video sizes, VP9 actually gets even more efficient than its predecessors, so uninterrupted 4K content can now be streamed by a significant and growing part of the YouTube audience.

The necessary support of the VP9 video codec for 4K playback today seems to currently apply to videos being watched directly on YouTube’s site. A quick way to check is to launch an uploaded 4K video on YouTube, and attempt to change the resolution. Recently uploaded videos only show HD options up to 1440p in Safari. Interestingly, if these very videos are embedded on an external page, then 4K video playback is still an option. 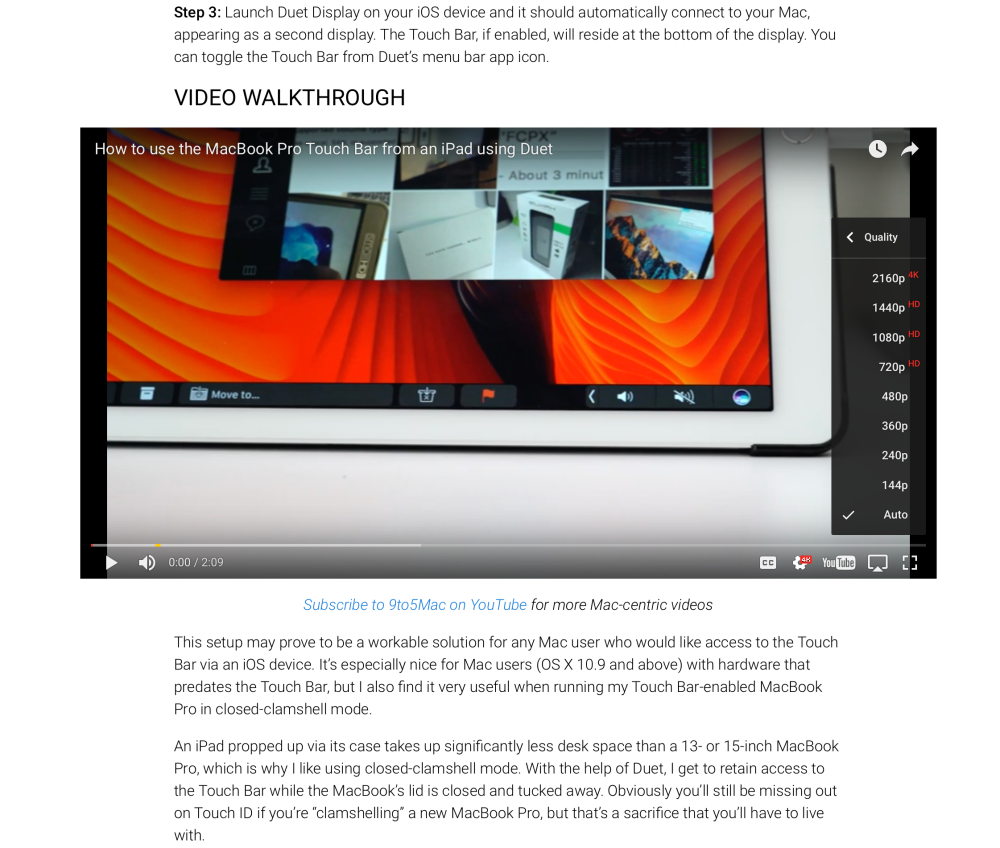 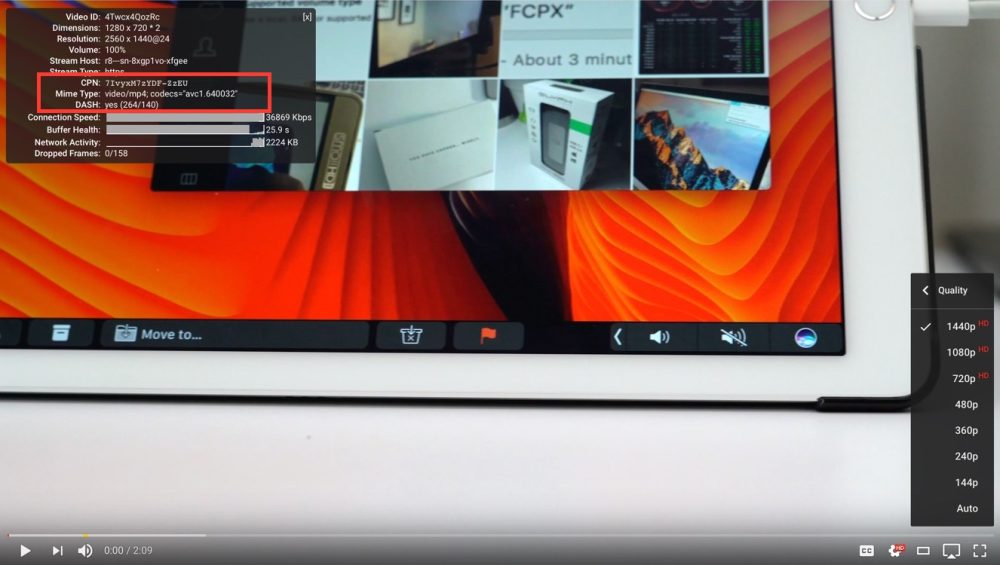 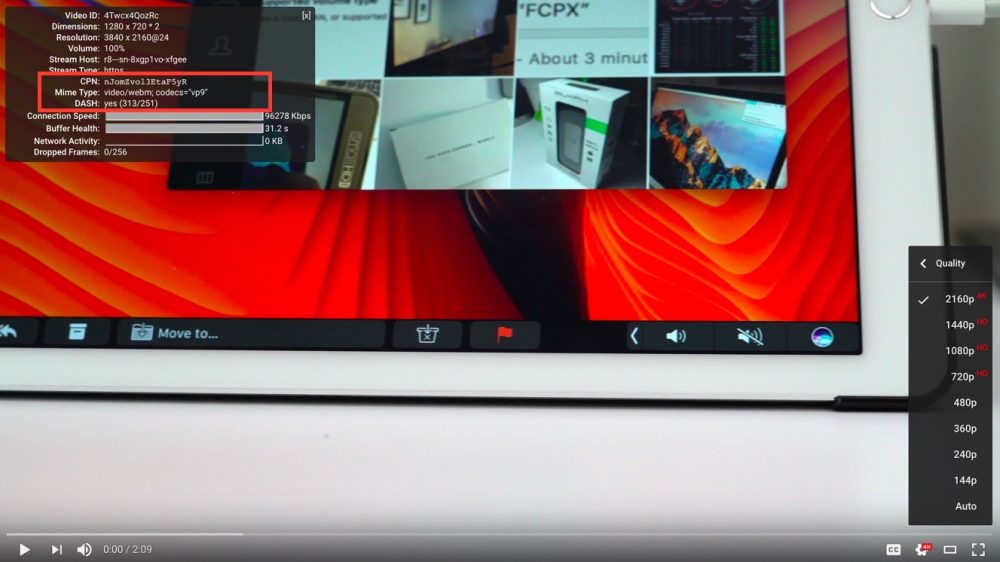 In Safari if you were to right-click on the video and select Stats for Nerds, under Mime Type you’ll see ‘video/mp4; codecs=”avc1.640028″‘. In layman’s terms this is the basic H.264 video codec Apple has been using in browsers for a while now. In Chrome if you were to do the same thing, you’ll see video playback options all the way up to 4K. Under Stats for Nerds, the Mime Type is ‘video/webm; codecs=”vp9″‘. It looks like YouTube is defaulting to the VP9 codec for all video playback in Chrome, something that Safari does not yet support. Why YouTube is serving multiple resolutions under their main site on Safari using the H.264 codec and not including 4K is still not known.

This change only seems to apply to recently uploaded 4K videos, as previous videos still have 4K playback options.