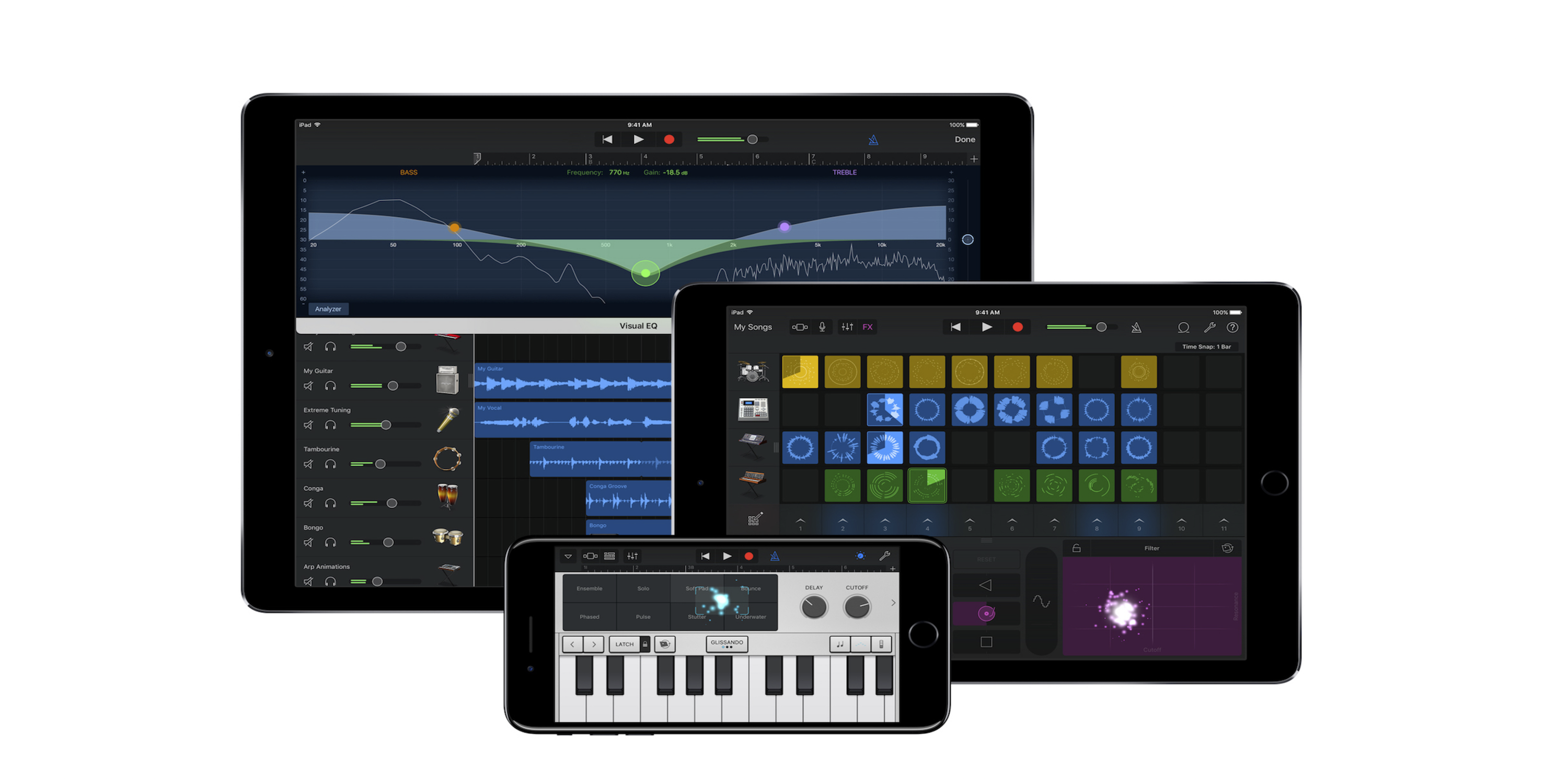 Alongside an update for Logic Pro X today to version 10.3, GarageBand for iOS is also getting an update that introduces Logic integration, a refreshed design, and a handful of new features.

Perhaps most notably, version 2.2 of GarageBand for iPhone and iPad introduces a mobile version of the Alchemy virtual synth that it picked up through its Camel Audio acquisition and first integrated into Logic last summer.

The first thing you’ll notice in the new app is the sound browser–the carousel that lets you flip through virtual instruments– has been redesigned and cleaned up with better organization. Recording gets supercharged in 2.2 with multi-take recording. Like in Logic, you can now just keep recording and have multiple takes automatically organized into a folder for auditioning and editing after.

A redesigned Audio Recorder gives you one-tap access to effects including pitch correction, distortion and delay. And a new FX pane (!) slides out from the side of the screen and gives you a Visual EQ that will be very familiar for Logic Pro users. You’ll also find other Apple effects in there, and new effects you install via Audio Units will show there too. 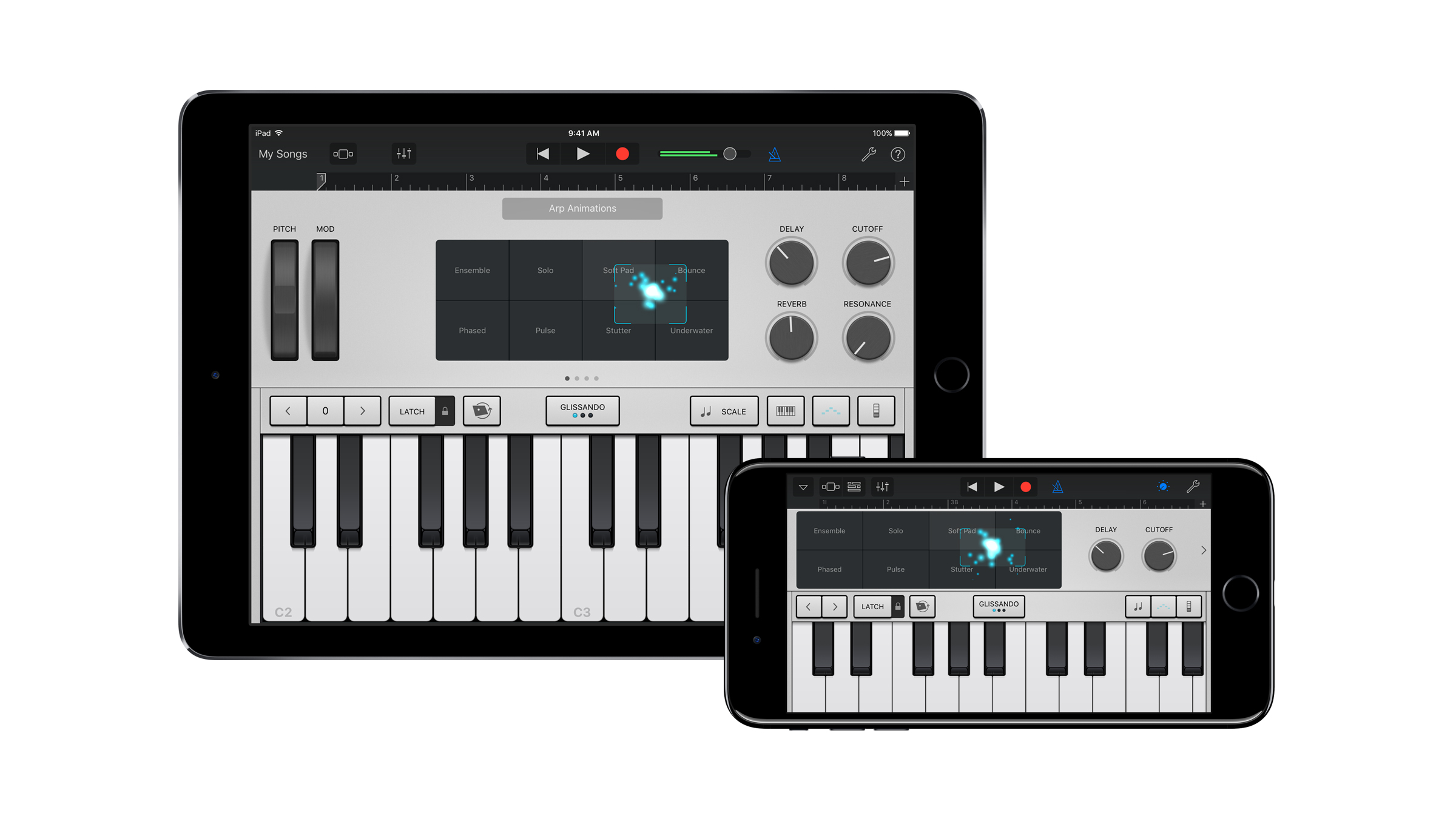 The new recording features come alongside integration with Logic Pro X in this release. For Logic users, a new sharing option in today’s 10.3 release lets you send your entire session to GarageBand as a single reference track. That means you can easily continue working on a Logic session in GarageBand as you transition from the studio to mobile at any time. When you add some tracks and make edits in GarageBand, it all gets saved to iCloud and synced back to your Logic session.

In 2015 Apple acquired Camel Audio, the team behind the very popular Alchemy virtual synth that has become a staple among electronic music producers. The company joined the Logic team at Apple and they integrated a redesigned version of Alchemy into Logic Pro X bundled for free in an update last August. Now, the team has created a mobile version of the popular Alchemy synth that is said to be a full-fledged port of the software with 150 patches and all the features and sound quality of the original desktop version that now comes with Logic.

You can see some of the updated UI and new features in the video below:

GarageBand 2.2 for iPhone and iPad is arriving on the App Store today as a free update.