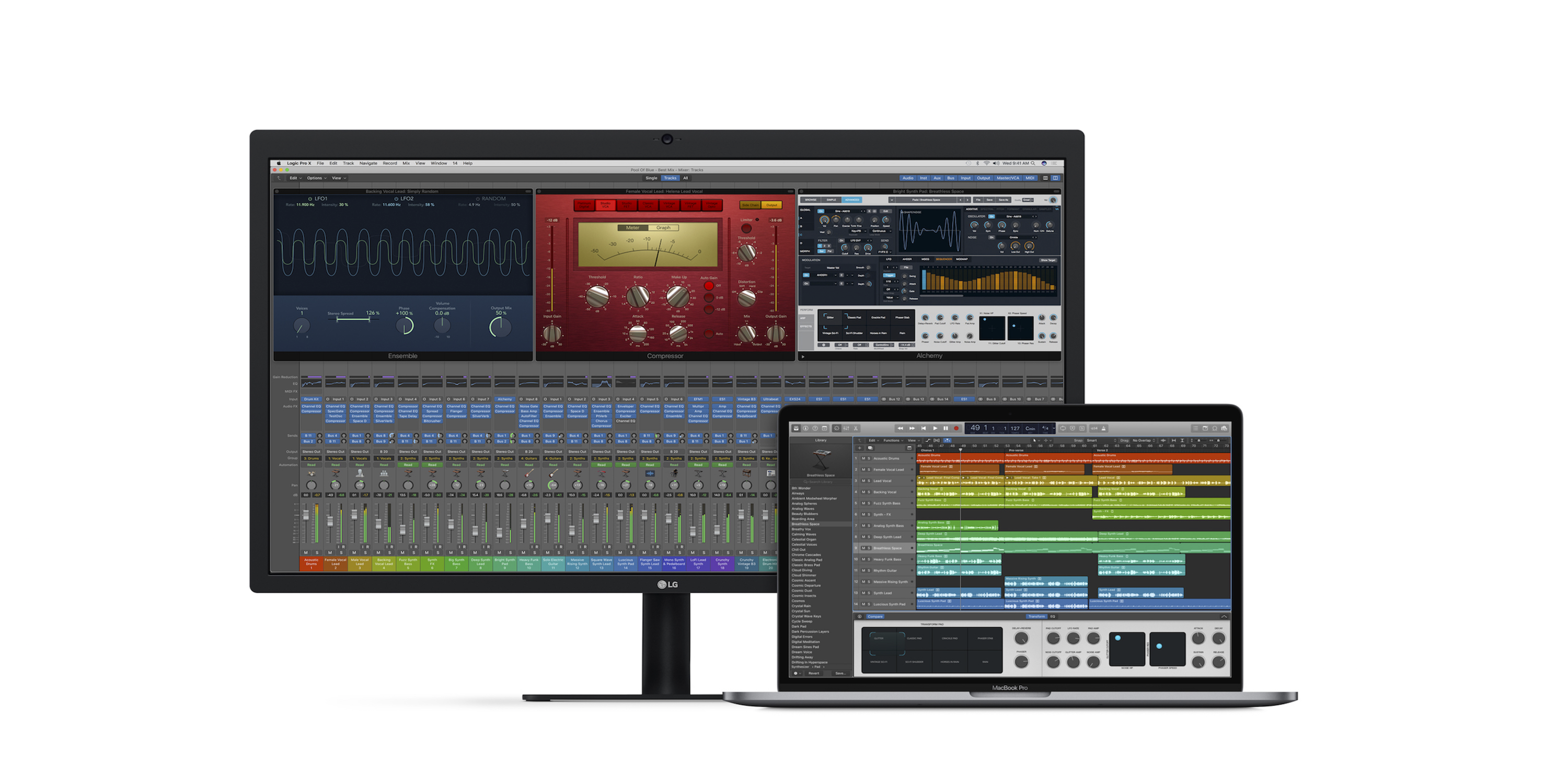 Apple is today releasing a new version of its Logic Pro X audio production suite and it’s a big one. Not only does version 10.3 introduce Touch Bar support for MacBook Pro in a way that might be the most ambitious yet— they are fully customizable and go well beyond what GarageBand has— the update also includes a refreshed user interface and many top requested features by pros.

When we reported Touch Bar support was in the works for Logic Pro following the introduction of the new MacBook Pros last year, many assumed it would mimic the functionality of GarageBand. In GarageBand, the Touch Bar presents Smart Controls, which are essentially macro-controls to quickly fine-tune an instrument or other plug-in you have open. 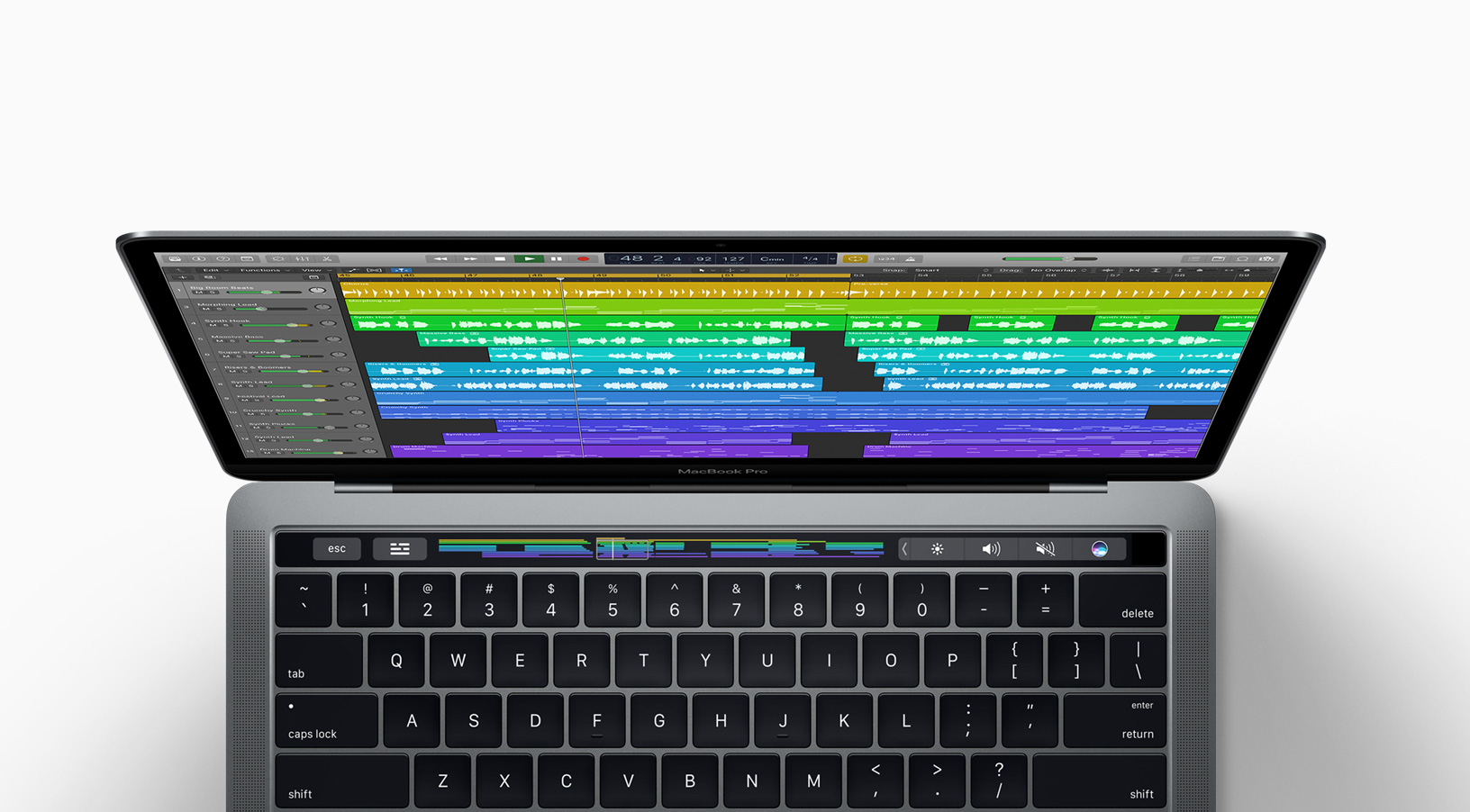 Logic Pro is getting that feature too with 10.3, but it’s also getting a timeline overview like Final Cut users, and fully customizable keyboard shortcuts that are even assignable to banks using modifier keys— a first for the Touch Bar that goes above and beyond implementation we’ve seen in other pro apps. In addition, Touch Bar will let you play virtual instruments— a piano or drum pads, for example, will appear when you have one selected. We’ve talked to people close to the Logic team and they told us they hope it sets an example for other apps going forward.

Logic is getting a slightly refreshed UI in 10.3, which shouldn’t be anything to scare off those that have now got used to the major interface redesign introduced in Logic Pro X a few years ago.

Most notable are buttons on the transport bar and elsewhere that are now decidedly flatter and more in line with design language throughout the rest of the latest macOS Sierra release. Notice the streamlined fonts, updated solo/mute buttons on tracks, and a slimmer chrome above the transport controls. Flatter comes alongside a slightly lighter and fresher look to the UI that Apple says “improves legibility in a variety of working environments.” In other words, if you are working in Logic in daylight on a MacBook Pro, the app should be easier on the eyes in general. Take a look: 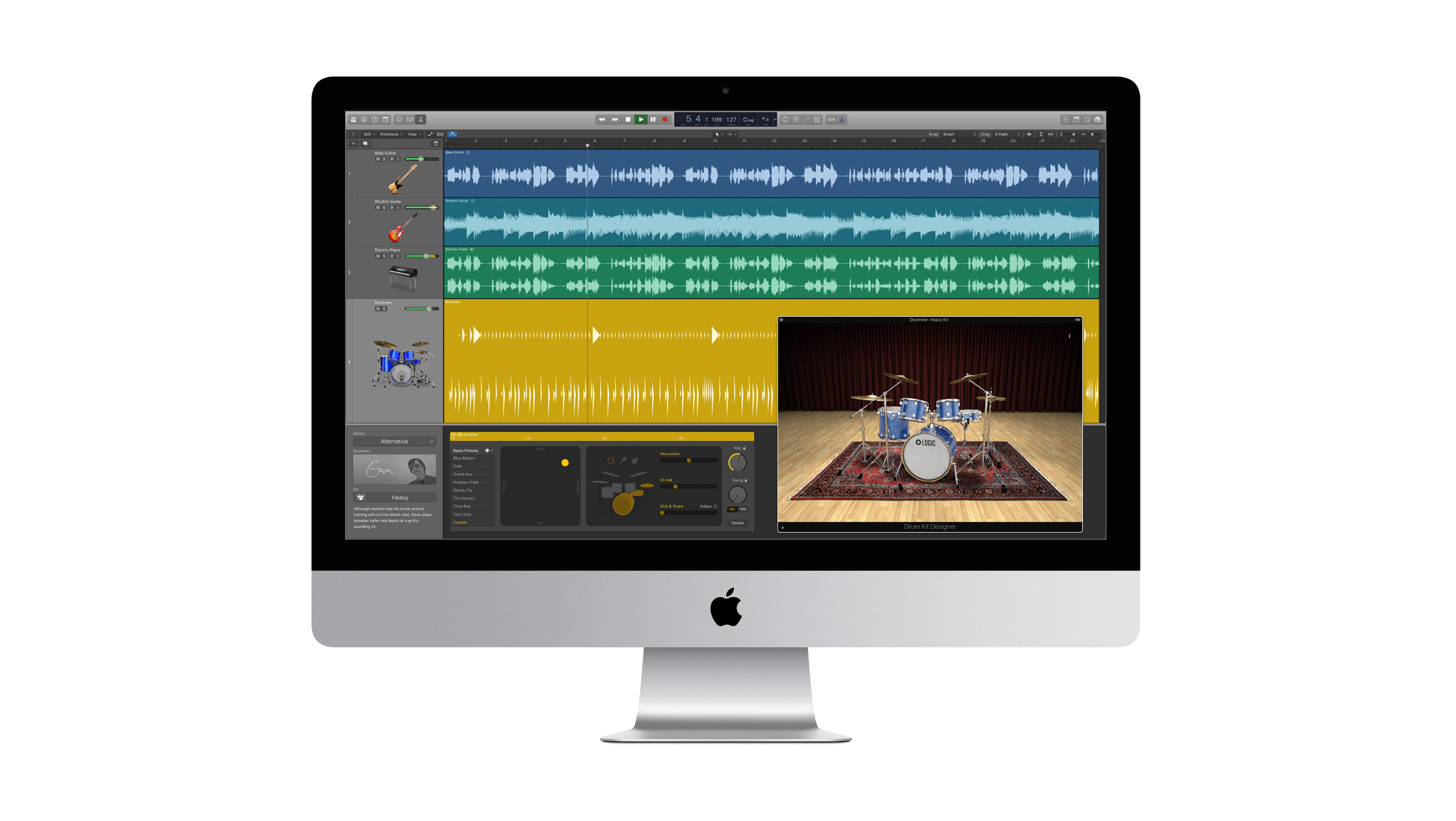 With 10.3, hit a button in Logic Pro X and your whole project will now be sent to iCloud as a single reference track. That allows you to open up GarageBand on your iPhone or iPad and continue working on the project in a way that doesn’t require you to upload heavyweight session files or bounce and pass around your own audio files in email or elsewhere. Once you add some new tracks in GarageBand, the project will be synced back to iCloud ready for you to continue working in Logic Pro when you get back to the studio. That functionality comes alongside a bunch of other new features in GarageBand 2.2 out today.

This release has a few notable features that were highly requested by pros, some of which are more so aimed at mix engineers. Among them, True Stereo Panning, and a new Track Alternatives feature that builds on Take Folders, allowing you to create and try out playlists of regions and edits for any of your tracks. Apple notes that the feature “makes it easier to experiment with various creative ideas or evaluate different versions of a track as it evolves.”

Additionally, Selection-based Processing is a new feature that lets you try out effects for any audio region— a new window pops up giving you channel strips to do so with A/B sides to try out different combos.

And lastly, 10.3 is introducing an updated 64-bit summing engine and 192 additional busses.

The new Logic Pro 10.3 will be arriving on the App Store today as a free update for all and included for new users in the $199 price tag.

It’s 2017 and Logic Pros is back! We’re continuing down the ever-expanding rabbit hole of music creation on Mac and iOS this year with product reviews, tutorials, tips/tricks for Logic users, and much more. That includes a weekly installment, and an upcoming Logic Pro X 101 guide for beginners. Check out the archives.