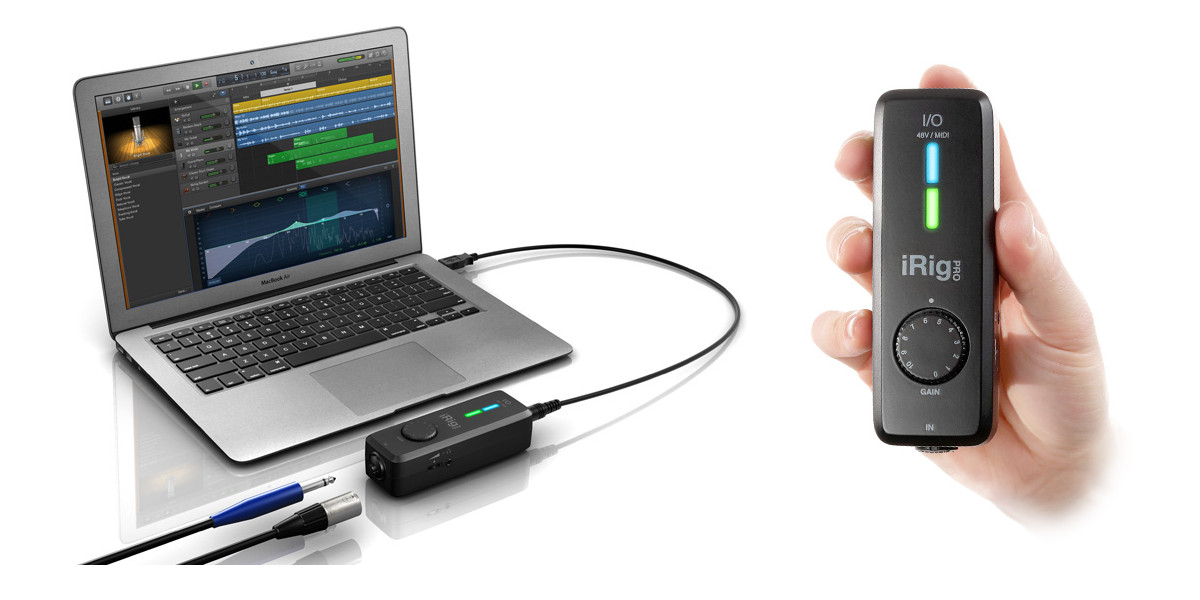 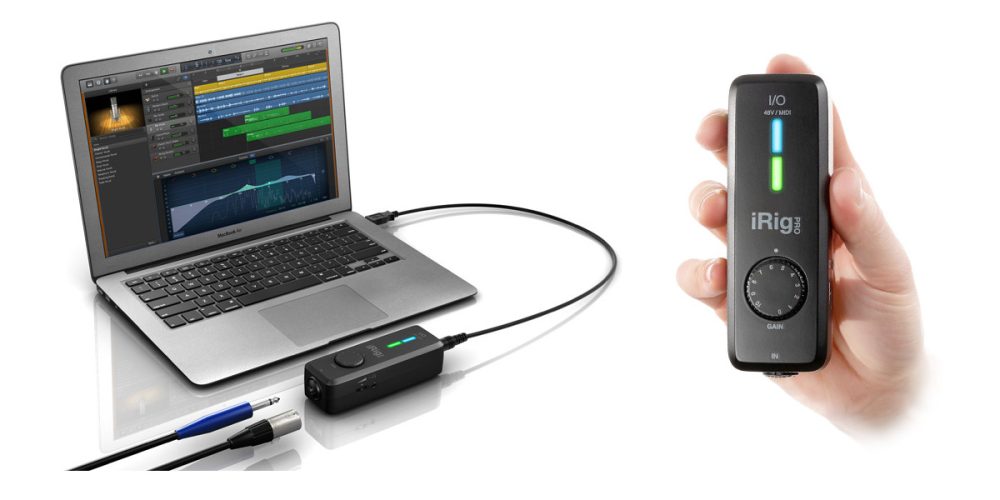 While you’re likely too busy with today’s Logic Pro X update at the moment, we are getting some new iOS/Mac gear from IK today:

IK Multimedia is well known for its lineup of great sounding and affordable recoding interfaces for iOS and Mac. Whether its the iRig HD 2 for guitar players or the iRig Pro Duo for producers and songwriters, the company has just about every kind of musician, podcaster and music maker covered at a reasonable price point. And now, straight out of NAMM 2017, IK is announcing the brand new all-in-one iRig Pro I/O for iPhone, iPad and Mac. As its name suggests, just about every type of connectivity option your typical musician would need at home or on the road is present here.

Along with 24-bit/196kHZ quality audio recording, Pro I/O features a combo XLR/¼” input courtesy of Neutrik that is more than capable of handling all the mics, keyboards, guitars and noise makers you might want to stick in there. You’ll find input gain control, multi-colored LED status lights and a nice little 48v boost for your Phantom Power-driven microphones.

Full MIDI in/out capabilities are available here, alongside a nice headphone jack, which essentially adds 1/8-inch audio connectivity back to your iPhone 7 at the same time. It’ll run wirelessly using a pair of AA batteries when it is connected to your iPhone, iPad or Mac over USB. But you can also use the included power supply unit to plug it in and charge your mobile device at the same time.

As usual with IK Multimedia’s gear, you’ll get a suite of “award-winning titles like AmpliTube 4, AmpliTube for iPhone and iPad, SampleTank 3 SE and T-RackS Deluxe with Mic Room” for the price of entry.

Speaking of which, iRig Pro I/O drops in April for $149.99 shipped and includes everything you need to get going: 2 x AA batteries, Mini-DIN to USB and Mini-DIN to Lightning cables, and two 5-Pin MIDI to 2.5mm cables.

IK is also introducing its new iRig Acoustic Stage microphone/pre-amp. An update to the previous gen iRig Acoustic, it is perfect for the stage or anywhere you need to get a “true acoustic tone”. Stage uses an “advanced” MEMS mic that attaches to the sound hole on an instrument with a “preamp and DSP unit that captures all the tone, vibe and “air” of the instrument when playing live or recording in home and project studios.” It also boasts a USB output allowing for simple direct connections to your recording rig/DAW.

It is available now for $99.99. Here are some more details from IK:

Users will immediately hear what they’ve been missing with their traditional live setup as their acoustic tone comes alive with a vibrant, warm, deep and earthy wood tone. For players who currently perform with an acoustic-electric, iRig Acoustic Stage can greatly enhance the guitar’s live tone. iRig Acoustic Stage features an AUX input with a blend control that lets players blend their guitar’s current pickup system with iRig Acoustic Stage providing even greater tonal flexibility and a fullness to the live sound like never before heard.