iOS 10.3 beta appears to bring support for Wi-Fi Calling on iCloud-connected devices to Verizon customers for the first time. iOS 10.3 is currently in developer beta; a public beta is likely just around the corner. The software update will likely be released to everyone later this spring.

Wi-Fi Calling on other devices is already available for iOS users on AT&T, Sprint, and T-Mobile. Verizon support is not yet documented online, although a MacRumors Forums post shows support with this week’s iOS 10.3 developer beta.

For example, you could leave your iPhone in the car off Wi-Fi and still place and receive phone calls from your Mac over Wi-Fi using your phone number. 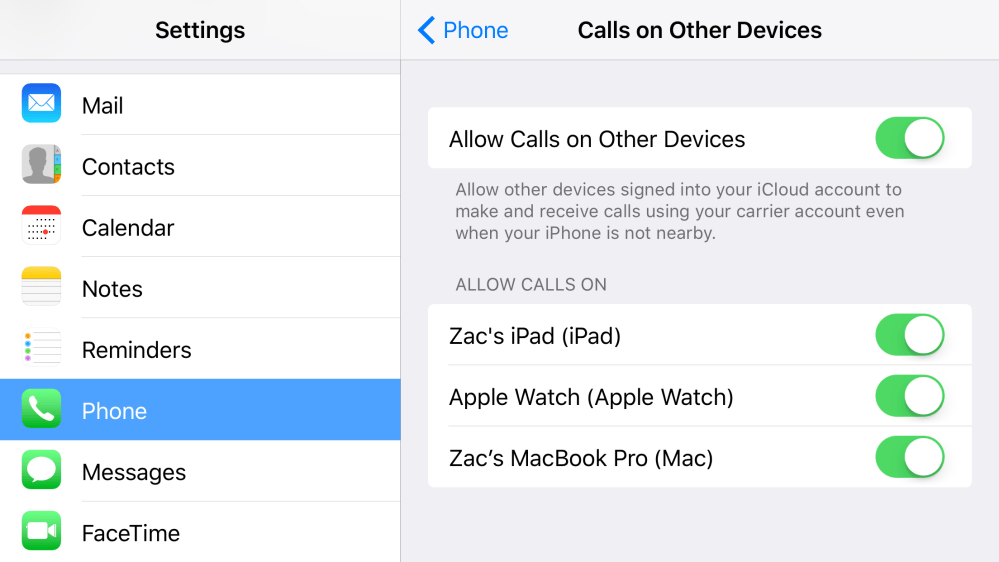 Apple lists these devices as compatible with Wi-Fi Calling over iCloud:

Apple also notes that the Mac Pro does not support this feature. Wi-Fi Calling requires a verification process on each device so the feature can’t be enabled without access to the source iPhone and the additional device.