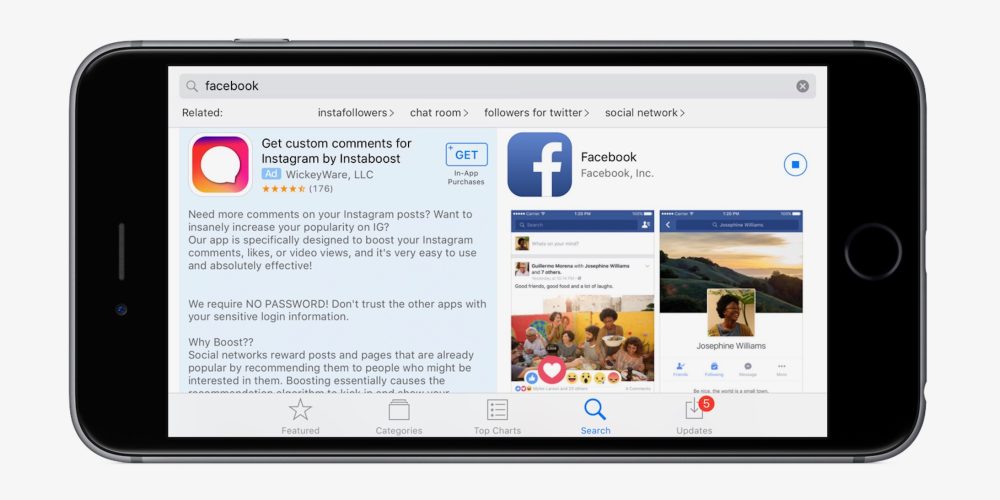 Apple is extending the introductory offer for App Store Search Ads until March 30, for developers who have yet to use the program. Search Ads launched in October last year, promoting apps above organic listings in the search result, with a $100 promo code for app makers who began an ad campaign.

This $100 credit offer was originally set to expire on December 31st, at the end of 2016. Apple has today announced that it is keeping the offer running for another three months.

Developers who are eligible to take advantage of the offer should be receiving an email from Apple over the next few hours, with instructions on how to redeem the free $100 credit. Developers only claim the credit once they have made a Search Ads account, associated it with payment information and started a new campaign.

Apple doesn’t give a reason why it is doubling the duration of the ‘introductory’ offer period, although one could infer that adoption of the program has not met expectations.

To end users, App Store Search Ads look almost the same as normal search listings although they marked as an ad with a badge and blue tinted background. Only one App Store Search Ad can appear for a given query, at the top of the page, and may include a short description or screenshots.

Although developers from other regions can promote their apps, Search Ads are only visible to iPhone, iPad and iPod touch users in the United States. Apple has not announced any schedule for when Search Ads will be shown to international markets. 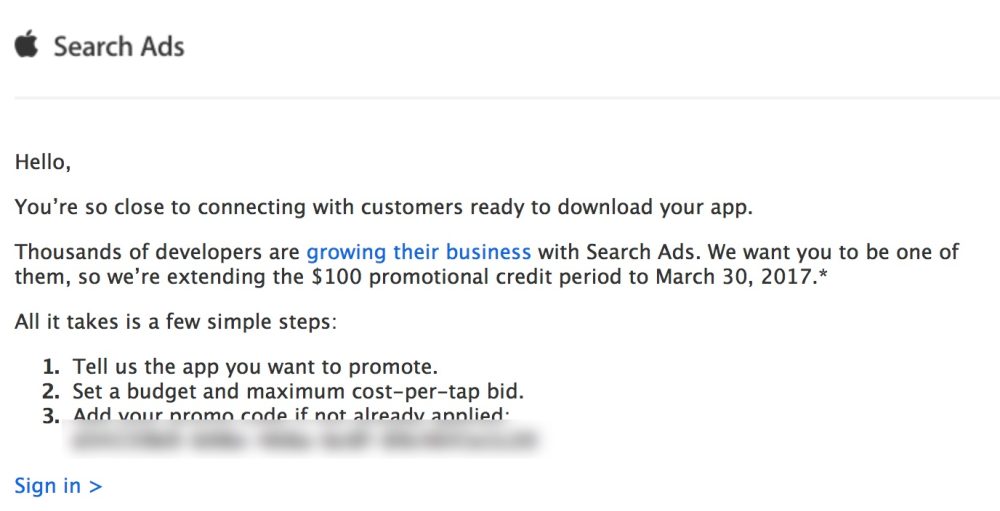