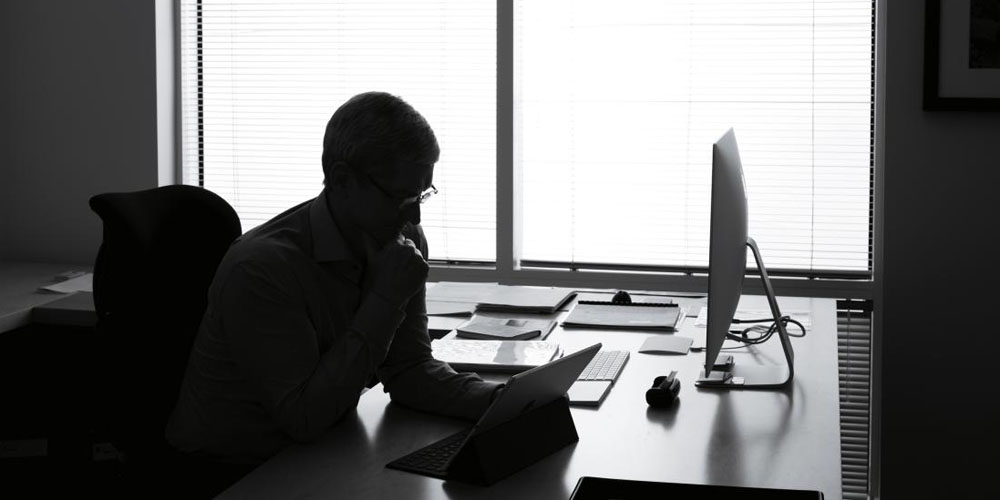 Update: Re/code has obtained what it says is a draft of the letter, which can be read below.

According to Swisher, Apple, Google, Microsoft, and Facebook are among the companies collaborating on the letter, which will be the first joint effort from United States businesses to support immigration since Trump’s executive order last week. While tech companies are spearheading the efforts, they are working to involve other industries, as well.

The letter highlights the importance of immigration to the USA and its businesses, expresses concern at the impact of the executive order and says that a blanket approach is wrong.

While security and vetting procedures can and should always be subject to continuous evaluation and improvement, a blanket suspension is not the right approach.

Over the weekend, Tim Cook sent a memo to Apple employees explaining that the immigration order from Trump is “not a policy we support.”

Additionally, speaking to the WSJ earlier today, Tim Cook stated that hundreds of Apple employees are affected by the immigration order. The Apple CEO explained that he has been in contact with “very, very senior people in the White House” regarding the issue, informing them that the repeal of Trump’s executive order is important to not just Apple, but also the entire country. Last week, Cook met with Jared Kushner and Ivanka Trump in Washington D.C.

Cook also expressed in the interview that Apple is considering legal action against the ruling.

A variety of tech companies have spoken out against Trump’s immigration executive order. The executive order suspends the entry of all refugees to the United States for 120 days, while refugees from Syria have been banned for an indefinite amount of times. Additionally, citizens from Iraq, Iran, Somalia, Sudan, Libya, Syria, and Yemen are banned from entering the United States altogether for 90 days.

For its part, Google’s Sundar Pichai has spoken out against the decision, while the company has also created its largest ever crisis fund to help with legal battles. Additionally, Googlers staged a walk-out protest earlier this week in wake of the executive order, a move that was supported by the company’s executives.

The draft text obtained by Re/code can be read below.

Since the country’s birth, America has been the land of opportunity – welcoming newcomers and giving them the chance to build families, careers, and businesses in the United States. We are a nation made stronger by immigrants. As entrepreneurs and business leaders, our ability to grow our companies and create jobs depends on the contributions of immigrants from all backgrounds.

We share your goal of ensuring that our immigration system meets today’s security needs and keeps our country safe. We are concerned, however, that your recent executive order will affect many visa holders who work hard here in the United States and contribute to our country’s success. In a global economy, it is critical that we continue to attract the best and brightest from around the world. We welcome the changes your administration has made in recent days in how the Department of Homeland Security will implement the executive order, and we stand ready to help your administration identify other opportunities to ensure that our employees can travel with predictability and without undue delay.

Our nation’s compassion is a part of what makes it exceptional, and we are committed to helping your administration identify approaches for thorough screening without a blanket suspension of admissions under the U.S. Refugee Admissions program. While security and vetting procedures can and should always be subject to continuous evaluation and improvement, a blanket suspension is not the right approach.

Similarly, we stand ready to identify ways of helping to achieve your stated goal of bringing clarity to the future of the 750,000 Dreamers in this country under the protections of the Deferred Action for Childhood Arrivals (DACA) program in a way “that will make people happy and proud.” Removing these protections by barring renewals would effectively end the program and eliminate the ability for these Dreamers to work and live without the fear of deportation.

The business community shares your commitment to growing the American economy and expanding job creation across the country. We hire both thousands of Americans and some of the most talented people from abroad, who work together to help our companies succeed and expand our overall employment. As you contemplate changes to the nation’s complex and interconnected immigration policies, whether business and employment-based visas, refugees, or DACA, we hope that you will use us as a resource to help achieve immigration policies that both support the work of American businesses and reflect American values.