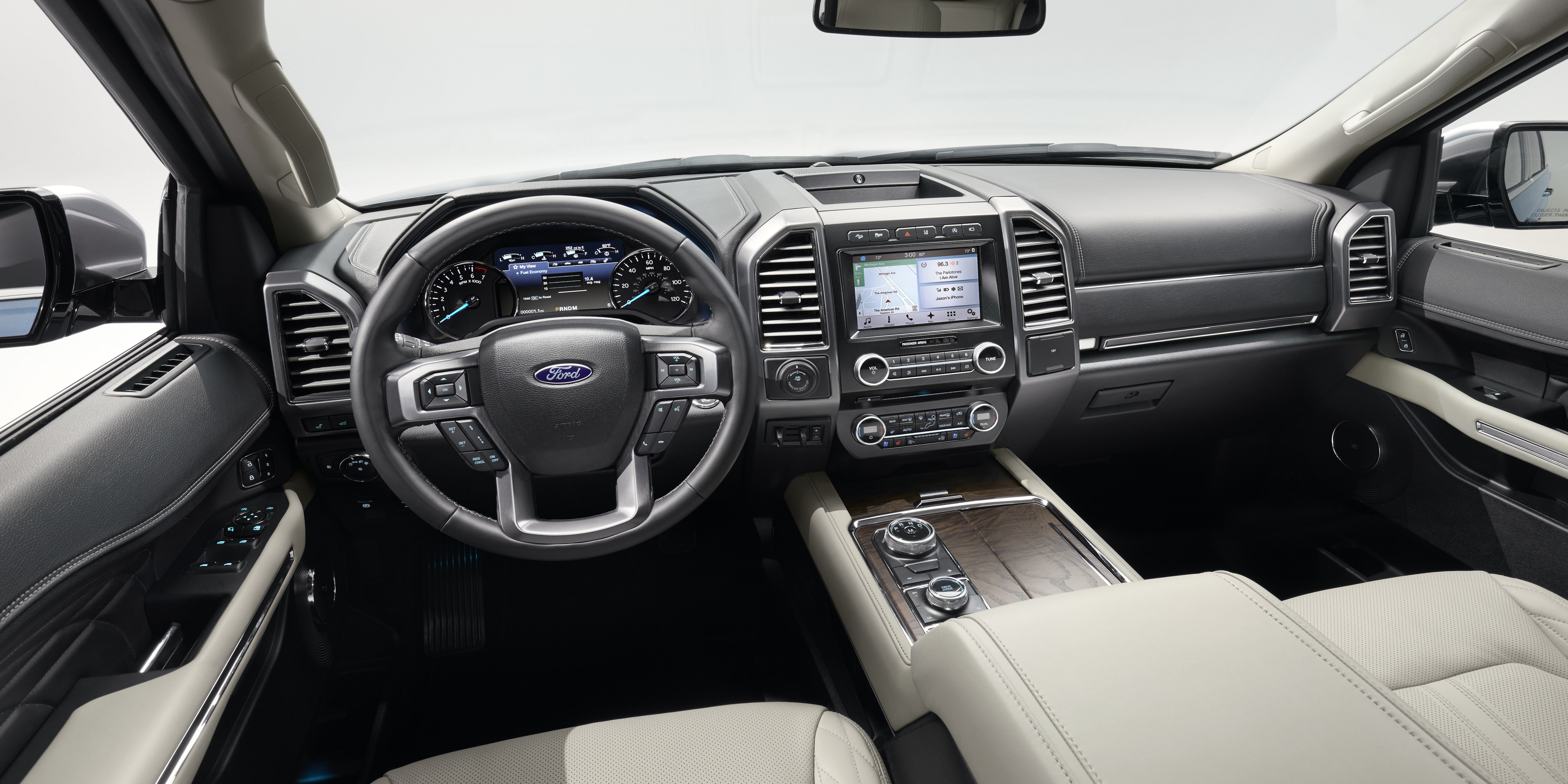 The all-new Ford Expedition offers more than 40 new features and driver-assist technologies, including a Wi-Fi hotspot that supports as many as 10 devices at once, SYNC® 3, and power for passengers in every row, with four 12-volt power points, six USB chargers and a 110-volt power outlet.

The latest vehicles to include Apple’s CarPlay platform built-in are being announced this week at or alongside the Chicago Auto Show. Dodge’s new 2018 Durango and Subaru’s 2018 Legacy are followed by an announcement from Ford unveiling the all-new Expedition that like its predecessor will come equipped with a CarPlay-enabled in-dash system.

Like all of Ford’s vehicles with CarPlay, Apple’s platform offers an iPhone-like experience on the in-dash system of selected vehicles. The new Expedition uses Ford’s SYNC 3 entertainment platform which also offers Android Auto features in addition to CarPlay. There’s no mention of whether or not wireless CarPlay is supported in the 2018 model, however. Currently manufacturers have the choice of offering wireless, Bluetooth connectivity for CarPlay, while others require a companion iPhone to be physically connected.

The new Expedition will also be Ford’s first vehicle to feature a built-in charging pad in the front console for devices with wireless charging. To use that feature with an iPhone, you’ll of course need a compatible case that supports wireless charging– like these. You’ll also find a 12-speaker B&O PLAY premium audio system, dual-headrest rear seat displays, and a Wi-Fi hotspot feature that “supports as many as 10 devices at once, up to 50 feet away from the vehicle.”

The new Expedition adds to a growing list of vehicles from Ford that support CarPlay but is the company’s first 2018 model announced with support. 2017 Ford models with support for the platform include the C-MAX, Edge, Escape, Expedition, Explorer, F-150, Fiesta, Flex, Focus, Fusion, Taurus, Transit, Transit Connect, Mustang, and the Super Duty. As always, Apple has a list of supported vehicle models on its website.

The new Expedition will arrive at dealerships sometime this fall.

Other CarPlay announcements this week included Dodge’s new 2018 Durango and Subaru’s 2018 Legacy both on display this week at the Chicago Auto Show.