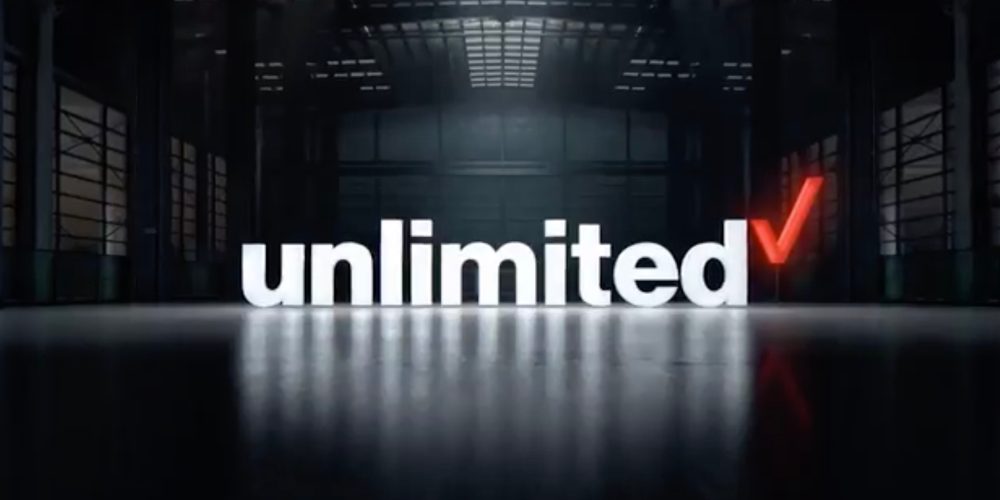 Verizon is bringing back its unlimited data plans. With the new Verizon Unlimited plan launching on Monday, customers can use as much 4G LTE data, send as many texts as they like and talk for as long as they please … for $80 per month. An equivalent uncapped family plan charges $45 per line for 4 people, or $180 monthly.

The ‘unlimited’ plans have a few strings attached, namely hotspot tethering is limited at 10 GB for 4G (will fallback to 3G after) and although data is uncapped, high data users will not be prioritized if the network is congested …

The Verizon Unlimited plan touts unlimited texts, calls, and data — but if customers uses more than 22 GB of 4G LTE data on any line during a month, further usage will be deprioritized behind other Verizon users.

The carrier says they don’t expect to use network management often, only in the event of network congestion, but that remains to be seen.

You can add up to two tablets to the same unlimited data plan, for an additional $20 per device. Verizon will stream ‘high-quality’ HD video as standard.

The Mobile Hotspot allowance is 10 GB per month on 4G. After that quota is elapsed, further tethering traffic will use the slower 3G network.

As an added bonus, the ‘Verizon Unlimited’ plan includes up to 500 MB/per day data roaming in Mexico and Canada.

The company says if you don’t want unlimited data, they will still offer their usual capped plans at lower costs.

If you are interested in signing up, the Verizon Unlimited plan will be available online from Monday, February 13.