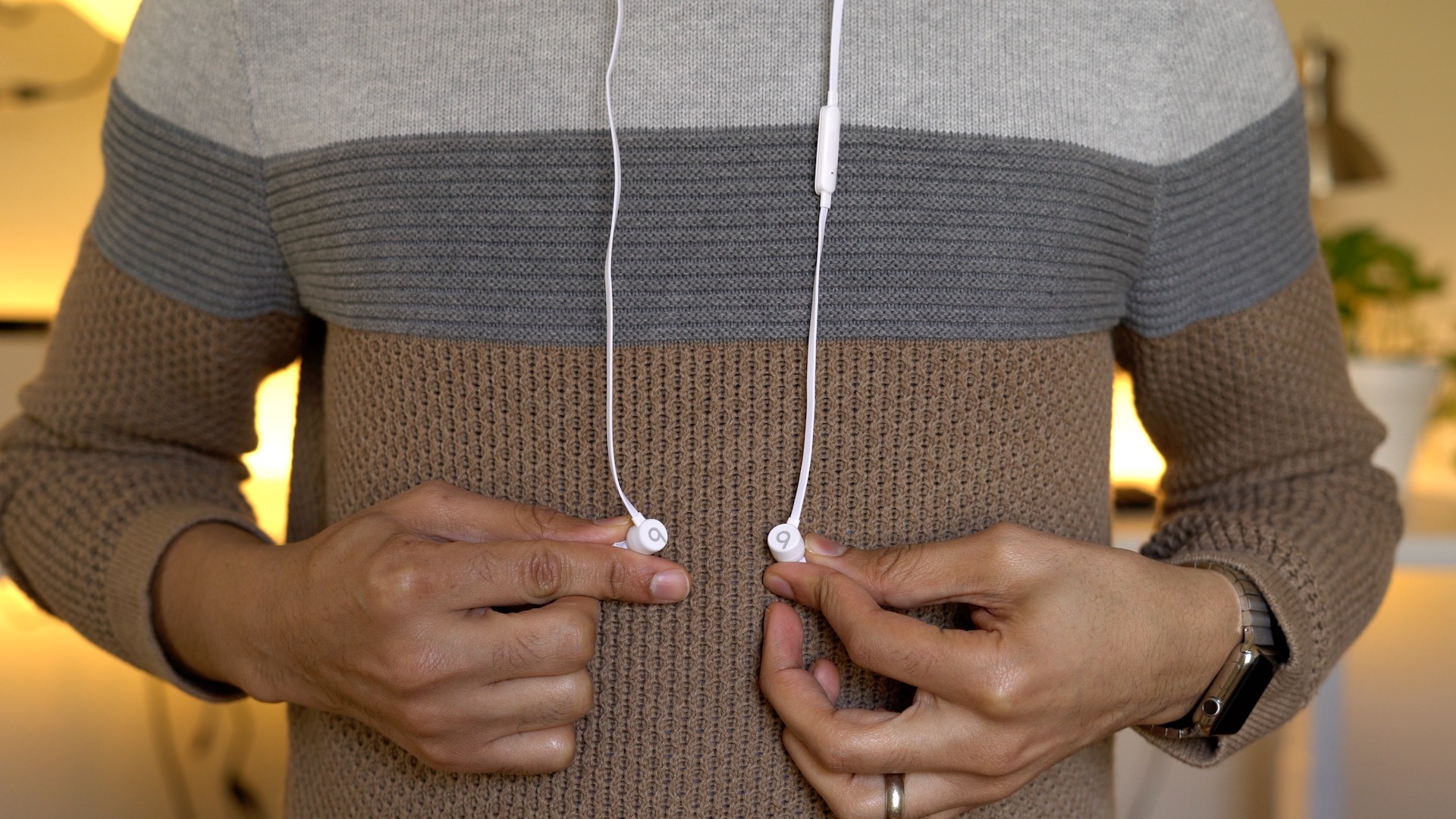 The highly anticipated BeatsX are the latest pair of wireless earphones to feature Apple’s W1 wireless chip, which makes it easy to pair and switch between eligible iOS devices.

First revealed at Apple’s fall iPhone event, the BeatsX have experienced a few delays on their way to last Friday’s release. The white and black versions are currently available for in store pickup and shipping, while the newly-revealed grey and blue versions are scheduled to ship in 2-3 weeks.

How do the BeatsX stack up to the similarly-priced AirPods? Are they a good option for users looking for a pair of Bluetooth earbuds? In this hands-on video walkthrough, we’ll take a look at some of the top BeatsX features in our quest to answer those questions.

The W1 chip is no longer new, but it’s just as convenient. This chip allows the BeatsX to seamlessly pair and switch between iOS devices, the Apple Watch, and sync pairing information across iCloud-connected Macs. As someone who predominantly uses products in the Apple ecosystem, this is one of my favorite new Apple innovations of the last few years.

Unlike the Beats Solo3 or the Powerbeats3, the BeatsX are the only headphones of the bunch to feature a Lightning port for easy charging. This allows iOS users to use any of the Lightning cables meant for the iPhone or iPad with these earphones. It also means not having to deal with annoying, non-reversible micro USB cables.

8 hours of battery life on a single charge

It’s nowhere near the whopping 40 hours of battery life of the Beats Solo3 Wireless Headphones, but 8 hours is decent, and probably enough power to make it through the day. 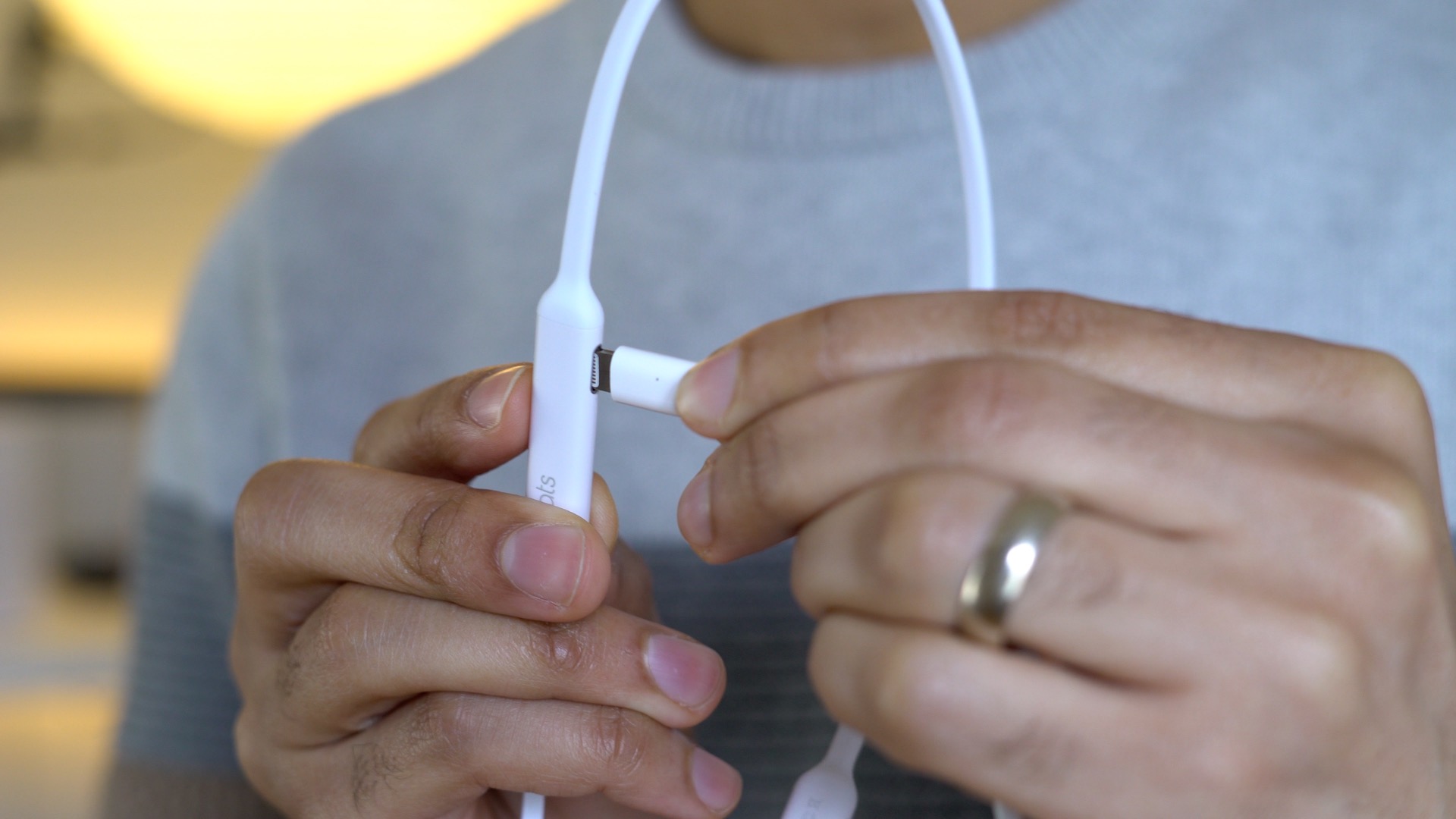 …and if 8 hours isn’t enough, there’s always Fast Fuel charging, which lends you up to 2 hours of battery life in exchange for a brief 5-minute charge.

If you find the AirPods’ single white color to be too sterile for your taste, then the BeatsX have you covered. As with most audio hardware in the Beats lineup, there are several colors to choose from, including newly revealed grey and blue options.

Cheapest pair of W1-enabled headphones that you can buy at $149.95

The BeatsX are the least expensive W1-enabled headphones on the market, beating out the AirPods by a mere $9.05. 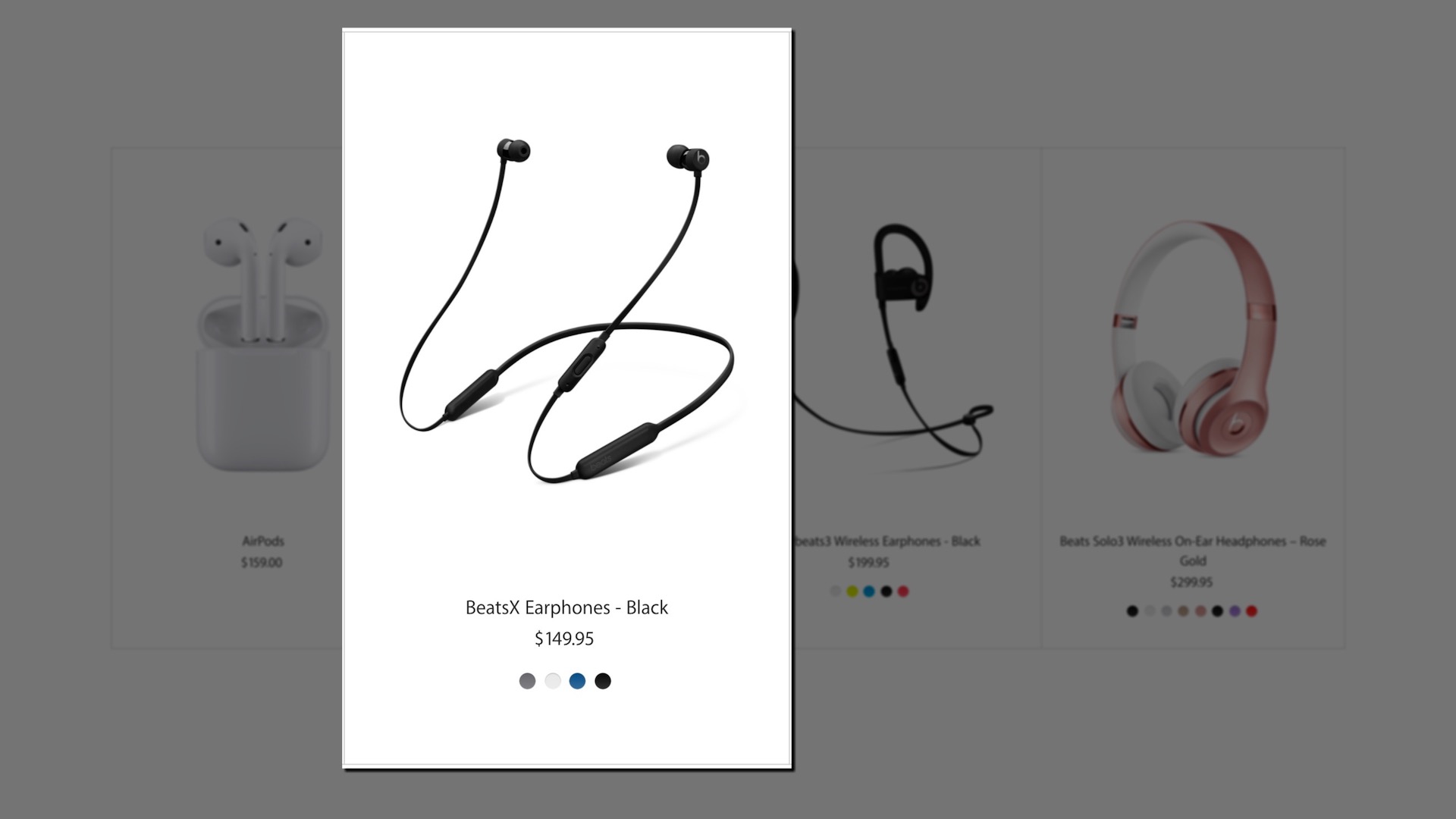 The BeatsX aren’t truly wireless like the AirPods, but the Flex-form cable that rests on the back of your neck is flexible enough to bend, which allows the earphones to be stored in a small case. 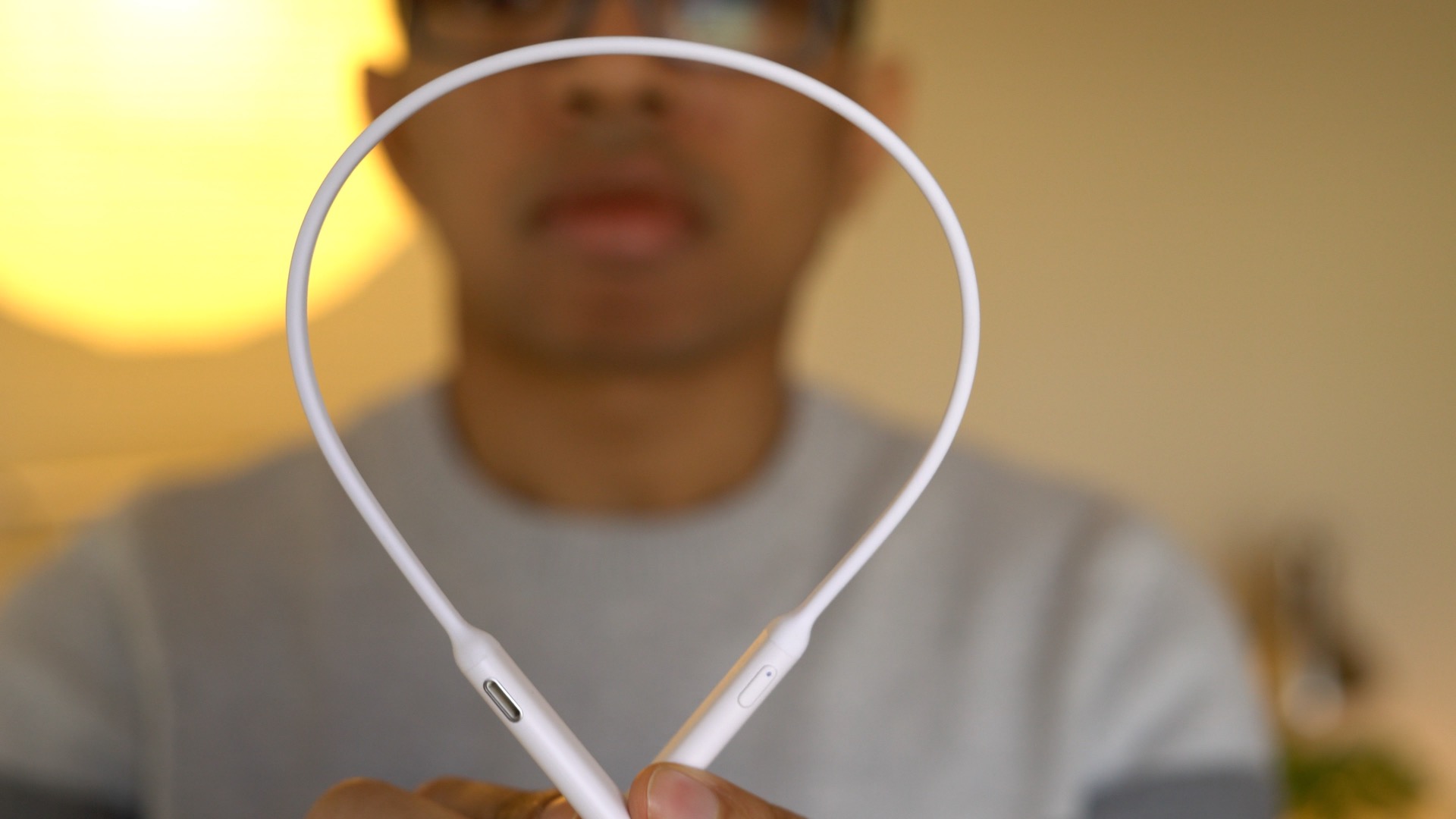 It just so happens that Apple includes a rubber carrying case inside the box. The case, which is open-ended and made out of a rubber-like material, isn’t as nice as the cases include with other Beats headphones, but it’s better than nothing.

The back of each  BeatsX earbud is magnetic, allowing them to stick together securely when they aren’t in your ears. 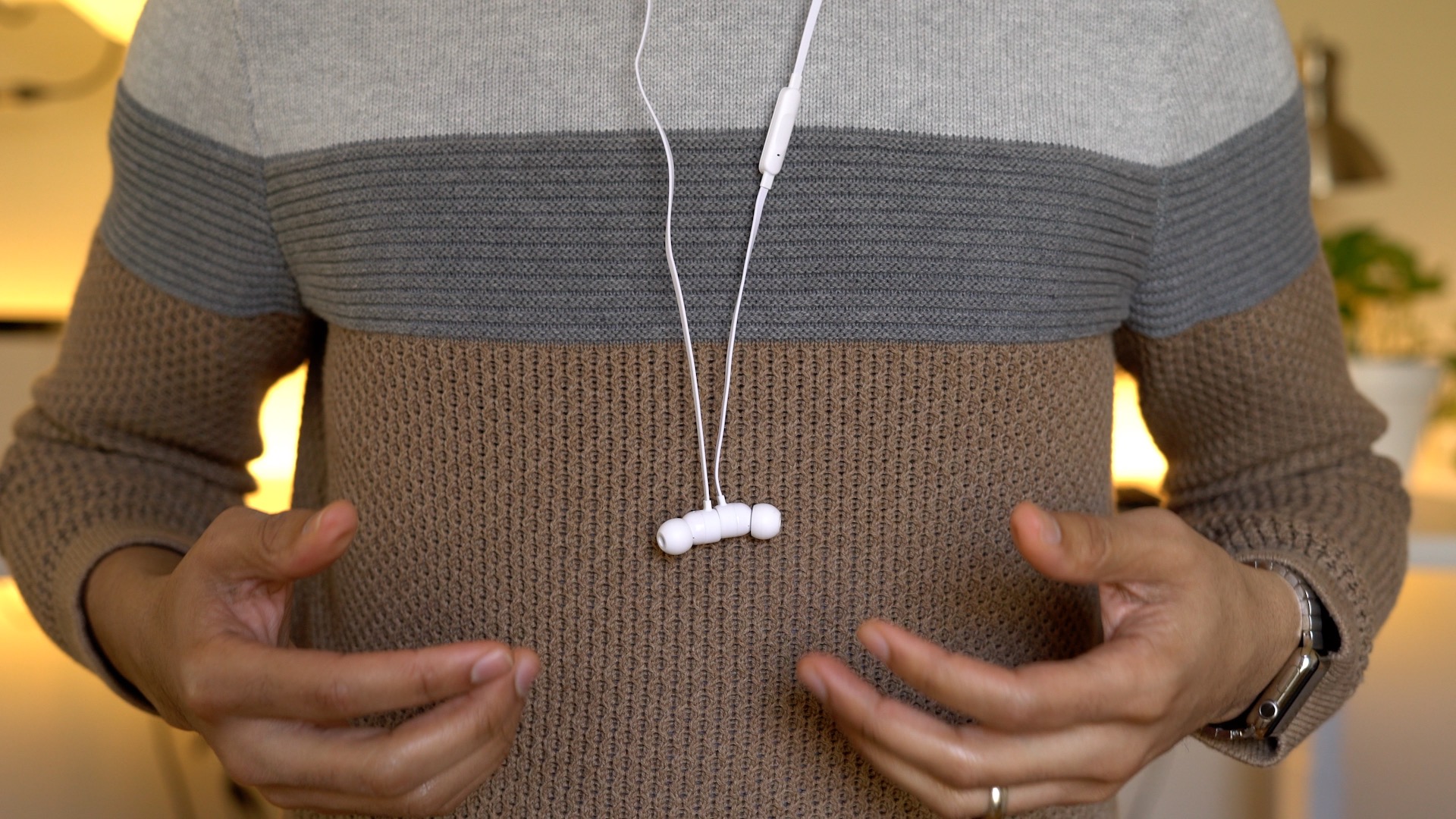 Less prone to loss due to connected design

Some may not like the fact that the BeatsX aren’t truly wireless, and after experiencing the wireless freedom made possible by the AirPods, that’s certainly understandable. On the plus side, the presence of a wire connecting the two earbuds means that the BeatsX are probably less prone to loss. 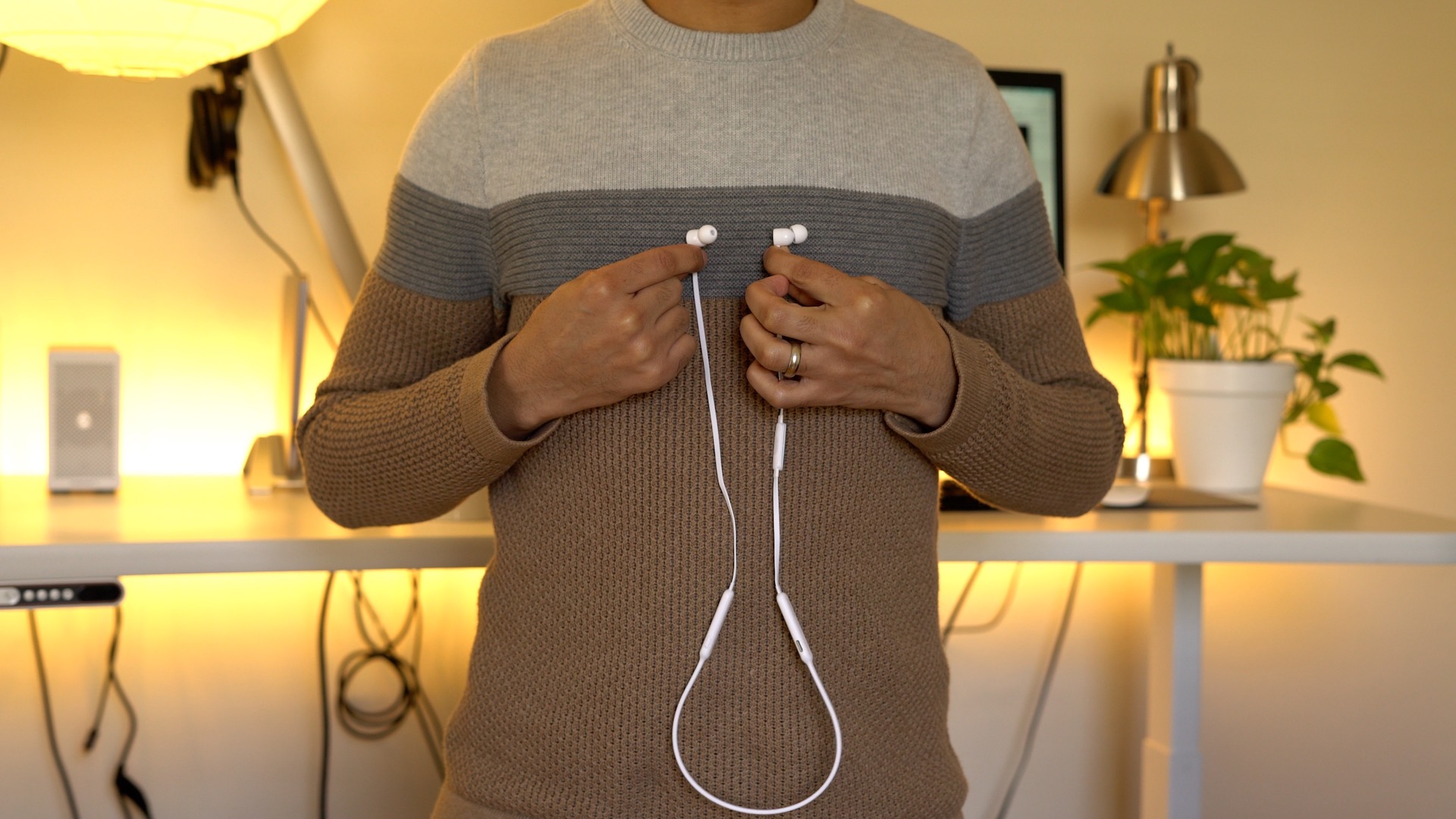 Although I can wear the AirPods with no problem when walking around, I find that any sudden movements tend to dislodge them from my ears. They fit, but they don’t fit well. Apple’s inclusion of four pairs of different-sized eartips helps to ensure that the BeatsX fit a wider variety of ear types. 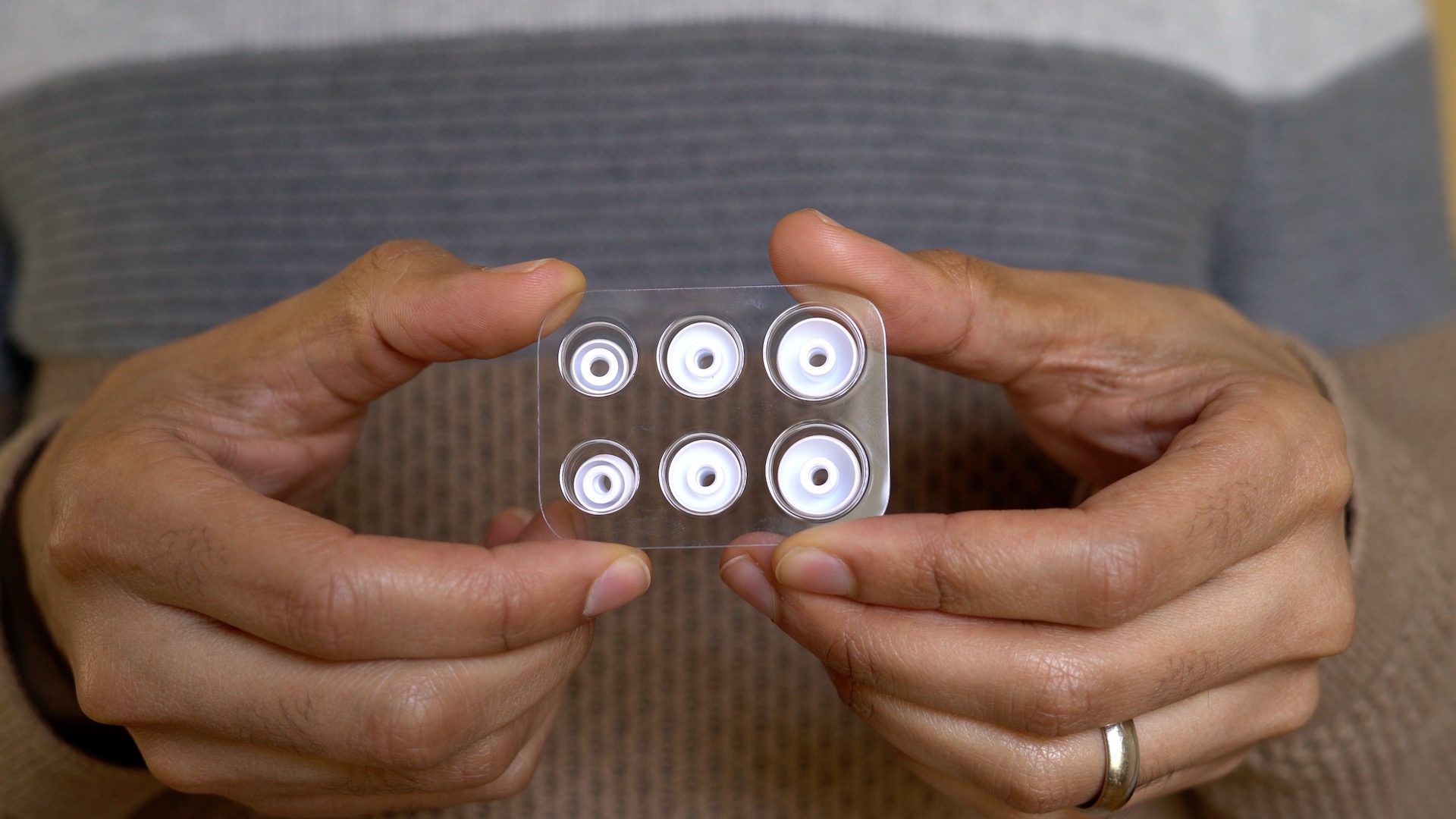 …and if the removable eartips aren’t enough, Apple has included two pairs of wingtips for an even more secure fit.

One of the big disadvantages of the AirPods is the lack of any sort of hardware control. To do almost anything on the AirPods, including something as basic as adjusting volume, you’ll need to ask Siri, or use your iPhone or paired Apple Watch. The BeatsX include a built-in inline remote control for managing phone calls, controlling music, and invoking Siri, 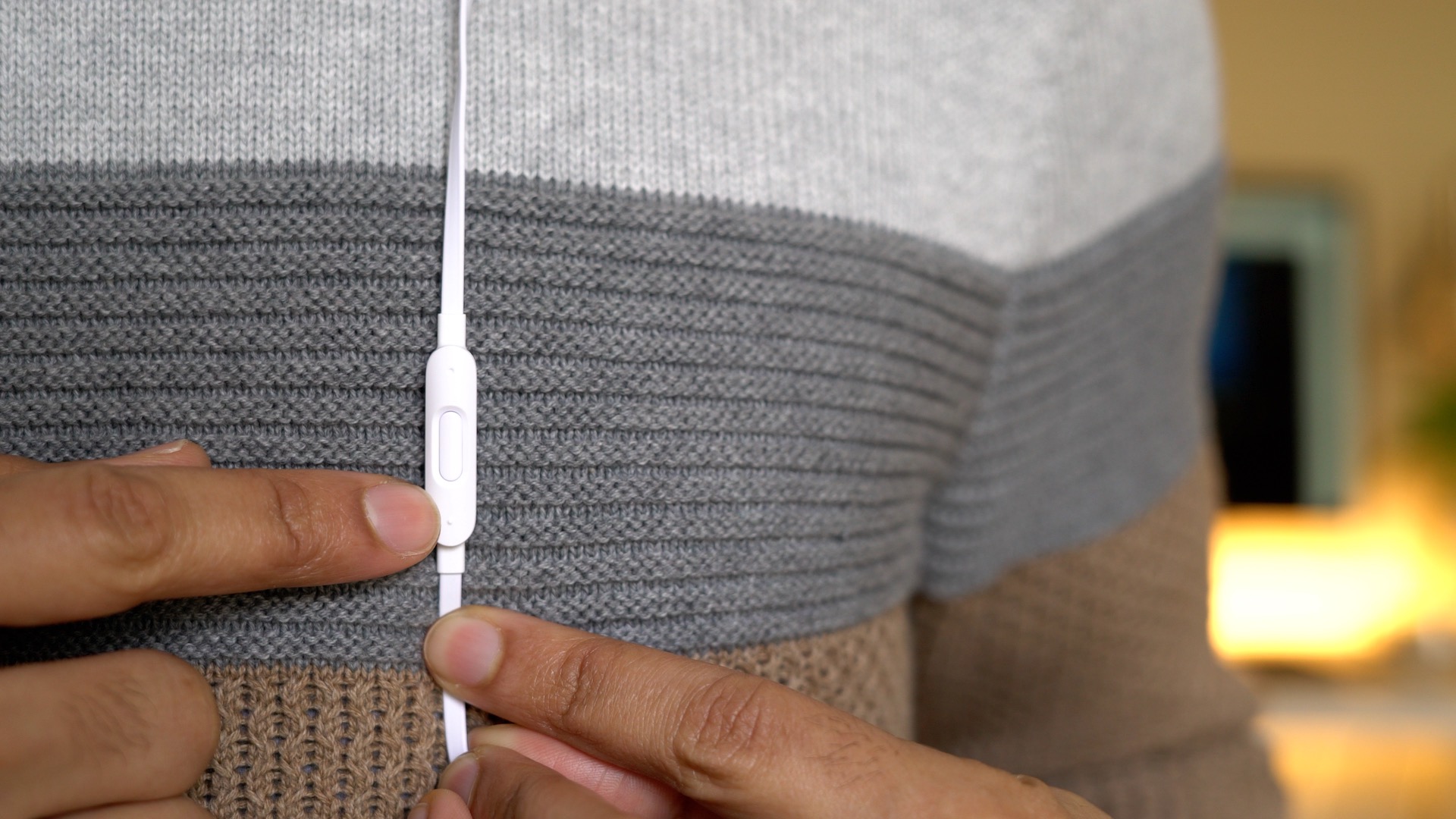 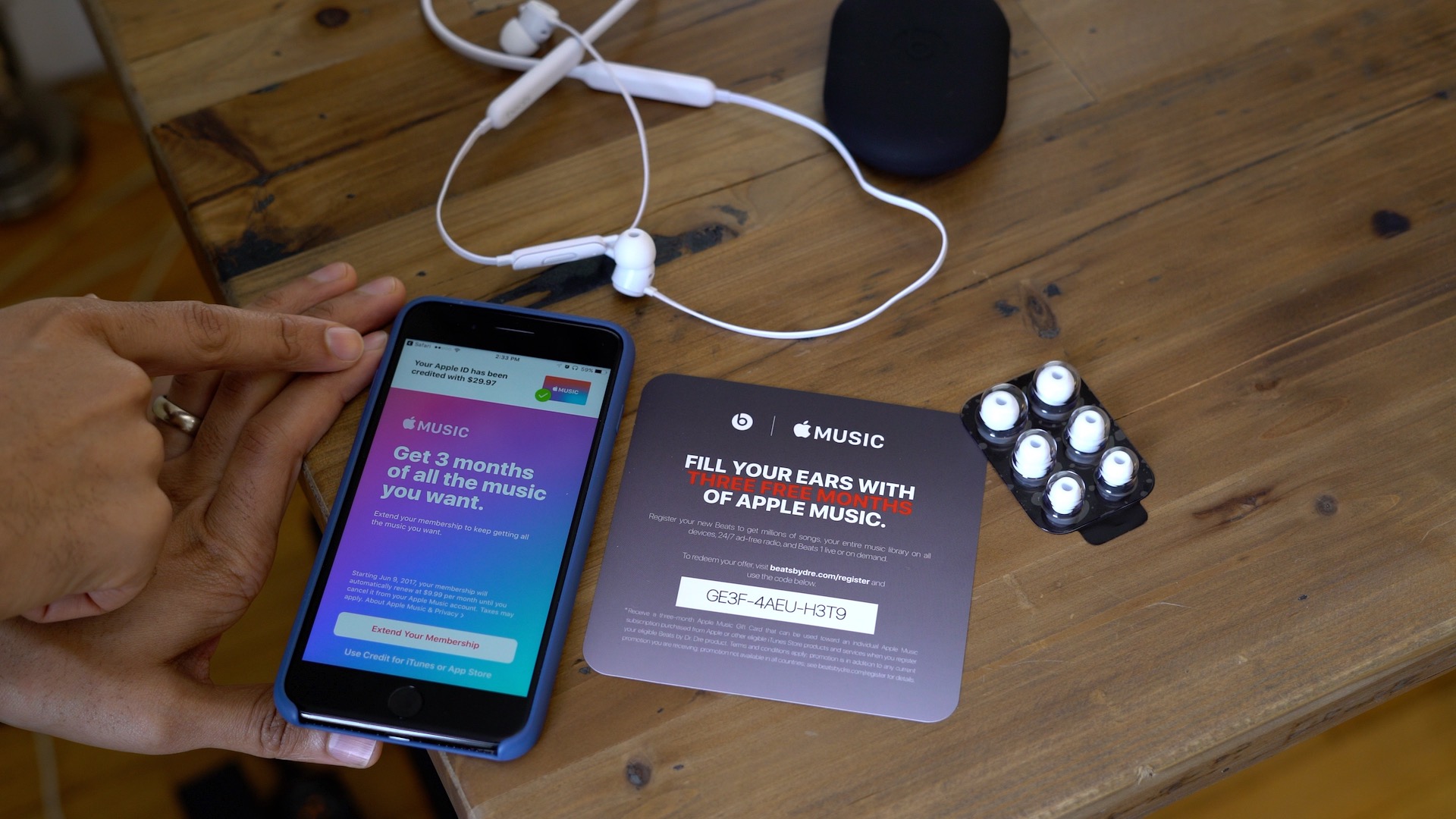 Better sound quality at lower volumes when compared to AirPods

In my opinion the BeatsX sound much better than the AirPods when listening at lower volumes. To hear the low end when listening to AirPods, I find that you really have to crank the sound, whereas low end frequencies can be enjoyed with the BeatsX at much more comfortable listening levels.

The BeatsX are a very good value at $149.95, especially when you factor in the free $30 iTunes/App Store/Apple Music gift card. While the sound quality won’t blow you away, I find that it’s better-sounding than the AirPods are, and this is especially discernible when listening at low to medium volume levels. The fact that these earbuds aren’t truly cord-free is a definite downside, as it feels quite restrictive after coming from the AirPods, but conveniences like an inline remote control help to make up for some of that.

The biggest advantage, however, is the inclusion of four pairs of eartips and two pairs of wingtips. For my ears, the BeatsX fit much better when employing larger eartips and wingtips. I could never dance around, or even run while using the AirPods without worrying about them falling out, but with the BeatsX it’s a non-issue.

If you’re all about convenience, then the AirPods are almost impossible to beat. The charging case, and true wire-free nature of the AirPods make them one of Apple’s most amazing products of the last five years. That said, the AirPods won’t be for everyone, especially if they don’t fit your ears well. Try the AirPods first, and if they don’t fit well, return them for the BeatsX. If sound quality is at the absolute top of your list, and you want a W1-enabled pair of headphones, then go for the Beats Solo3 Wireless Headphones.

BeatsX are available right now from B & H Photo Video.

Watch our other videos