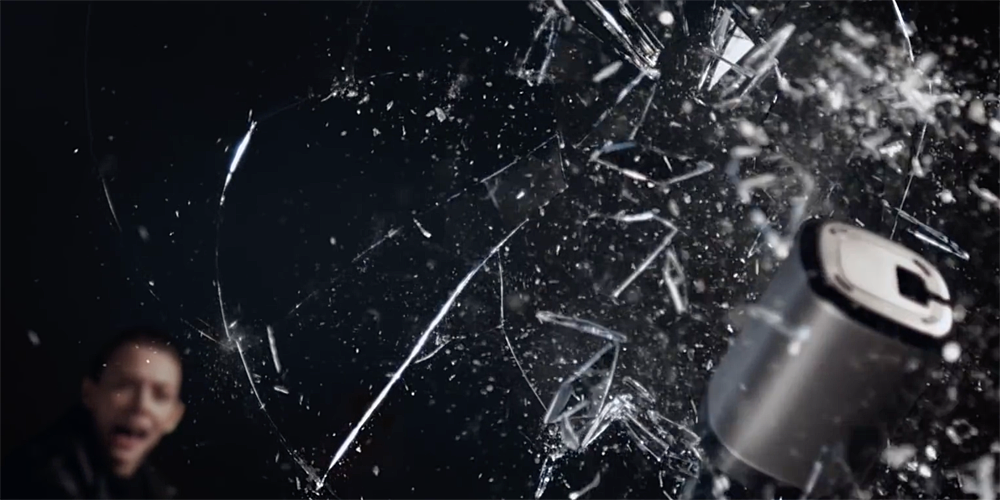 The latest Sonos ad – shown during last night’s Grammys, alongside one for Apple’s Carpool Karaoke – echoes Apple’s famous ‘1984’ commercial, the hammer thrown through a screen replaced by a speaker thrown through a window. The Verge isn’t a fan.

This is no critique of capitalism, or the American way, or even the dehumanizing effect of technology — she’s only complaining because the people she’s observing haven’t dropped hundreds of dollars on Sonos speakers.

You can judge for yourself below. But if the ad does inspire you to invest in some Sonos tech, Brits might want to buy sooner rather than later as the company has announced that it will shortly be raising its UK prices by up to 25% …

The reason, of course, is the dramatic fall in the value of the pound following the result of the country’s Brexit referendum, as the company explained.

We pay for everything we make in US dollars. Over recent months, there has been a significant change on the US Dollar to GBP exchange rate. As a result, our existing pricing has become unsustainable and, like many other companies, we have to increase prices for all products priced in GBP.

Apple did the same thing last year with iPhones and then Macs, followed by the App Store last month. As we noted, these increases do reflect the actual shift in the exchange rate.

Sonos says that the price-rise will take effect on February 23, so you have ten days to buy at current prices. The price hikes range from £20 for the Boost through £70 for the popular Play 5 to £100 for the Playbar and Sub.