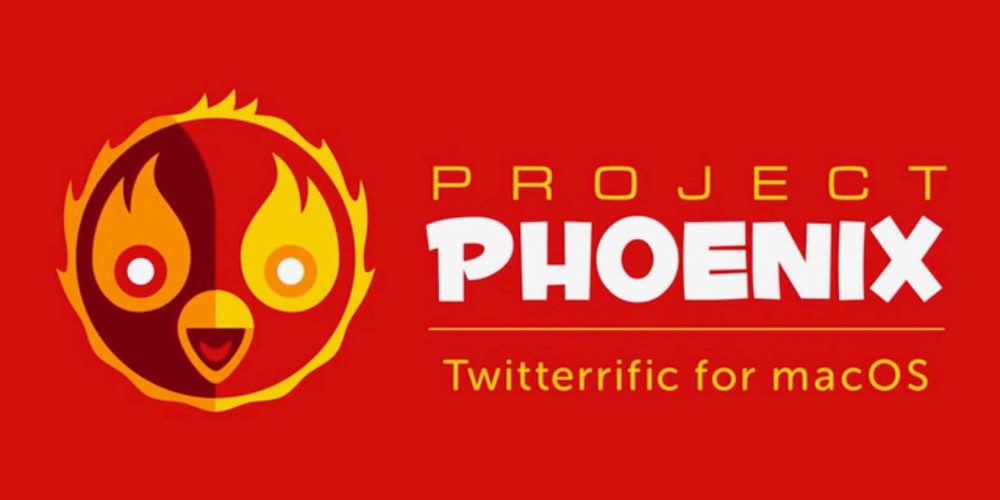 Much of Twitter’s brand identity dates back to Twitterrific which was the first client built for the service, but Twitter infamously made it difficult for developers to make a business out of Twitter apps a few years ago with a tokenization system and API limitations.

The result has been almost zero competition in the Mac Twitter client space and a lackluster official app. Development for Twitterrific for Mac has been financially unsustainable so the desktop client has become outdated with every change Twitter makes to the service.

Now Iconfactory which developers Twitterrific is launching a new Kickstarter campaign called Project Phoenix that aims to fund development of a modern Twitterrific for Mac.

In total, Iconfactory is looking to raise $75,000 from the Kickstarter campaign over the next month. Pledges with rewards range from $15 to $1,000 or more for the ‘Epic’ package, although the $500 and $1,000 or more tiers are limited to just a couple of backers.

Iconfactory plans to ship the new version of Twitterrific for Mac around August 2017 if the project is funded.

Initially, Iconfactory’s goal is to bring Twitterrific for Mac to parity with the iOS version of the third-party Twitter client:

Building software takes time. Some of Twitterrific’s functionality on iOS can be shared with this new Mac app, but even though that will save us some effort, creating a new app from scratch is not a simple process. In the long run, we’d like to bring Twitterrific for Mac to feature-parity with the iOS app, but before that can happen we need a solid foundation to build upon.

But if the Kickstarter campaign goes above the base level funding goal, Iconfactory has already detailed future features that they would like to implement:

We have a lot more ideas, though, and if we raise over $100,000, then we’ll follow up with another major version that includes as many of these as we can:

If, against all odds, we manage to raise over $125,000, then we’ll continue adding as many of the following features as possible: