Comment: Apple struck exactly the right note with its naming of Apple Park, as we learn more [Poll] 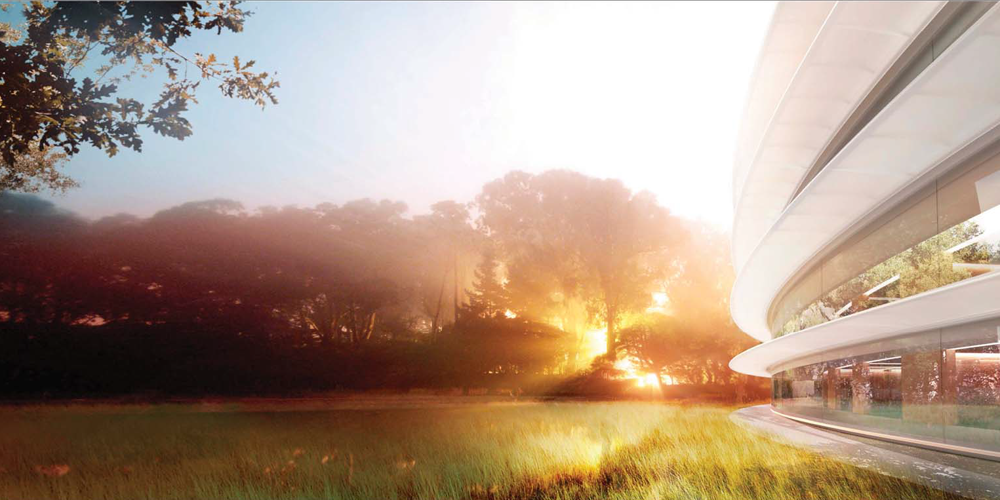 While we’ve all been able to follow the construction progress of Apple Park thanks to drone footage, the company kept us waiting a long time before finally revealing two things: what the campus would be called, and when employees would move in.

The name attracted quite a bit of attention, with some feeling that it was perhaps a little tame to describe such a dramatic building – but I think Eli Schiff hit the nail on the head.

Xerox Parc was where the Macintosh story really began, and I think Apple did indeed intend to reference that when it chose the name for its new campus …

It was Xerox’s Palo Alto Research Center – or Xerox PARC – where Steve Jobs first saw the company’s work on what was then a revolutionary idea: a graphical user interface. All computers of the time were controlled by typing commands, and word processing documents were just text with embedded commands to indicate things like ^bbold^b and ^iitalics^i.

The PARC team had come up with a visual interface which had icons, windows, folders and pop-up menus – all controlled by a then-new device called a mouse. PARC’s word processing system was WYSIWYG: What You See Is What You Get. Things like bold and italics appeared on-screen.

Apple was already working on some kind of visual interface for what would become the Lisa and then the Macintosh, but Steve was blown away by the totality of what he saw.

It was like a veil being lifted from my eyes. I could see what the future of computing was destined to be.

Xerox later unsuccessfully sued Apple for stealing its work, a case it lost when Apple successfully argued that it had been inspired by the concepts but developed its own implementations. Steve quoted Picasso in defending Apple’s approach.

Picasso had a saying – good artists copy, great artists steal – and we have always been shameless about stealing great ideas.

So much as I smiled at the suggestion of a couple of our readers who yesterday suggested that the campus should have been named The Orchard, I think Apple Park – with its hat-tip to the origins of the Mac – is a nice touch.

Some have suggested that the entire campus should have been named after Steve. I disagree, partly because I think Jobs himself would have hated the idea, but mostly because it’s important to acknowledge the past while moving forward. Apple Park achieves both.

Naming the auditorium after Steve was the perfect compromise. It will be the focus of new product announcements, and is also the environment that Steve made his own: the keynote presentation.

Apple handled this one perfectly.

We’ve also been learning a little more about Apple Park from the San Francisco Chronicle. The 175-acre campus is, we’re told, the largest construction project in Cupertino since the Vallco shopping mall was built-in the 1970s.

More than five billion square feet of bare concrete and asphalt from its previous life as an HP office park have been transformed into a landscaped area with more than 9,000 trees, all native to the region. It’s been estimated that the visitor centre will attract hundreds of thousands of people per year.

While Apple hasn’t revealed the total cost – estimated at more than $5B – one architecture academic believes it is money well spent.

The design will help the company recruit, and also reflects how Apple is always pushing the envelope on technology, said Mina Chow, a senior lecturer at University of Southern California School of Architecture.

Do you agree that Apple struck the right note with the naming? Or should it have chosen a different name? Take our poll, and share your thoughts in the comments.