Tim Cook calls AirPods a ‘cultural phenomenon’ at shareholders meeting, says Apple will ‘do more in the pro area’ 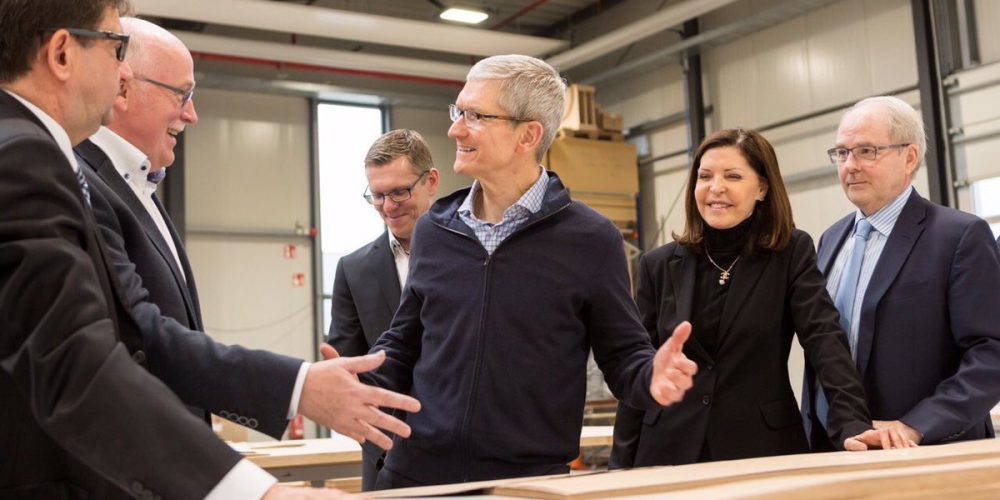 Apple held its annual shareholders meeting at its headquarters in Cupertino today where top lawyer Bruce Sewell and CEO Tim Cook fielded questions and comments from investors. Nine proposals were detailed and voted on in total, followed by the re-approval of each board member. Cook also fielded some interesting questions including one on Apple making a round dumb phone with smart features and Apple’s plans to do more in the pro space…

The meeting opened with Cook telling attendees that it would be the last to take place in Town Hall at 1 Infinite Loop. Apple Park opens in April for employees so next year’s shareholders meeting will take place at Steve Jobs Theater at the new headquarters.

Nine proposals were detailed including five investor proposals and four company proposals. Investors proposed various changes including mandating diversity actions at the executive level for the third year in a row and changing how executives are compensated, but only Apple’s own proposals were approved.

During the question and answer segment with Tim Cook, the chief executive said Apple is making AirPods as fast as it can and called the wireless earbuds ‘quite the cultural phenomenon.’ Cook also answered an investor’s question about the safety and health risks of wearing AirPods by saying they wouldn’t be on Apple’s website if there were any issues.

Apple also aired a black and white AirPods promo video during this segment of the meeting, although these are not streamed or photographed.

Cook also emphasized Apple’s services business during the shareholders meeting, noting that Apple Music has over 20 million subscribers (which the company has been repeating for the past few months).

He also proposed a new figure: 150 million subscribers across all properties. In this case, Apple generously counts subscribers to third-party services like Netflix and Hulu that bill through iTunes since Apple takes a cut.

Finally, Cook noted that Apple has 491 retail locations across 18 countries and that the company’s energy usage currently comes from 93% renewable resources. He added that Apple is working to improve diversity across both the company and its suppliers, many of which are based in the United States including 3M and Corning.

During the Q&A segment, Cook fielded a few off the wall questions while also hinting at future products.

One investor reportedly asked about Apple making a “super smart dumb phone” with navigation and better battery life in a round design. Not surprisingly, Cook replied that he’s “not sure we’re going to create a round phone.”

Cook also hinted at Apple’s product pipeline by promising Apple will “do more in the pro area.” Cook called out the creative field as especially important to Apple while pushing back against the notion that Apple is too consumer focused now. “Don’t think that something we’ve done or something we’re doing that isn’t visible yet is a signal that our priorities are elsewhere.”

Apple also acknowledged Warren Buffet’s recent Berkshire Hathaway investment while adding that “they tend to be a longer holder.”

Finally, Tim Cook responded to a question about the Trump administration’s position against Net Neutrality, which seemed to catch the executive off guard.

While Apple has been vocal about a number of policies from the new president’s office, Cook downplayed his response here: “We stay out of politics but stay in policy. If Net Neutrality became a top thing, we would definitely engage in it.”

Cook also added that Apple is not a major lobbying company in comparison to others, but it believes all content should be treated the same.