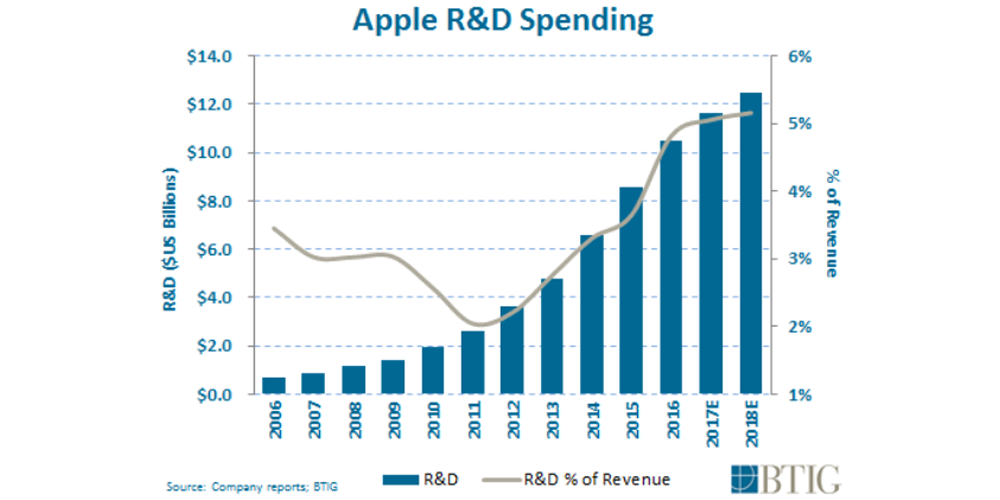 Apple appears to be the darling of analysts at the moment. A week after one analyst opined that the company ‘has Samsung on the ropes like never before,’ investment bank and brokerage company BTIG has raised its price target for the stock from $133 to $165. At the time of writing, the stock is trading at $136.99.

BTIG says that it is basing the large boost in valuation on anticipated growth in both 2017 and 2018, as well as the potential for new product categories …

Analyst Walter Piecyk says that although it expects both Mac and Services revenue to grow, this will be offset by further iPad decline. The iPhone is expected to be the key driver for growth, BTIG making the usual argument that a significant upgrade this year coupled to a high percentage of iPhone owners still using older phones creates the opportunity.

The majority of iPhone users remain on legacy products and provide a latent opportunity for higher upgrade rates in 2017.

The note suggests that the increase in earnings per share will hit double digits next year, growing by 5.4% in 2017 and 11.4% in 2018 – though it notes that these numbers do rely on Apple continuing its share buybacks of around $10B per quarter.

Apple’s R&D budget has doubled in the past 3 years and risen to nearly 5% of revenue from nearly 3% in 2013 […] Apple has also grown its cash to $246 billion from $159 billion over past 3 years despite giving back $155 billion on dividends and share repurchase over that time. This provides management with tremendous flexibility to make acquisitions to enter new product or service categories, if its elevated R&D investments have not produced the desired results.

The company says that there are ‘numerous directions’ in which the company could head, alluding to recent press coverage but not specifically referencing any particular category. Augmented reality does, however, appear to be one focus for Apple at present, with UBS yesterday suggesting that this tech could debut in the iPhone 8.