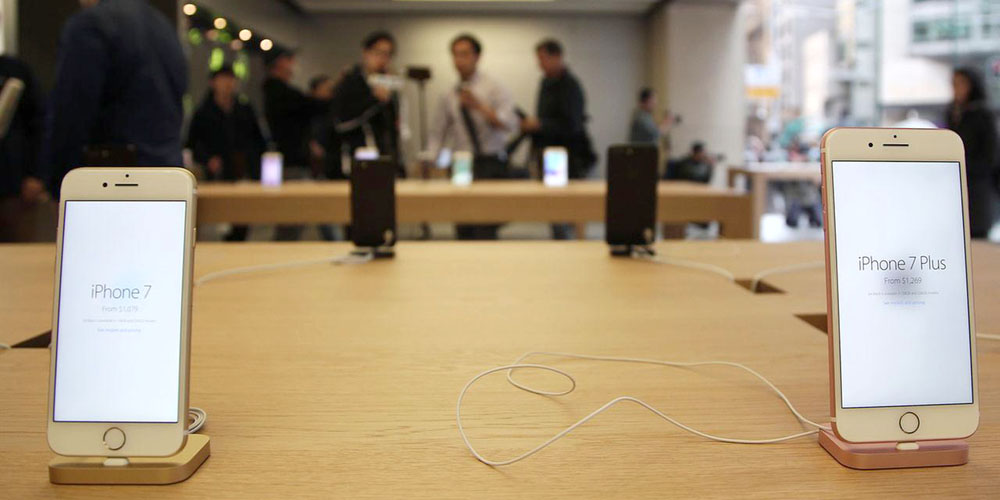 The latest Kantar data shows that iOS continued to grow its market share in all but three countries – with the iPhone 7 remaining the top-selling smartphone in the largest markets.

In the three months ending January 2017, iPhone market share in the U.S. was up 2.9 points year-on-year to hit 42%. This was a 1.5% increase on the two-year record reported for the previous quarter. All Android manufacturers combined totalled 56.4%, with other mobile operating systems all essentially now irrelevant.

In Europe, the iPhone retained its 22.7% share, with the iPhone 7 the best-selling phone in France, Germany and the UK. iOS did, however, see its market share fall in three markets …

The fall in market share was seen in Japan, Spain and Urban China. The hit was hardest in China, where Android climbed a dramatic 9.3 points for a share of 83.2%, while Apple saw its own share fall to 16.6%. Even in this market, however, the iPhone 7 remains the top-selling phone, said Kantar.

While many new Android devices had been launched at MWC, their impact in the USA was minimal, reported the company – with three companies continuing to dominate the market.

It is difficult to see the impact of all the devices launched at MWC 2017 from the perspective of a US consumer since many of them are not initially planned for sale in the US. Seventy percent of the US domestic market is dominated by Apple and Samsung, and the third largest manufacturer, LG, accounted for an additional 11.1% of sales in the three months ending January 2017.