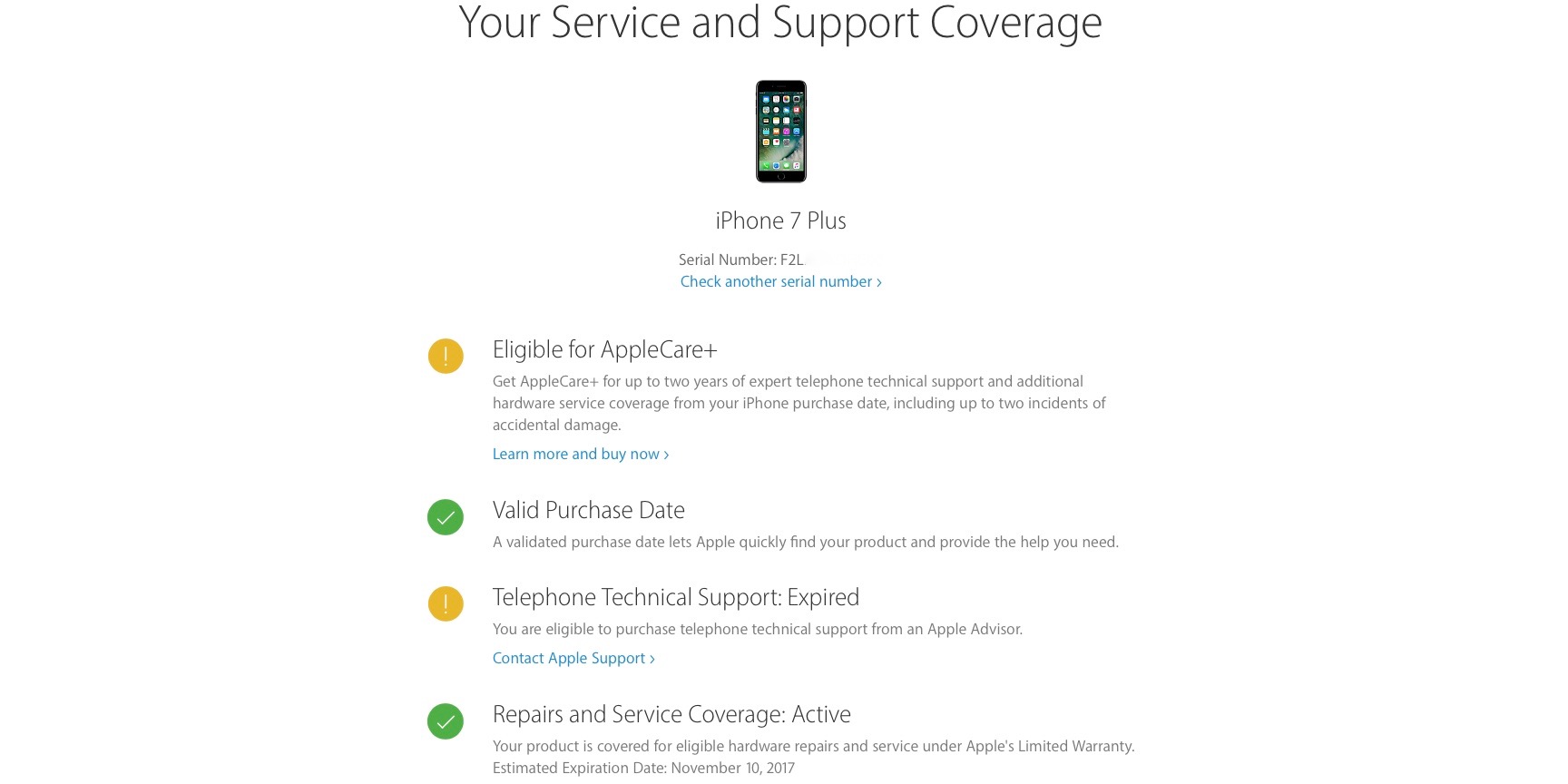 [UPDATE: It appears that Apple is back to offering a 60-day window for adding AppleCare+. It’s unclear if the 1-year window was a mistake or if Apple decided to revert back to the previous timeframe. Thanks, Don!]

Although Apple’s information page for AppleCare+ hasn’t been updated yet, it is now possible to add the AppleCare+ extended coverage to iPhones within a year window, instead of the previous 60 day limit.

You’ll notice in the image below that my iPhone was purchased in November 2016 with coverage expiring November 2017. However there is now a notice at the top showing “Eligible for AppleCare+” along with a link to “Learn more and buy now.”

We’ve tested this with an iPad and Apple Watch and it seems this change only applies to iPhones, at least for now. We’ve also be able confirm this update with Apple employees and this doesn’t seem to be available in other countries besides the US for now. 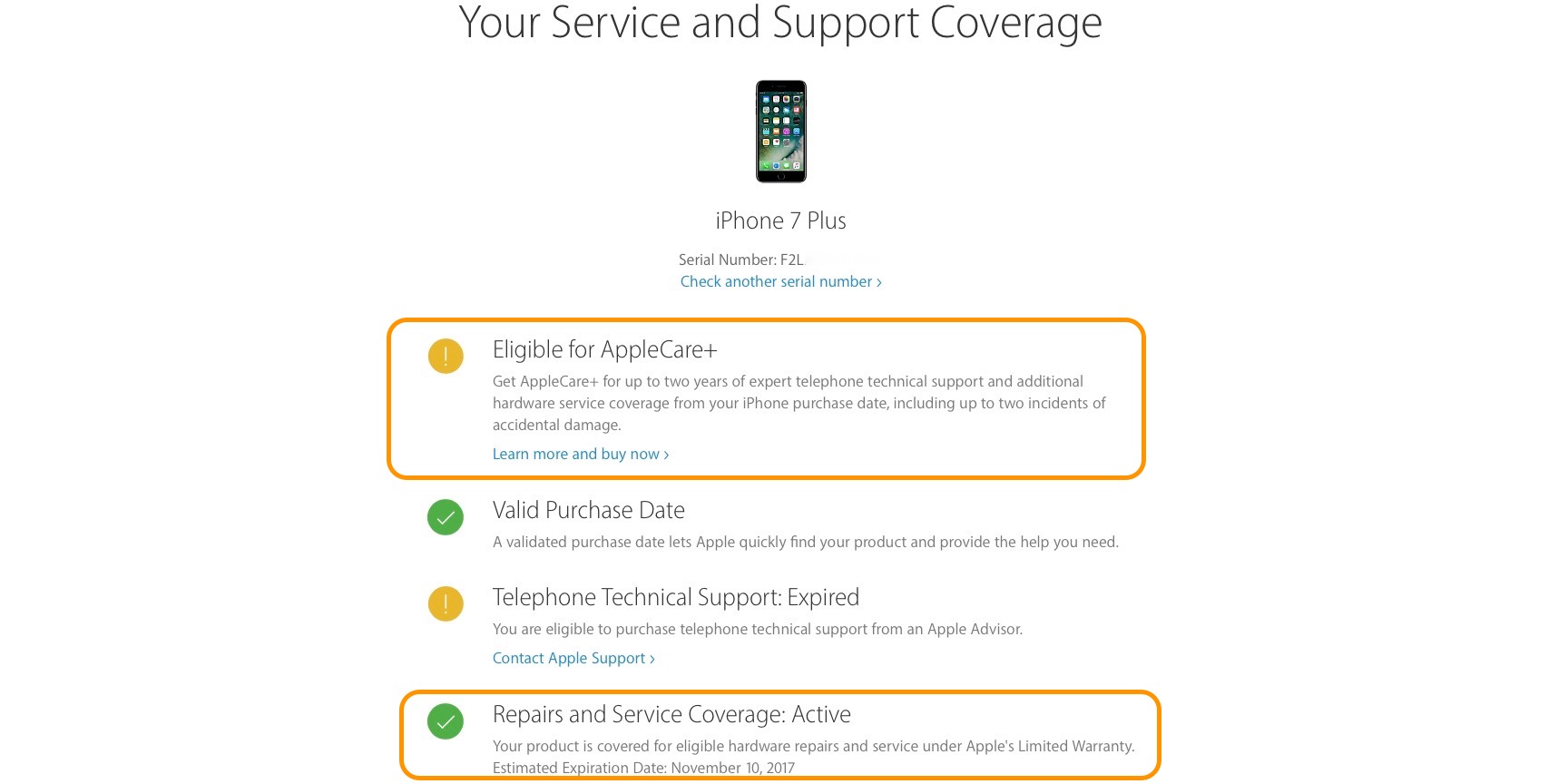 The link leads to the following page where Apple offers the option to buy the extended coverage. 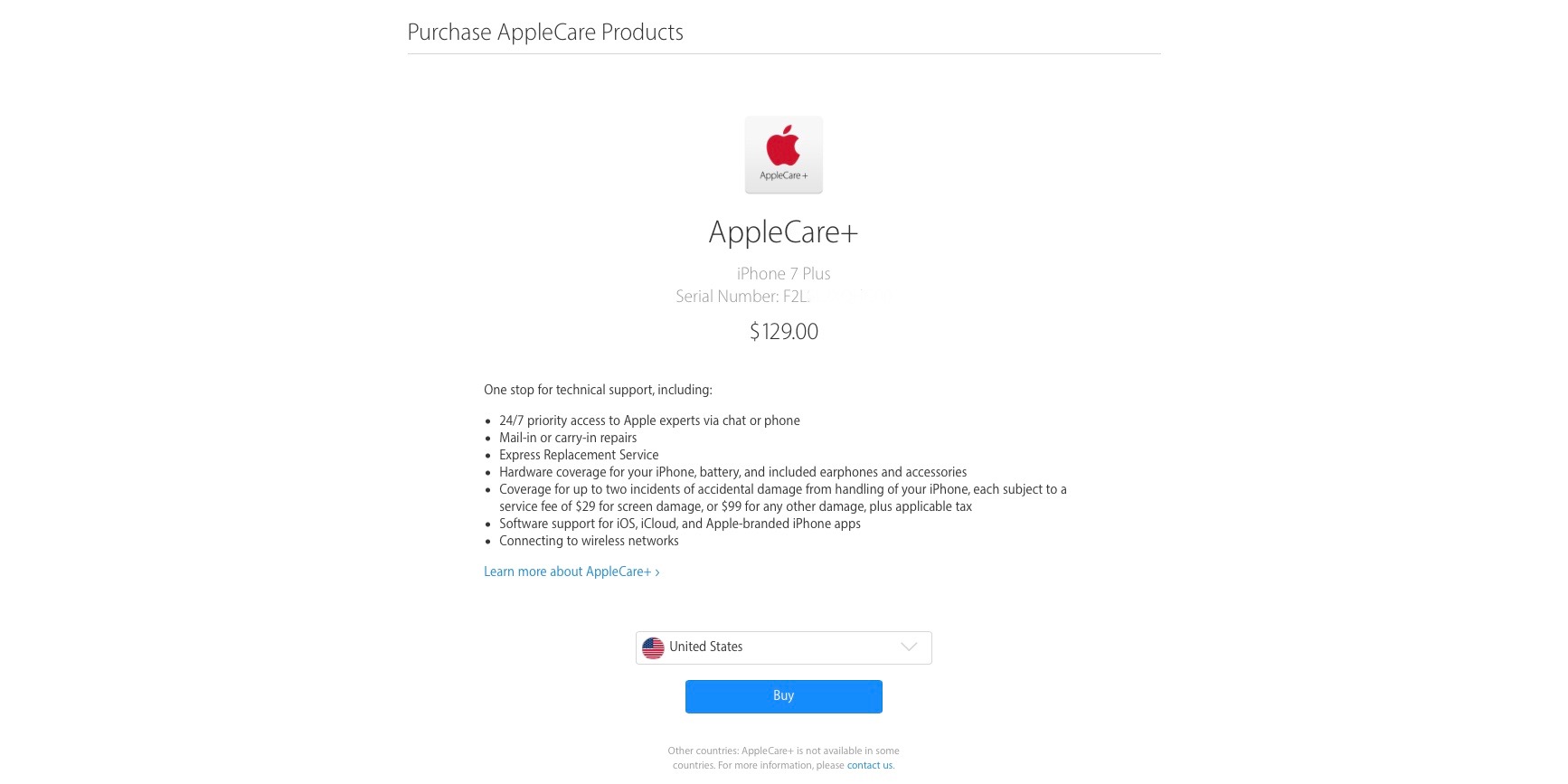 In Apple retail stores an inspection of the device is required before purchasing AppleCare+, although Apple also offers to sell the service agreement with remote diagnostics.

This new option to add AppleCare+ to iPhones within 1 year now matches the Mac AppleCare window and will also likely help with Apple’s goal of doubling their services revenue in the next four years.