EduTech: What Apple can do to win back Chromebook users & improve the education system

One story that’s been making the rounds in the media recently has been Apple’s role in education as it faces increased competition from products like Chromebooks.

Earlier this month, we reported on new data that claimed both iOS and macOS again were losing marketshare to Chromebooks. In the US, Chrome OS saw its share rise to 58 percent in 2016, up from 50% in the prior year. On the other hand, iOS dropped to 14%, down from 19% in 2015, and macOS dropped to 5% share, down from 6%.

In your education environment, what technology should be implemented? What can Apple do to improve education?

There are a variety of things to consider in this argument, the first being price. There’s no way around it: Chromebooks are more affordable than Apple devices. You can get one for as little as $134 and partnerships between Google and school corporations are plentiful, making the price even lower than that.

On the other hand, iPads have gotten significantly cheaper over the years. You can currently get an iPad Air 2 for $379 from Apple’s Education Store, while the company also works with corporations and universities to get that price down even further in some cases. That’s not to say, however, that Apple shouldn’t work to further reduce the price of the iPad for educators. Apple operates on one of the highest profit margins in technology and given how big of an emphasis Steve Jobs put on education, I personally am of the belief that Apple should work to provide iPads at cost to educators and schools.

Pricing argument aside, however, there are other things to consider. And in my opinion, once you get past pricing, the advantage start to lean towards Apple.

The biggest thing that the iPad has going for it in education is the ecosystem.  The iOS ecosystem is, in almost every way, the most advanced and established ecosystem there is right now. The App Store offers thousands of apps made purely with education in mind, some of which we’ve highlighted thus far in EduTech.

That’s not to say the Chromebook ecosystem is lacking, though. Essentially, a Chromebook offers a full-powered browser that can get you many of the same services that iOS apps also offer. Chromebooks are also becoming more advanced with support for apps, but that feature is still in the early stages and still rolling out to devices.

Another thing to consider here is security. Both Google and Apple offer tools to educators to ensure that students don’t have access to anything that could compromise their device, but the app-focused nature of iOS gives the iPad somewhat of an advantage here. Given that apps are reviewed by Apple before being made available to users, there’s less possibility of security compromises compared to the open web experience that Chromebooks offer.

Another argument to consider when deciding between Chromebook and iPad is the design of each product. iPads are much sleeker and lighter than most Chromebooks, but with Chromebooks you get a full physical keyboard. That’s obviously a huge advantage for productivity, especially for note taking and content creation.

Building off that argument, however, is the iPad accessory ecosystem. As we detailed last weekend, there are a multitude of accessories available for the iPad that significantly enhance its usage in education. While it’s more expensive to add a keyboard to the already more expensive iPad, it offers more flexibility than the Chromebook.

Apple is also making efforts to improve iOS for education. The company offers a Classroom app that makes assigning working, sharing iPads, and much easier for teachers and administrators:

Classroom turns your iPad into a powerful teaching assistant, helping a teacher guide students through a lesson, see their progress, and keep them on track. With Classroom, you can easily launch the same app on every student device at the same time or launch a different app for each group of students. Classroom helps teachers focus on teaching so students can focus on learning.

The technology in education argument, however, goes much deeper than comparing Chromebooks and iPads…. 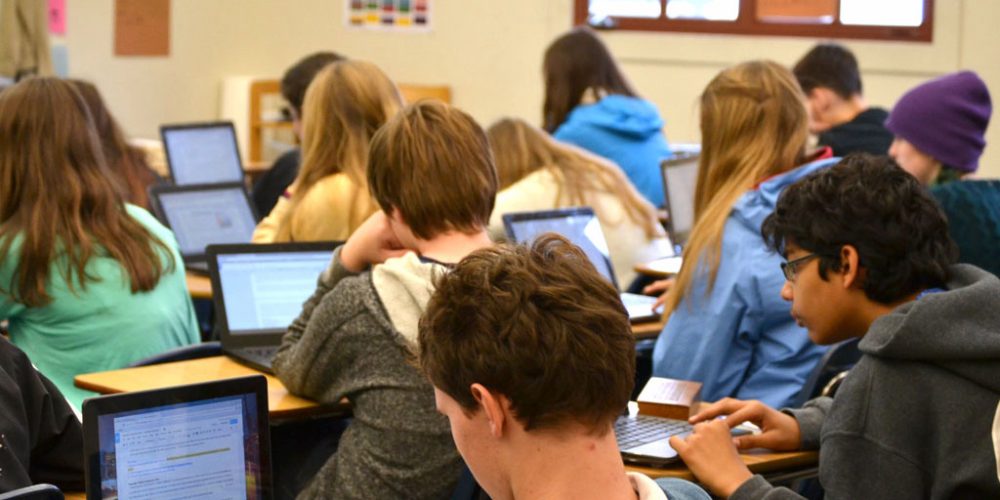 Last year, Ben Lovejoy wrote a great op-ed piece highlighting 8 reasons why iPads are losing to Chromebooks in education. He argued that things like price, past failures, and software holes were some of the things Apple could improve upon in education. You can read Ben’s full piece for all of his thoughts, but I happen to agree almost entirely with him.

Apple is losing in the education market. There’s no way around that fact. Educators are starting to more often choose Chromebooks over iPads, a decision that almost certainly stems from price and the ever-decreasing budgets with which school corporations have to work. Apple needs to do more in this area. Education markets a huge, nearly entirely untapped, opportunity for the company.

One of the things I admired most about Steve Jobs was how much he valued the education system in the United States. And how he knew it needed to improve. Jobs also realized, however, that technology alone couldn’t fix education. He said in a 1996 interview with Wired:

Apple can do more with education, offering iPads at cost to school corporations, building an ecosystem focused on learning, and even stepping into some of the non-technological problems. Like or not, Tim Cook has turned Apple into a voice a variety of social problems and if he’s going to keep that up, I’d really like to see him extend into education and use Apple’s power and money to improve education in any way way that it can. 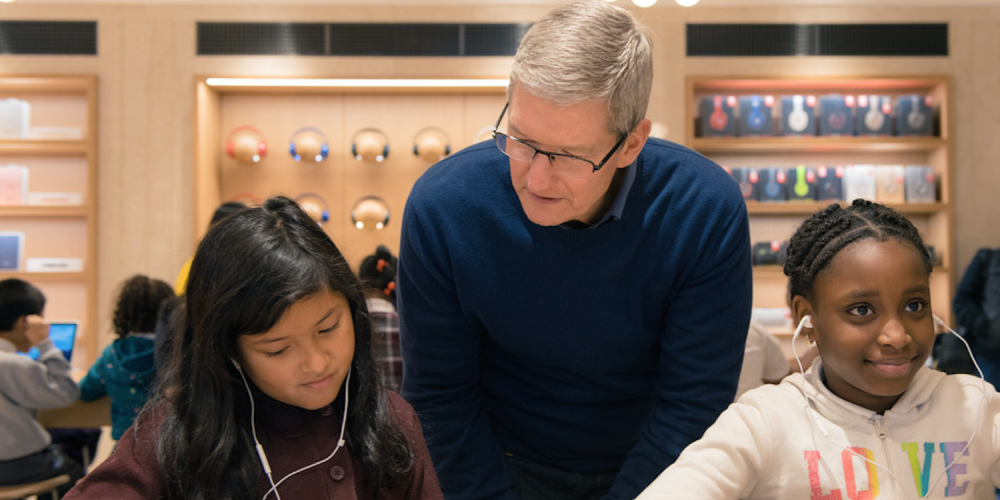 Cook has touched on education in the past, calling Chromebooks nothing more than “test machines,” but it seems to me like Apple hasn’t been putting as big of a focus on education as it once did.

“I’m not a fan of teaching to the test. I think creativity is so important. Training the mind how to think is so important. Teaching to the test, to me, is too much about memorization. In a word where you’ve got all the information you’ve got right here,” Cook gestured to my iPhone, “your ability to memorize what year a war was won and all this kind of stuff isn’t very relevant. The classroom of the future is problem-solving and creating and learning how to express yourself.”

What Cook describes sounds great, an education system focused less on testing and more on creativity. But I continue to hope that Apple will do more in this area to help improve education around the world, rather than just talk about how it should look. Cook has put shareholder desires aside for things like environment reform, why not do the same for education?