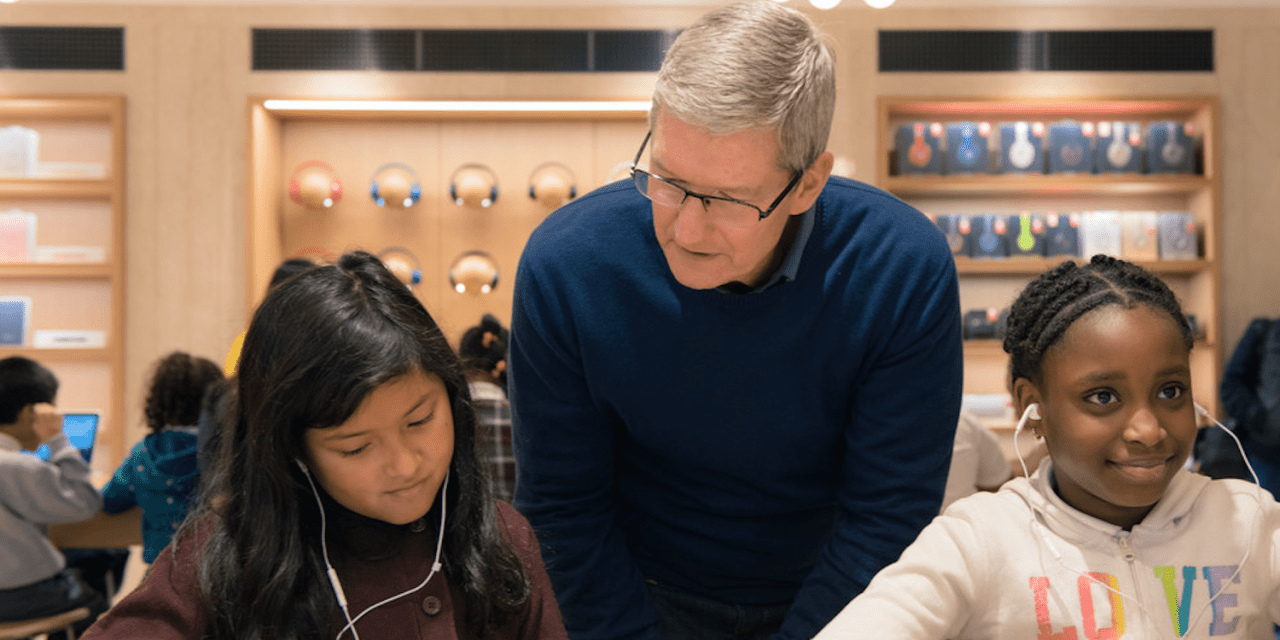 Following his RFK award acceptance speech last night, Tim Cook this evening made a surprise appearance at Apple’s new Upper East Side retail store in New York. Apple is set to kick off its Hour of Code program in all of its retail stores tomorrow, but the Upper East Side store held its first session today.

Speaking to Mashable at the Apple Store, Tim Cook talked about education and how he believes the education system in America needs to be reinvented. For one, Cook believes that coding should be a required course in schools. ” I want to see coding be a required course like social studies, English, and mathematics in every public school curriculum,” Cook said. Asked whether or not Apple has voiced that opinion to public school system around the country, Cook said it had:

“Ultimately, the public school system and the parent has to provide,” Cook says. “What we’re trying to do is facilitate that… we selected 120 schools around the U.S. that are the most-needy schools. The bar that we drew was 97% of the students on free or reduced lunch [programs] and we’re working personally with them not just to bring in products, but bring in our people there, as well, to help teachers.”

Speaking to BuzzFeed News, Cook expressed his goal of wanting students, schools, and teachers alike to focus on learning, not on tests. Cook said that Chromebooks, which have recently been invading the education market in the Untied States, are nothing more than “test machines.”

Cook echoed this sentiment to Mashable, saying he’s not a fan of teaching to the test, but rather a fan of creativity, inspired learning, and learning how to express yourself.

“I’m not a fan of teaching to the test,” said Cook, “I think creativity is so important. Training the mind how to think is so important. Teaching to the test, to me, is too much about memorization. In a word where you’ve got all the information you’ve got right here,” Cook gestured to my iPhone, “your ability to memorize what year a war was won and all this kind of stuff isn’t very relevant. The classroom of the future is problem-solving and creating and learning how to express yourself.”

Last night, Cook again spoke on education while accepting the Robert F. Kennedy Human Rights 2015 Ripple of Hope award. Cook explained of how many children are denied access to a quality education because of the zip code in which they live.