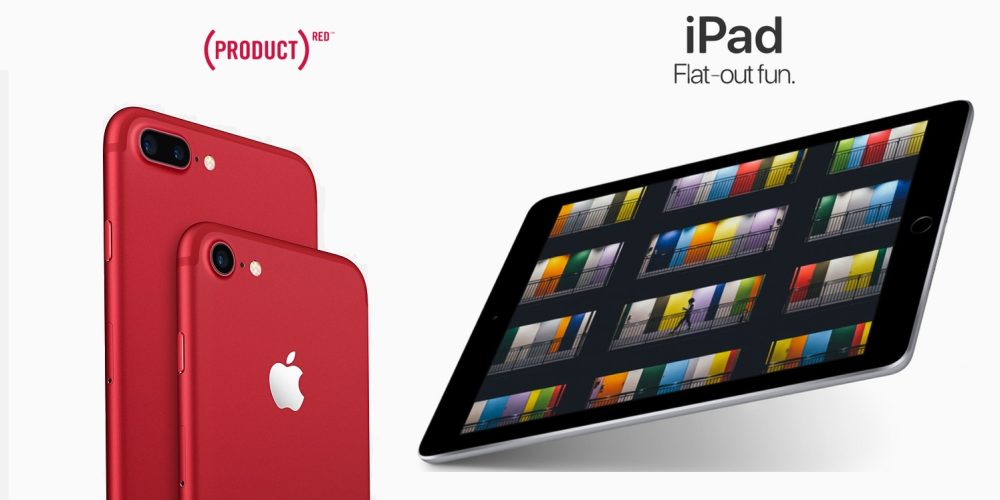 The Apple Store website is back up as scheduled; you can now order the new red iPhone and the cheaper $329 iPad from the Apple Online Store. The red iPhone is available in 128 GB and 256 GB sizes only, which means the (RED) iPhone 7 and iPhone 7 Plus are available from $749 and $849 respectively. Apple will donate some money to the PRODUCT(RED) charity for each device sold.

Apple has stopped selling the iPad Air 2, offering the new iPad (fifth-generation) as its replacement in the lineup. Whilst it features a newer chip, it is not unequivocally superior to the Air 2 and is most comparable to the original iPad Air.

The (RED) iPhone is the first time Apple has released a new case color out of cycle and marks the first partnership with the PRODUCT(RED) charity for the iPhone. The option features a matte red rear finish with white front bezel, silver Apple logo and silver Touch ID ring. It will be sold in more than 40 countries by the end of March.

The red iPhone is available to buy in China but does not feature the (RED) branding, however the same share of proceeds still goes to the charity.

As well as online, Apple is also selling the red iPhone and the iPad at Apple retail stores, select carrier stores and authorized resellers.

Let us know in the comments what you ordered …