This is the place to catch up on the week’s biggest product announcements for music making on your Mac and iOS device, including hardware, apps, synths, Logic/GarageBand instruments and so much more. This week we get another glimpse of Elektron’s new Digitakt drum computer, Output’s interesting new Analog String instrument, a huge release day discount on Korg Gadget for Mac, a completely free modular-virtual synth, and much more…

KORG’s Gadget suite of synths (pictured above) is now available for purchase on Mac along with the AU (and other format) plug-in versions for Logic and other DAWs. Better yet, you can save $100 if you pick it up during the launch promotion. You can get all the details right here along with some sweet deals on some of Korg’s awesome iOS synths, including: Gadget: $20 (Reg. $40), Module: $20 (Reg. $40), ARP ODYSSEi: $20 (Reg. $30) and more.

KORG Gadget for Mac is equipped with the ultimate collection of more than 30 gadgets. In addition to a wide range of synthesizers that each emanate their own powerful personality, there’s a lavishly high-quality piano that’s suitable for professional use, a sampler that will accelerate your inspiration, a realistic acoustic drum machine, videogame sounds developed in cooperation with Bandai Namco Studios, and gadgets that provide software incarnations of classic instruments.

We are fans of Output’s work around here, so it was a pleasant surprise when they unveiled Analog Strings. It works as a Kontakt instrument inside Logic and allows users to blend together two different sampled based sources (orchestra sounds, vintage synths and wacky sound design samples) to create some pretty unique and wit Output’s trademark “modern” sound.

It is available now for $199. I will definitely be looking forward to taking this one for a spin on Logic Pros.

Elektron is another company we will be exploring of along with its host of stellar analog hardware/software instruments. This time around we’re more interested in its the new Digitakt digital sampler drum machine. Elektron is returning to the digital realm and bringing a series of major hardware improvements to its usual design aesthetic. Particularly that display. Oh, and its Overbridge enabled, meaning you can basically use it like a plug-in in Logic (or any DAW). We will be taking a much closer look in our full review of Overbridge for Logic Pros.

Elektron dropped a new video for the powerful little drum computer (above), along with pre-order listings at $679. Shipping begins in May. 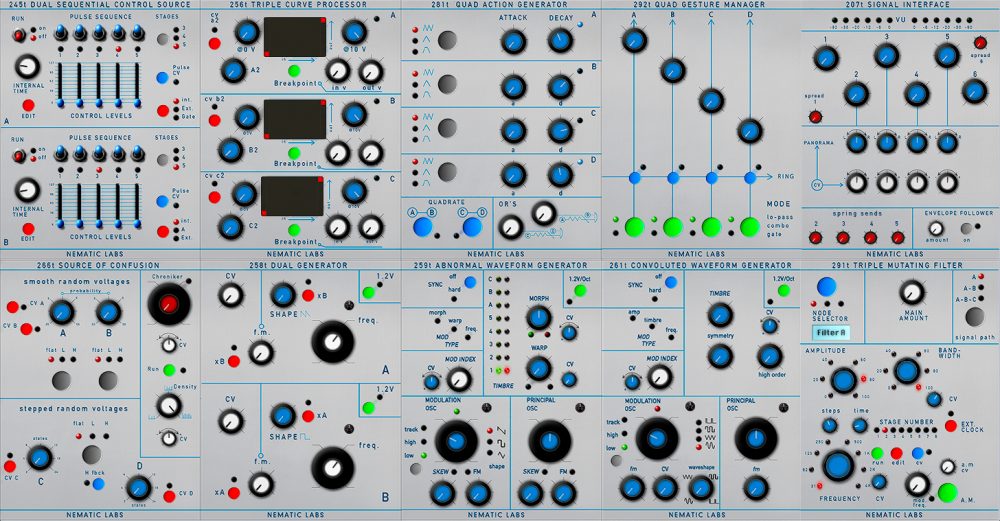 Nothing like a free synth. Well unless it’s a Buchla 200/e clone. Trevor Gavilan, in conjunction with Native Instruments, has been kind enough to make his Cloudlab 200t Buchla clone available for free via the Reaktor 6 platform (Reaktor 6 only). Sweet. You can grab it right here.  We also recently took a closer look at Tim Exile’s new Reaktor 6 synth: SLOO.