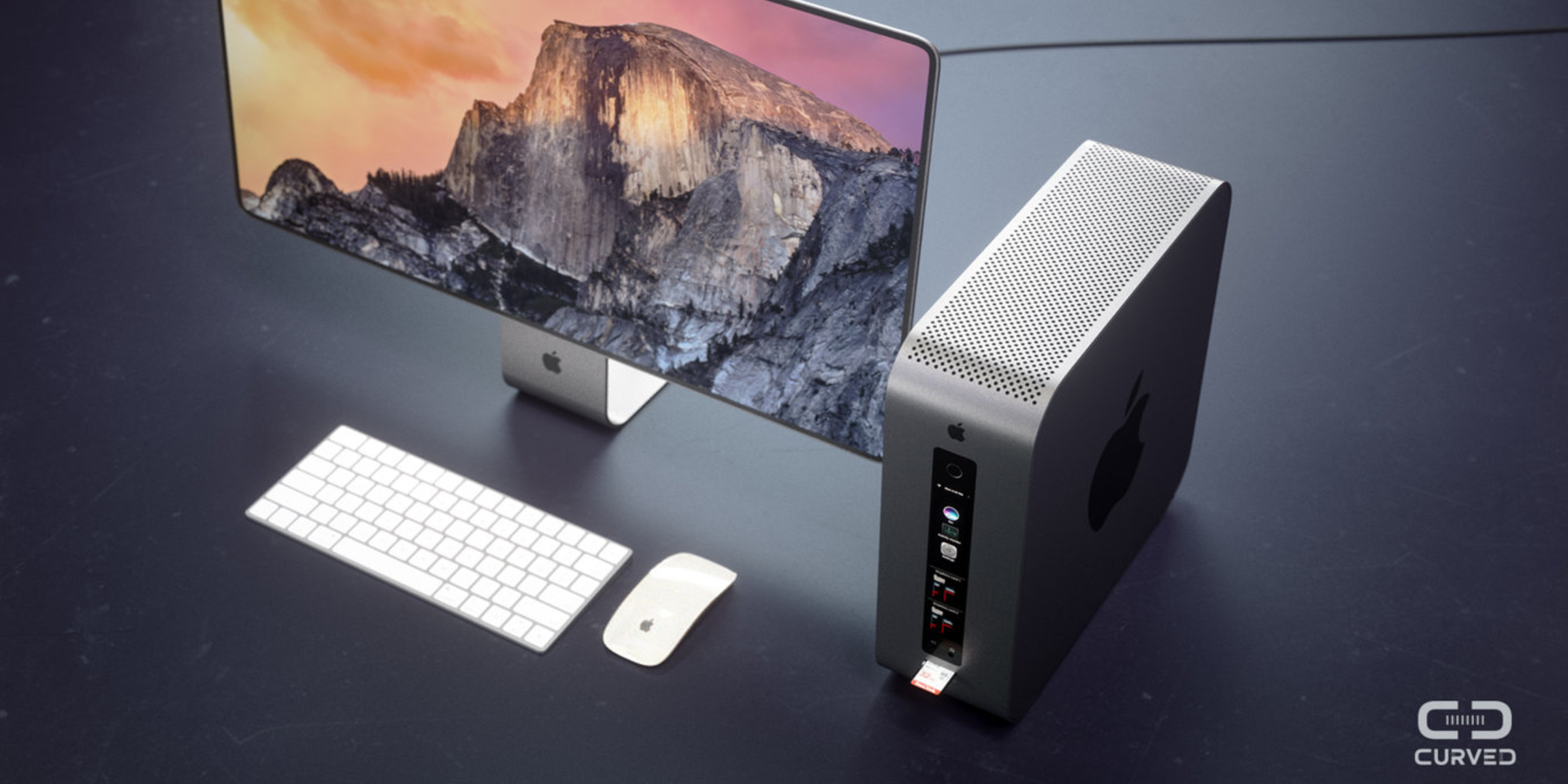 Following Apple’s pre-announcement of a new modular Mac Pro it has in the works, there has been a lot of speculation about how Apple could implement such design changes. Will it stick with a design similar to the current cylinder, aka the trash can? Or perhaps it will return to a more classic Mac tower or box design, or something new entirely, in order to accommodate the machine’s so-called “modular” design that will allow easy upgrades for key components.

Imagining the possibilities, the folks over at Curved.de put together the concept below.

The concept takes a form-factor somewhere between the Mac mini and a smaller version of Apple’s old “cheese grater” Mac Pro design. The box includes side doors that can swivel and rotate to open, 2 slots for full-size graphics cards, replaceable hard disks and SSD drives, and, well… a slot for replacing just about everything. There aren’t a ton of specifics or suggestions on how this would be achieved in such a box, but we can only dream that Apple is reaching for something similar when it said “modular.”

The concept also has an SD card on the front, and USB-C, USB, FireWire, LAN, and HDMI on the back.

We’re not sure the integrated Touch Bar on the front of the machine makes a lot of sense, but Apple’s new iMac coming later this year is said to include a new keyboard and we’d love to see the touch screen come to a standalone Apple keyboard like the company detailed in a recent patent.

To go along with its vision of what a new modular Mac Pro might deliver, Curved also imagines what a new Apple Display could look like. Apple confirmed this month that it will return to making external displays alongside the new modular Mac Pro. That news came after reports that Apple was exiting the standalone display business following its decision to promote LG-made displays as official options for its new MacBook Pro.

Get a closer look at the concept in the video below: