Update: New details at the bottom …

The rumor mill for the iPhone 8 is seemingly flip-flopping between two distinct designs for Apple’s 2017 flagship iPhone, one made of aluminium and another more drastic look with a curved glass front and back. The latest unverified leaks from today depict the latter device.

These photo show an iPhone made of glass and stainless steel with the front screen seemingly going edge-to-edge with no discernible bezel. There is also no Touch ID visible on the back, implying it will be integrated under the display. More photos after the jump …

This latest round of leaks comes via Benjamin Geskin on Twitter. The photos are supposedly CNC dummy models of the iPhone 8 chassis. It isn’t clear at what stage in the production process these models are from; the back Apple logo is missing from most of the photos.

Taking the photos at face value for a moment, they do mostly gel with what we’ve been hearing from other sources. Most interestingly, the back has a vertical rectangle for the new dual camera system … and nothing else.

The front of the device is dominated by the black screen which looks incredible with no discernible bezel (although again, it’s not clear if this dummy includes screen components at all). The earpiece is just about visible at the top middle of the front; cutouts for cameras, proximity sensors and other parts are not distinguishable.

The sides of the device look like polished stainless steel, echoing an iPhone 4 aesthetic for sure. It almost looks like an iPod classic backplate with how shiny and curved it is. As you would expect, there are separate volume buttons and a mute switch on the left side. The right side looks a lot like a current iPhone too, with a power button and SIM tray, except the power switch seems to be elongated/longer. 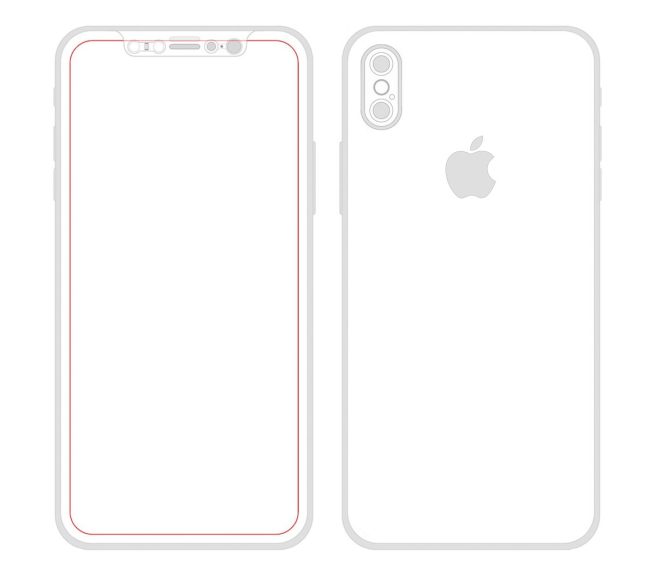 The same leaker has also posted updated schematics, which show an array of components hidden underneath the front screen and the addition of a noise-reduction microphone in the dual-camera bulge. The red outline indicates where the bezel stops and the OLED display begins, approximately. These schematics imply that the display would feature a hole for the front speaker … one of the most unbelievable elements honestly.

These images are certainly very exciting, the device depicted here is a major upgrade over the current iPhone 7 design. However, we don’t really have any concrete evidence that this is what the iPhone 8 will look like.

Whilst the rumor mill remains divided on the iPhone 8 industrial design, the features of the phone seem locked down. Many reports indicate that the iPhone 8 (or whatever Apple ends up naming it) will feature a 3D sensing front camera, wireless charging, 3 GB RAM, 5.8-inch OLED 521 PPI display and more.

Apple will unveil the new phone in the fall alongside iterative updates to the existing iPhone 7 and iPhone 7 Plus models.

Update: The same source has provided some more details: the iPhone 8 will supposedly be the same 7.1mm thinness and approximate physical size as the iPhone 7, and the steel surround will actually be a Space Black color. Geskin provided another image representing this Space Black finish:

iPhone 8 render based on leak

iPhone 8 render based on leak

Geskin has also supplied a more detailed schematic showing the internal motherboard layout of the device, but says it is only 70% accurate — whatever that means. 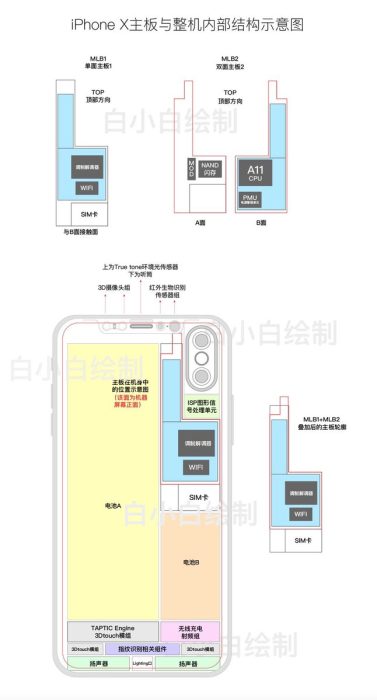