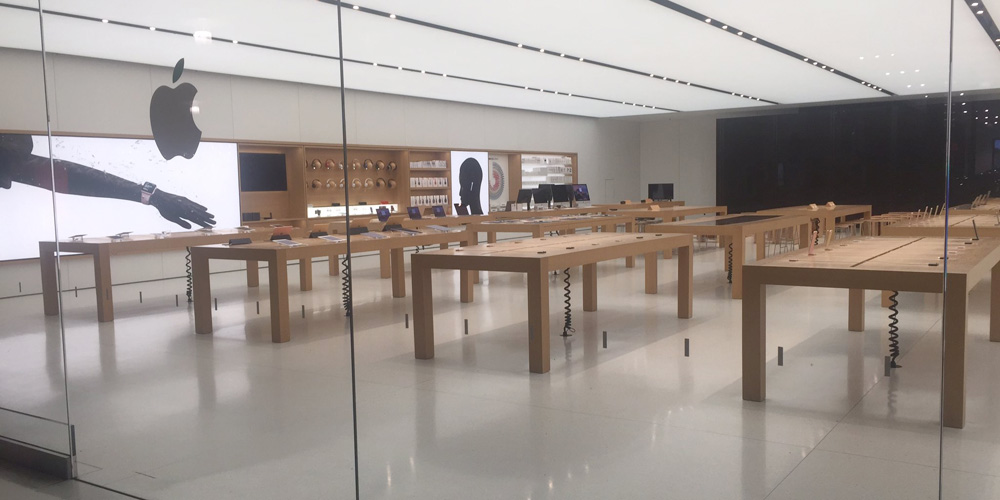 ABC7 News reports that an Apple Store in Corte Madera, California, was the subject of a second major theft in the space of a few months. On this occasion, police report that $24,000 worth of iPhones, iPads and Macs were stolen.

Shortly after 8 p.m., which is closing time for the store, five burglars in their late teens or early 20s entered the store and grabbed 17 iPhones, three iPads and two computers.

The stolen items are all display models, the photo above showing the empty tables after the theft.

It follows a burglary at the same store in November of last year, when the haul was reported to be worth $35-40k.

Apple’s security measures for demo models mean that none of the devices will be usable once they leave the store Wi-Fi, but they could of course be broken for parts. It is these protective measures that made Apple feel comfortable removing the tethers from display products.