Comment: Today at Apple will convert a fairly well-kept secret into a key promotional tool 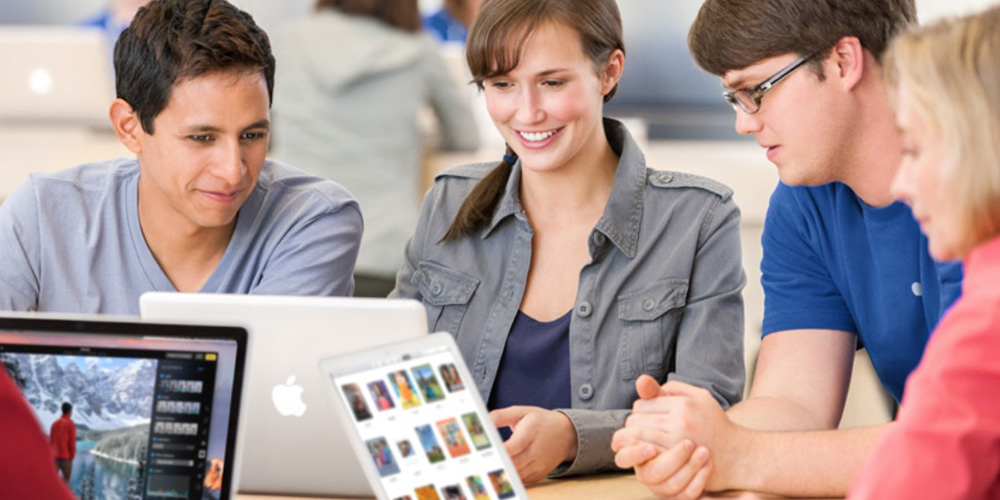 When Angela Ahrendts spoke to CBS about a new Apple Store initiative called Today at Apple, I was initially a little confused. What she described as something new at first sounded pretty much identical to something that has existed for many years: free workshops at Apple Stores.

Rebranding and promoting the workshop would make sense, of course. Many Apple customers seem entirely unaware that the workshops exist, while others know about the basic ones but not the more advanced sessions.

This was made clear to me when I mentioned on Facebook that I was attending a Final Cut Pro workshop at Apple’s Regent Street store in London, and several friends told me they had no idea these existed. Even among 9to5Mac readers, there were similar comments when I mentioned them in my Final Cut Pro Diary series …

This isn’t surprising. Click the Workshops & Learning link on Apple’s website and you’ll find no mention at all of Final Cut or Logic Pro workshops. You can only find them by selecting a store first and then scrolling down to the Creative Pro Series. Even then, what shows up is rather random: the first time I did it, I saw two Final Cut workshops, another time three and when I did it just now to illustrate this piece (below), I saw only one.

Apple’s free workshops, then, have been a reasonably well-kept secret.

Which is a great pity as they are really effective tools to help people get the most out of their Apple hardware and software. I’ve eavesdropped on introductory workshops while waiting to be seen in retail stores, and it’s clear that people get great value from them. I’ve seen a number of ‘Aha!’ moments as people discover something they didn’t know their device could do, or learn about a better or more efficient way to achieve something.

And I couldn’t have been more impressed by the Final Cut Pro workshops I’ve done. One of them – Final Cut Pro for Storytellers – packed in so much material that I did it twice. A second one, with the rather mundane-sounding title Import, Sort and Organise in Final Cut Pro X, was just as useful from a creative perspective as it was from a media-management one.

I of course appreciate that these pro app workshops have a more limited target audience than the introductory ones, but I was still surprised to see just how few participants showed up. Five the first time, four the second – and for the media-management one there was just one attendee: me.

So even if Today at Apple were a simple relaunch of the workshops, it would still be a worthwhile exercise. But looking more closely at what Apple is describing, it’s clear that it is not just promoting the workshops, but also expanding their scope. One of the examples given was of photo walks, customers being given guidance on how to take better photos with their iPhones.

Apple clearly wants people to be able to get more from their devices and apps, and especially to help them be more creative. That’s going to result in happy customers, who will likely share the results of their endeavours with friends and on social media, generating more good PR for Apple. A win-win.