EduTech: With Swift Playgrounds, Apple has a chance to change programming forever 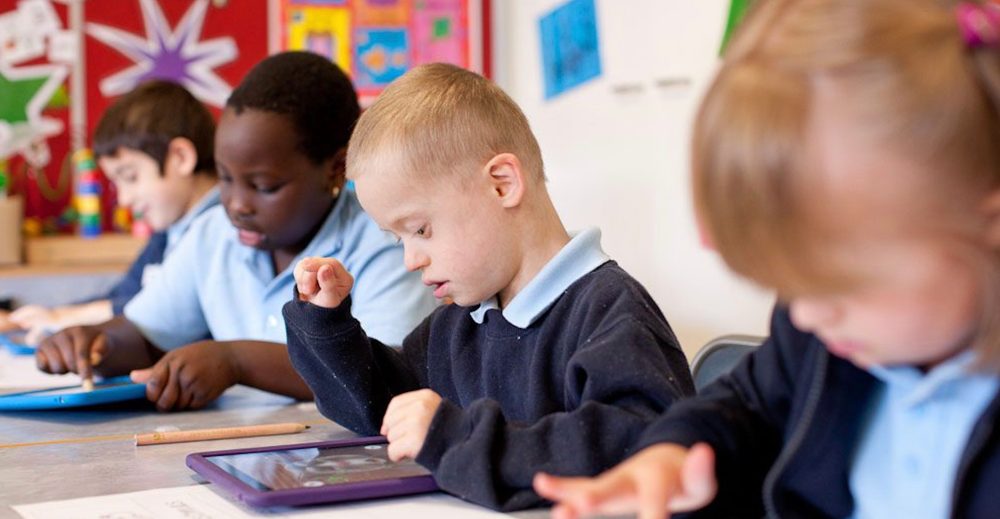 When Apple announced the Swift programming language at WWDC in 2014, they aimed to change the way developers program forever. Promoted as a more resilient and flexible language, it was adopted, refined, and for the most part embraced. Less than 3 years later, Apple is set to revolutionize the way we program again. This time it’s not through veteran programmers, it’s through 9-16 year old students.

Through programming, coding, and as President Obama put it #CS4ALL, Apple has a chance to redefine and crown itself again as a unstoppable technological force in education.

Apple aims to achieve this through a relatively new education platform called Swift Playgrounds. Swift Playgrounds is inspired by current coding trends in education, but in true Apple form has been redesigned to be real world applicable and relevant beyond the platform itself.

Swift Playgrounds is a game-based experience that teaches the Swift language and challenges users to masterfully solve a puzzle-like journey, all while programing in the native Swift language. This is unique in the world of coding education. Most programing platforms either lack real program language interaction, or are missing an engaging visual that will show students how their code, even the most basic string, can make things happen. In the words of Apple, they want you to “learn serious code on your iPad in a seriously fun way.” 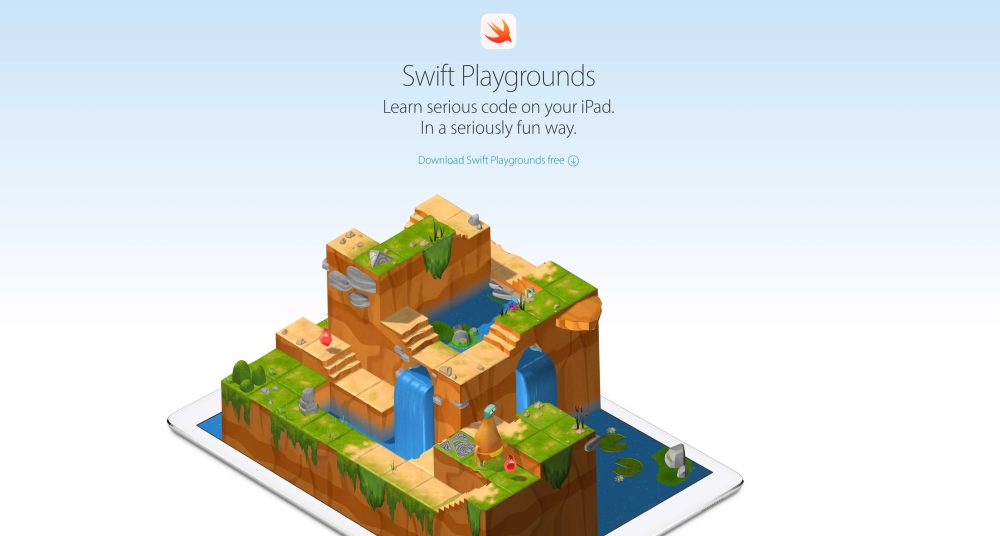 Like any language, coding needs to be learned just like Spanish or Japanese. You need real world expose and practical use. The challenge with coding languages is that stings and strings of code can be left in the abstract until one produces a fully functioning product. In this respect, Swift Playgrounds is taking significant steps towards blending the learning of an authentic coding language through an interactive experience that goes beyond strings of code imputed on a blank screen.

It also opens up the world of programming to young, inspired, and ambitious students through the attractive and exciting game experience. Imagine for a moment the median age of a developer dipping into high school because Apple realizes that it needs to invest in 8 year olds, their learning, and their relationship with technology.

It also doesn’t end there. Apple isn’t aiming to create a generation of developers, but rather a generation that understands and values what developers, coding, and apps can achieve. These learners will go on to become CEOs, doctors, managers, teachers, and other types of professions that you wouldn’t necessarily associate with “coding.” They will enter these jobs with new skills, insight, and vision for how technology can enhance their professions.

This move also solidifies Apple as the company that made this possible. A move that Google and Microsoft are sorely lagging behind even with Microsoft’s acquisition of Minecraft and Google’s mostly unknown Blockly platform. Apple therefore is paving the way for huge adoption of coding in classrooms that will have students ready to create that app or become a masterful problem solver and flaw-finder.

By moving beyond the digital experience, programming helps learners develop skills in critical thinking, complex program solving, and creativity. These skills will be vital in a future full of automation, robots, and artificial intelligence.

For education, today’s coding apps are going beyond digital experiences and offer creative ways to develop important professional (and honestly, life) skills that are critical for today and tomorrow’s rapidly changing workforce and industry. These skills might even have a chance to develop to a higher degree through programming even if students are not considering it as their professional goal.

Even more so, organizations like the World Economic Forum see those skills as prerequisites to thrive in the future workforce – one that doesn’t yet exist. This future is, of course, where our elementary school students will finish college and enter the world of work that we must prepare them for today.

Programing is part and parcel of all emerging and cutting-edge technologies. Let’s not undercut the tens of thousands of programming and computer science related jobs that are currently unfilled. On a personal level, the social, emotional, and economic elements of our lives are directly impacted by what programing can achieve. It goes beyond the technological functions, and becomes a catalyst for how people think, envision, and ideate what programming can do to influence and enhance the world around us.

Keep in mind, this is just the start. Programming in education and its impact on real-world programing and development is still an developing and the road is mostly uncharted. What is certain is Apple’s leading role in once again changing how we experience, interface, and produce with technology in a meaningful way.