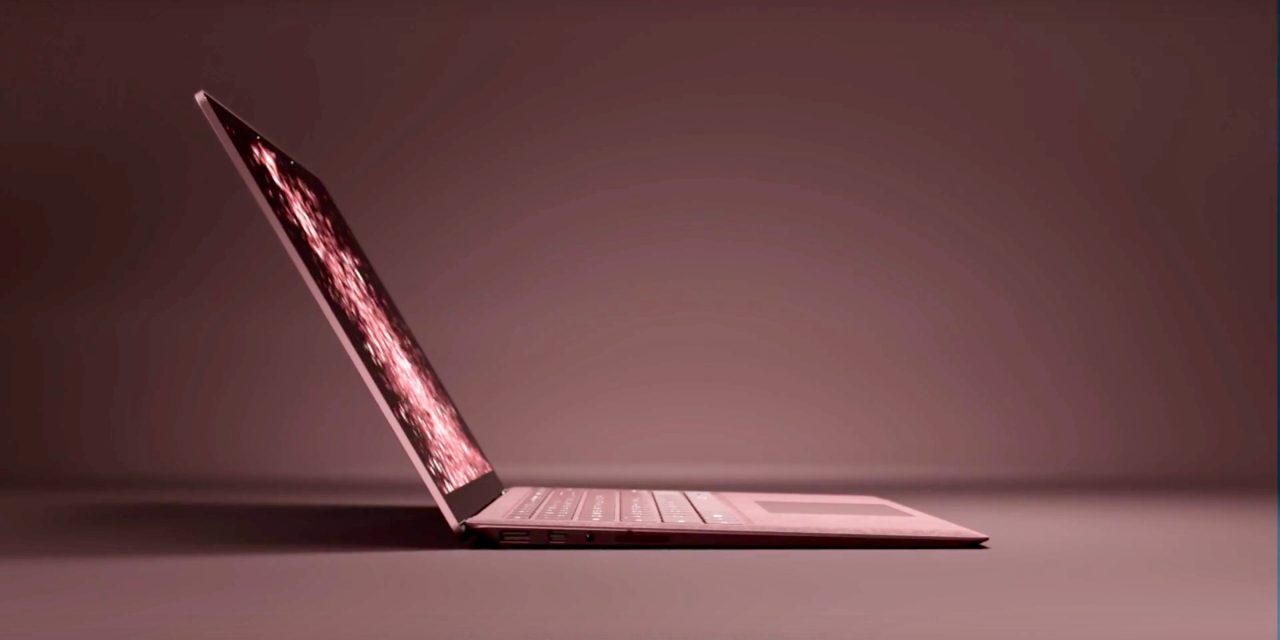 Microsoft held a media event in New York City today focused on a new version of Windows, a new laptop line, and how it all relates to education. Windows 10 S is a streamlined version of Microsoft’s operating system geared for students and educators. The Microsoft Surface Laptop is a new line of MacBook Air-like notebooks with up to 14.5-hour battery life.

Windows 10 S (not Windows Tennis) is a new variation of Windows that sort of works like macOS would if you could only install software from the Mac App Store. It’s pitched as being ‘streamlined for security and performance’ with abilities like easy configurations for students and fast boot times. 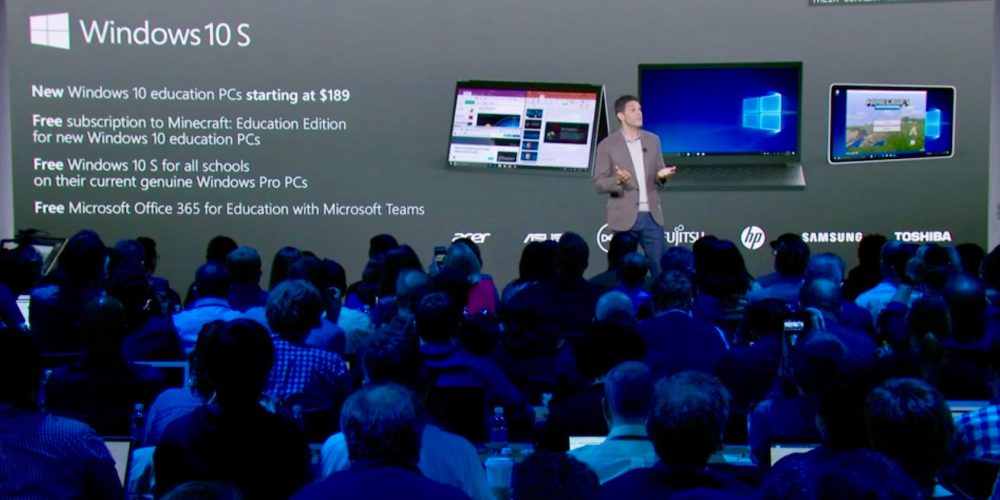 macOS already has a standard feature that lets administrators restrict software not downloaded from the Mac App Store from running, although the default behavior is allowing Mac App Store and identified developer apps to run.

Neither Apple nor Microsoft have completely locked down desktop operating systems to only run approved apps in either case like Apple has from the start with iOS on iPhone and iPad.

Windows 10 S mainly intended to run on Windows 10 education PCs from Microsoft partners like Acer and Dell at sub $200 prices. In the education space, this is Microsoft’s strategy to compete with Google’s ChromeOS and Chromebook hardware while Apple addresses this market with iOS and iPads for around $300. 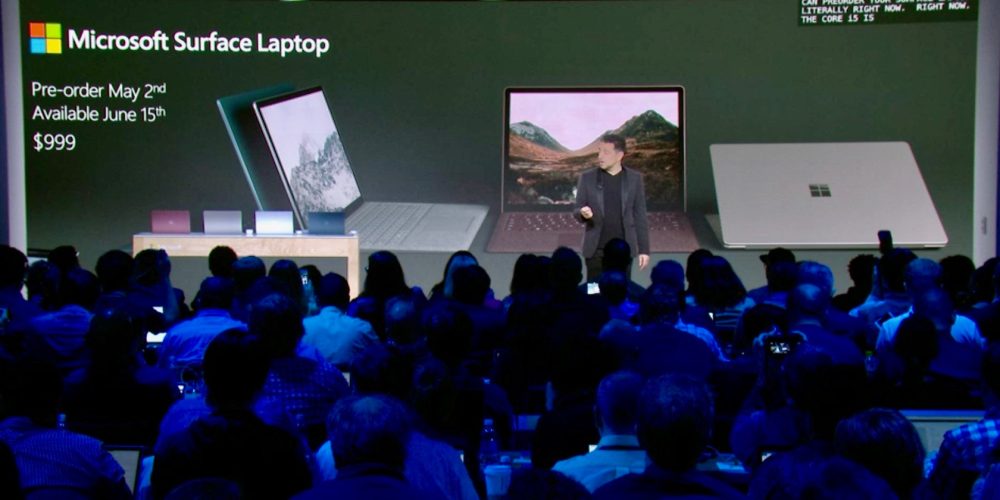 Microsoft also unveiled a new laptop line of its own called the Microsoft Surface Laptop. Prices start at $999 which makes the new notebooks more targeted toward college students than K-12 classrooms, and Microsoft mentioned the MacBook lineup as its target throughout the presentation.

For MacBook users, the one feature to be most envious of is promised 14.5 hours of battery life. That exceeds the 10 hours promised by iPads and the 8 hours promised by MacBook Pros. We’ll see how Microsoft delivers when the reviews hit later.

The new hardware mostly resembles a MacBook Air with updated internals and doesn’t feature the new USB-C/Thunderbolt 3 I/O on new MacBook Pros. Instead you get a single USB-A port (even the MacBook Air offers more), an SD Card reader, and a Mini-DisplayPort.

A 13.5-inch display with a 3:2 aspect ratio comes with a backlit keyboard curiously surrounded by cloth, runs on Intel’s 7th-gen Core i5 or i7 processors, starts at 4GB RAM (half MacBook Airs), and weighs in at 2.76 pounds.

The new Microsoft laptops max out at 16GB RAM (like Apple’s lineup) and 512GB of SSD (Apple’s MacBook Pros support up to 2TB of SSD). Four color options include Burgundy, Platinum, Cobalt Blue, and Graphite Gold.