Opinion: HomeKit is great fun for techies but not yet ready for the mass market 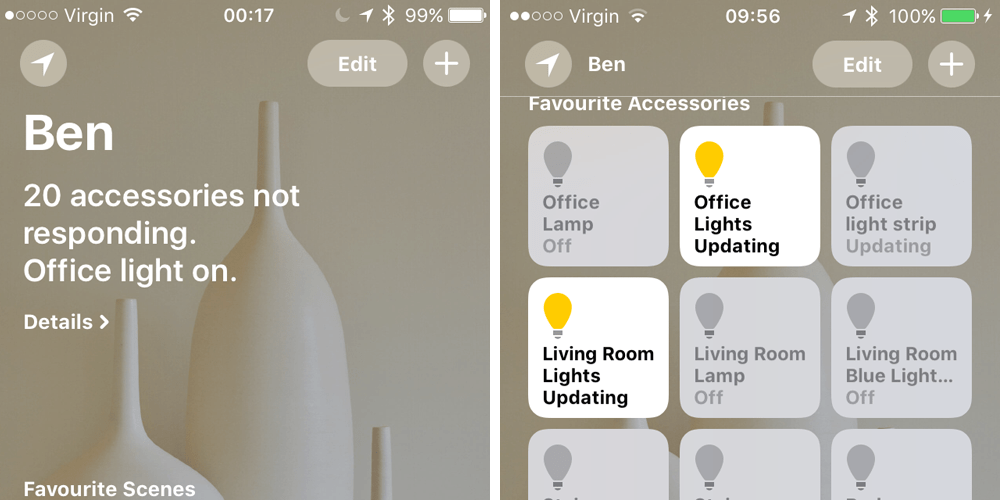 As regular readers may recall, I’m a long-time user of home automation technology who made the decision to go all-in on HomeKit in the new year. I only waited that long because it takes a bit of time to get UK-compatible versions of quite a lot of devices.

I’ve been documenting the process in my Smart Home Diary series. For me, as a gadget lover, it’s been a no-brainer.

But even for a techie, it hasn’t all been plain sailing. There have been some irritations, and there is definite scope for improvement. Having had time to reflect on the transition and the experience, I’m concluding that while HomeKit is great fun for techies, it’s not quite ready for the mass-market …

Let’s start with the obvious reason: cost. We’ve already seen homebuilders put together smart home packages, with pricing starting from $4000. Zac ran the numbers for his own home and concluded that a DIY install could easily cost a similar sum, and if he did everything possible – including window shades – the total would exceed $8000.

We’re planning a move, so I’ve held off on anything that can’t easily go with us, like door locks and window shades, and it’s still well into four figures.

Some of it has a payback. For example, my Tado-controlled central heating system saves me around 7% a year on fuel costs. Swapping out incandescent lighting for LED bulbs will also save on electricity. But none of us are going to pretend that we do this stuff to save money, or that it will pay for itself in under a decade – by which time we’ll almost certainly have moved on to newer tech.

For those of us who find technology fun, we can chalk it all up to the gadget budget. But for a non-techie who wants the benefits without having fun playing with it, spending a couple of hundred bucks for a Philips Hue starter kit and fifty bucks for each bulb after that soon starts to look like pretty crazy money. And there’s no denying that things like Nanoleaf Aurora and the Philips Hue Lightstrip are just expensive toys.

But it’s not just about cost. Even once prices start to fall, there are definitely aspects of smart homes that are not easy for a non-techie to adapt to. For example, unless you physically remove existing light switches, you need to get used to leaving them switched on all the time. Absent-mindedly switch off the power to one of your smart bulbs and it instantly becomes a dumb one.

Even as a techie, I thought it was over the top to use my iPhone to control lighting in some circumstances.

If I want to nip upstairs in the evening to fetch something from the bedroom, for example, it feels a bit silly to grab my iPhone and say ‘Hey Siri, switch on the stairway lights’ followed by ‘Hey Siri, switch on the bedroom lights’ and then a further two commands to switch them off again afterwards. Even to a confirmed gadgeteer like me, that seems like a lot of work compared to just using wall switches.

I got around that by strategic positioning of Philips Tap and Philips dimmer switches, but it still represents a somewhat clunky workaround for most existing homes.

Motion-sensors can fully-automate some lighting. I use these in both kitchen and bathroom where, most of the time, you’re only in the room for a short time. The motion sensor switches on the lights and a time-out switches them off.

But again, this requires thought. For example, if you’re going to the bathroom to have a relaxing bath, you need to remember to manually switch on the lights rather than rely on the motion sensor – otherwise the lights will switch off after a couple of minutes.

You can argue that’s more about habit than technology, but I’d still like to see greater intelligence employed, so that a smart home actually knows who is in a room rather relying on the crude method of detecting changes in body heat.

Then there’s reliability. As a techy who spends half my life playing with bleeding edge technology, I’m used to things not working all the time, but even for me it’s frustrating when it’s my home we’re talking about.

Not being able to switch on a light because the firmware is updating yet again is annoying enough for a gadget-lover – it’s utterly bewildering to someone who doesn’t even know what firmware is. Especially if you want to switch off a light to go to bed …

Then there are the completely random failures. For example, my ceiling lighting is almost all double- and triple-spotlights. Every now and then, one bulb in the cluster won’t switch on. Switching the lights off and then on again usually resolves it, and a techie will understand that when you’re relying on multiple coded wifi signals being transmitted around a home, you’re going to get the odd missed one. But for a mass-market consumer, it’s incomprehensible that one bulb would fail to light unless it’s blown.

Not to mention what happens if your wifi goes down? My broadband failed last week. As I work from home and can’t work without Internet, I have redundant broadband in the form of a completely separate system: my primary one on a cable modem connection from one company, and a backup on an ADSL line from a second company.

To continue working, I simply switched wifi networks, and getting my smart home kit working again was merely a matter of disconnecting two hubs from one router and connecting them to the other. But for a non-techie to experience a broadband failure and be unable to control their lighting or heating is going to be frustrating beyond belief.

The more observant of you will note that I skipped over the initial setup process altogether. Again, even as a gadget-lover, using my iPhone to create groups of bulbs so that each of the three bulbs plugged into a single light fitting would act like a single light and not three separate ones … well, let’s just say that it bordered between tedious and frustrating.

Setting up a smart home is not a task for the faint-hearted.

So for all these reasons, I don’t think HomeKit is yet ready for primetime. Right now, it’s a fun toy for techies. What will it take to be truly ready for mass-market consumers? Three things, I think.

First, initial setup and configuration has to be made very much simpler. For example, if I have three light bulbs plugged into a single light fitting, I ought to be able to simply toggle the physical light switch off and on for them to learn that they are a group.

Second, there needs to be much greater reliability. Firmware updates should happen in the middle of the night (adjusted for the location of the devices, of course), not in the evening when people need to use them. Loss of external broadband shouldn’t mean loss of control of devices within the home. If I switch on a group of bulbs, and two come on and the third doesn’t, they ought to be able to detect that fact and resolve it. And so on.

Third, Apple needs to put together complete home packages for both home owners and developers. The latter is more important than the former. I suspect most people are only going to adopt smart home tech when it’s there when they move in. Apple should make it easy for developers to buy and install it – even if that’s by linking to third-party providers.

It will still take cost reductions before it really takes off, but that will take care of itself: all new technology is initially expensive and falls in price over time. Ease of use, reliability and appealing to property developers are the things that won’t happen by themselves, and where Apple and third-party manufacturers need to focus their efforts.

Do you agree? Or do you think HomeKit is already ready for the great unwashed? As ever, please take our poll and share your thoughts in the comments.