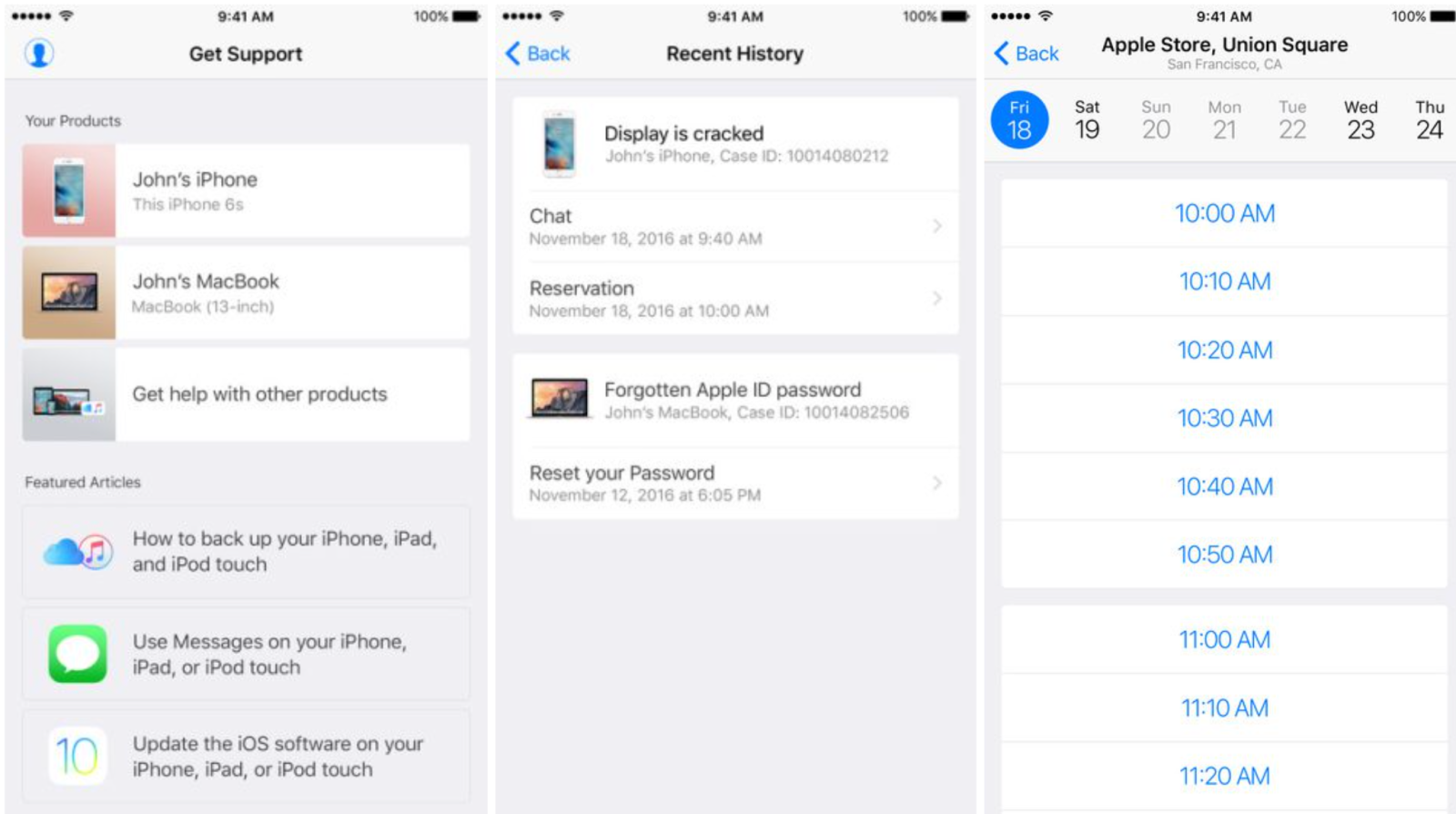 Apple this evening has started rolling out an update to its Apple Support app on iOS that adds a host of new features. The update brings the app to version 1.1 and introduces new features such as rich notifications, additional country support, and more.

Additionally, today’s update brings support for rich notifications. This means that when you receive a chat notification for support conversations, you’ll be able to reply directly from the notification.

The full change log for toady’s update is below:

Apple first started rolling out its Support app back in November, making it easy for users to access support articles, schedule appointments, and more. The new Support app followed Apple’s decision to remove the ability to schedule Genius Bar appointments from the main Apple Store application. It wasn’t until December of last year, however, that the new Apple Support app came to the United States.

Apple Support is available on the App Store for free.