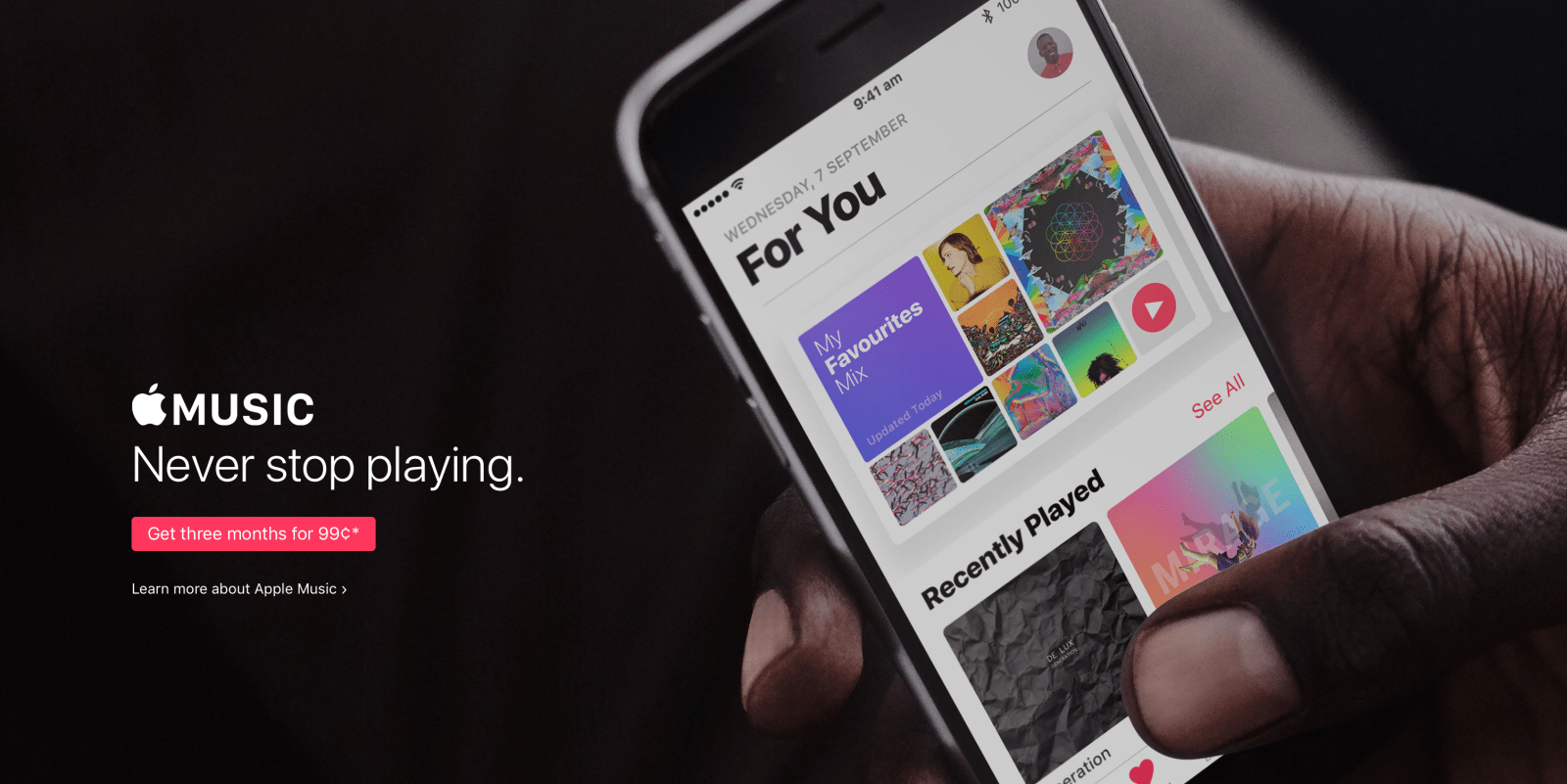 One of the headlining aspects of Apple Music when it launched in 2015 was its three-month free trial, allowing users a lengthy amount of time to try the service before agreeing to subscribe. This week, however, Apple has seemingly stopped offering the three-month free trial in Australia, Spain, and Switzerland…

In all other countries, at least at this point, it seems as if Apple Music still offers a free three-month trial to users.

Apple has not yet commented on the changes in Switzerland, Spain, and Australia, but it’s likely a competition move. In the same three counties, Spotify likewise charges the same small fee for three-months of its music streaming service, rather than offering a free trial.

At launch, Apple Music’s three-month free trial was somewhat of a point of contention with artists when it was revealed that Apple wouldn’t be paying royalties during the three-months of free usage. After backlash from many artists, such as Taylor Swift, Apple reversed course and decided that it would pay artists during the trial period.

It’s unclear at this point if Apple plans to introduce a similar pricing change in other countries, dropping the free trial in favor of three months for $0.99. It’s certainly something to keep an eye as we head into WWDC next week, but for now, it seems that the free trial will remain in other counties.

Let us know if you notice a change in your country down in the comments.