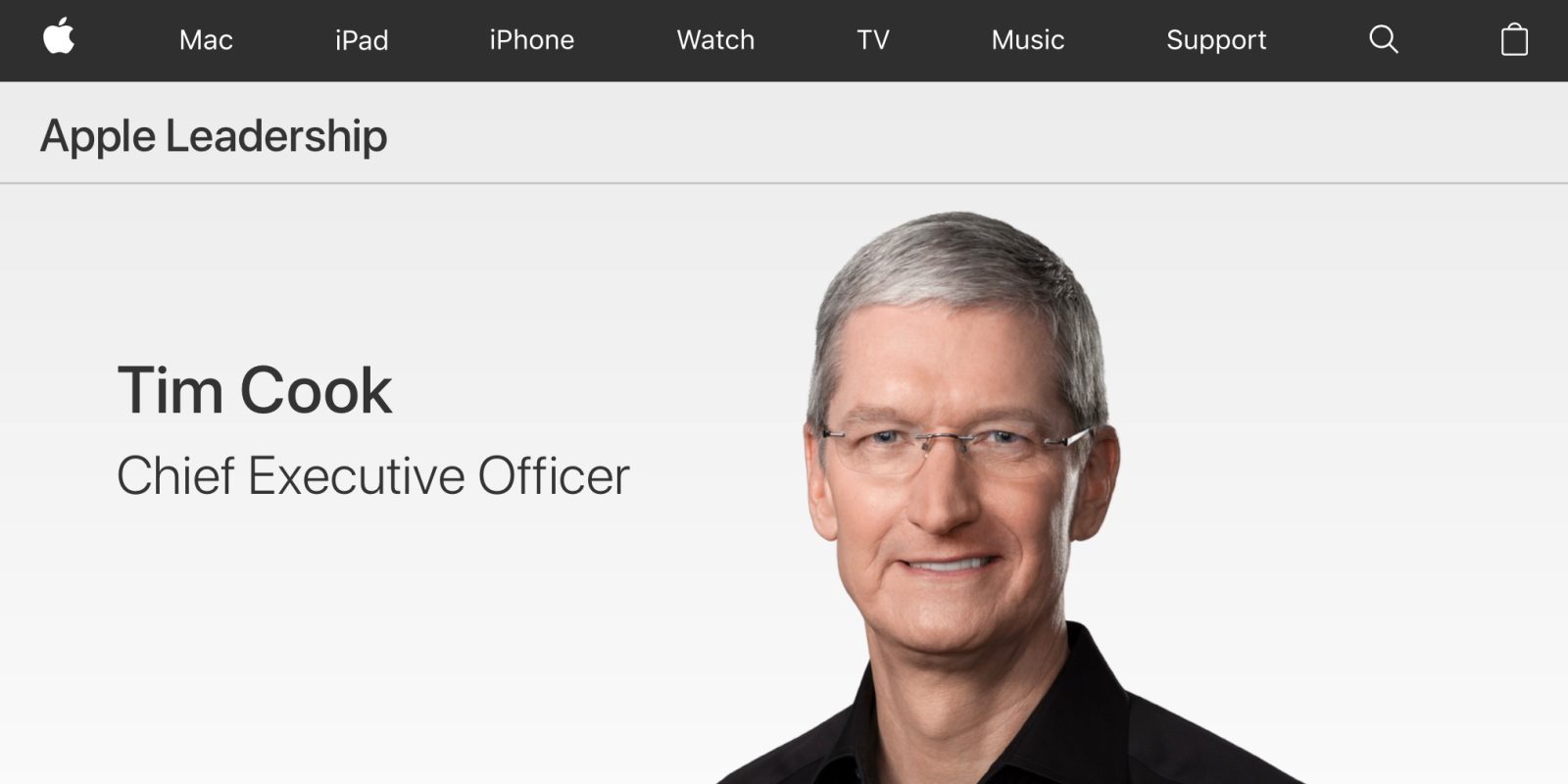 Apple has today officially transitioned away from its aging press portal in favor of the modern Apple Newsroom, which combines company press releases, photo coverage and other news into one place. All links to apple.com/pr now redirect to apple.com/newsroom.

At the same time, the company has also updated its executive biography pages with a fresh design update to fit in with the company’s recent website design trends and adopts the San Francisco typeface, finally retiring the Lucida Grande font.

The default Newsroom page focuses heavily on imagery, resulting in a pretty appearance but low information density. An Archive view exists for journalists that just want to see a compact list of press releases.

The refreshed Apple Leadership page removes the extraneous surrounding chrome and focuses on the Apple executive’s photos and titles. The site now resides at a new URL: apple.com/leadership.

The design of detail pages for individual executives have also been modernized, with a simpler header and two-column text layout.

Any outdated elements present in the previous design, like the bezelled content view or janky ‘Continue reading’ pagination, have been removed.

You can see a comparison of Tim Cook’s bio page in the screenshots below. 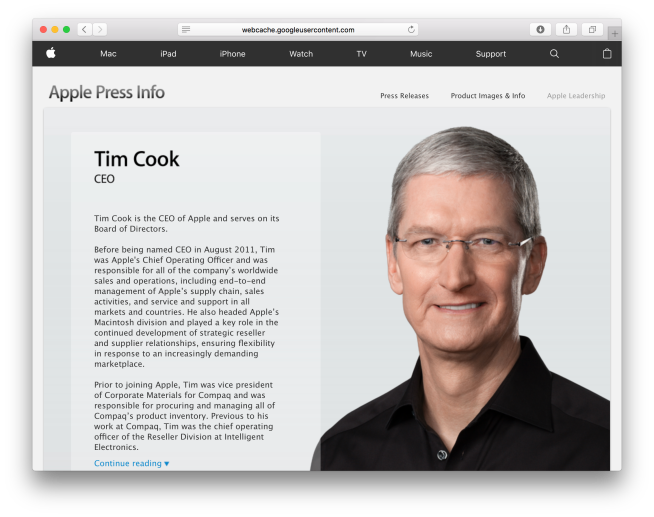 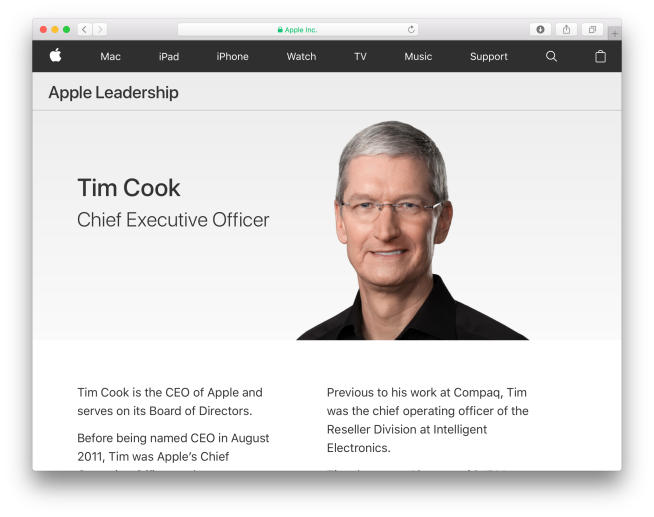 As part of these changes, Denise Young Smith is now named as ‘Denise Young’. Her bio has not yet been updated to reflect her new role as Vice President of Inclusion and Diversity.

The update brings a cleaner look and feel to a part of Apple’s web presence that was certainly showing its age; many of the elements of the previous design hadn’t even been updated for Retina displays.

With iOS 10, Apple introduced a new application theme for stock apps like Music, News, and Home. Various parts of Apple’s website have also adopted this kind of appearance in recent months. About a month ago, Apple moved the Newsroom to a bolder San Francisco font weight too.

Little is known about Apple’s plans for iOS 11, but these changes certainly point towards a new global user interface language for Apple’s products and services. It would be great to see the new bolder aesthetics Apple introduced in iOS 10 spread to more apps in iOS 11.