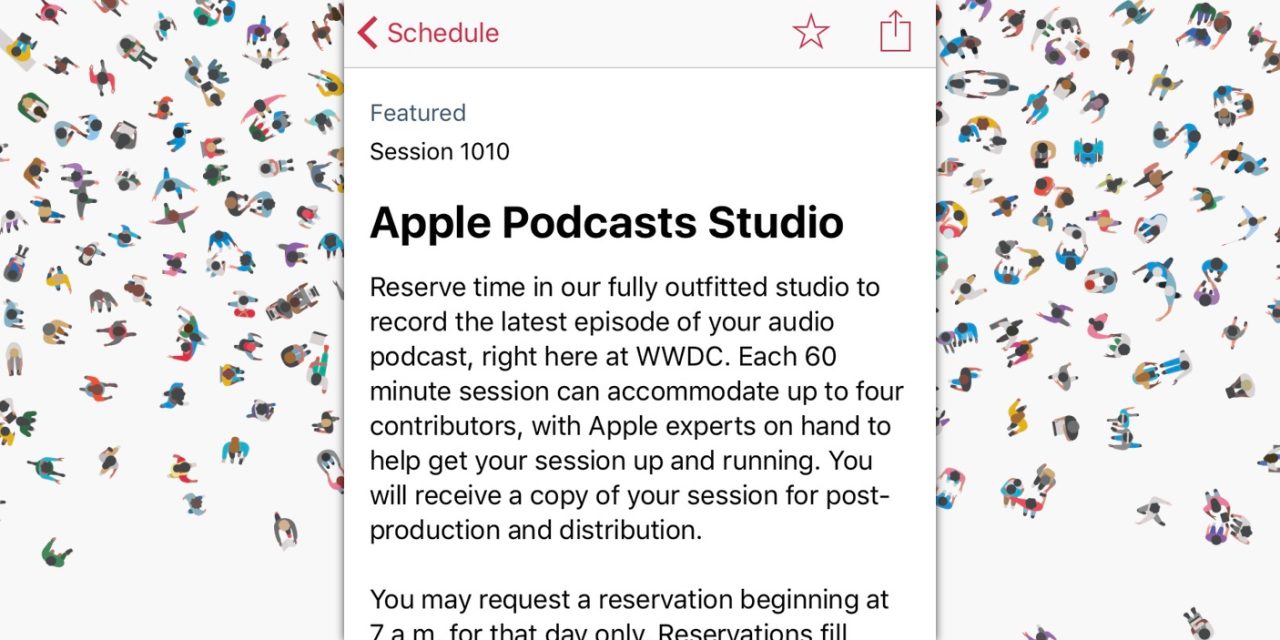 The schedule for WWDC 2017 has just been announced and includes a new ‘Podcast Studio’. From Tuesday, podcasters will be able to reserve one hour slots and record in a specially-made recording studio inside the McEnery Convention Center.

Apple says that the ‘fully outfitted studio’ allows for the creation of audio podcasts with up to four guests per show. Apple experts are on hand to provide support and podcasters are given a copy of their session to distribute freely how they see fit.

This is the first time Apple has supported the podcast community so directly at the conference. Podcasters can request reservations from Tuesday through Friday.

Apple will not help produce shows directly following the keynote on the Monday morning, which limits its appeal for many tech shows that want to get episodes published as soon as possible.

Earlier in the year, Eddy Cue said that Apple was working on new features for podcasts. The department rebranded to ‘Apple Podcasts’ last month, detaching itself from the iTunes brand. The addition of the podcast studio is another sign that imminent new features for podcasters could be on the horizon and may even form part of the announcements next week.

For attendees interested in using the Podcast Studio, Apple says you can reserve for that day only at 7am every day. As you might expect, the slots are expected to fill up fast. 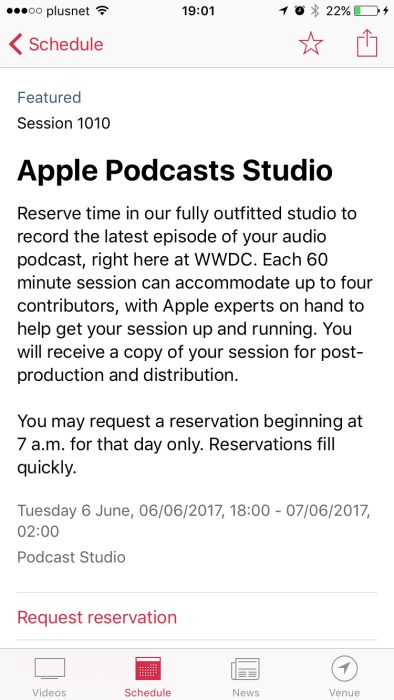 Like previous years, much of the schedule remains redacted until after the keynote is over. This is because the NDA’d sessions will refer to unannounced products and platforms in their descriptions. Usually, this mean titles like ‘What’s New in iOS 11’. WWDC kicks off on Monday, June 5th at 10 AM PT. We’ll bring full coverage of all the announcements with iOS 11, macOS 10.13, watchOS 4 and tvOS 11 likely headlining the day.

(Speaking of podcasts, we will be recording a special WWDC Happy Hour episode later next week to discuss everything that gets announced. Sadly, this will not be taking place at Apple’s Podcast Studio however, as neither of us have conference tickets.)