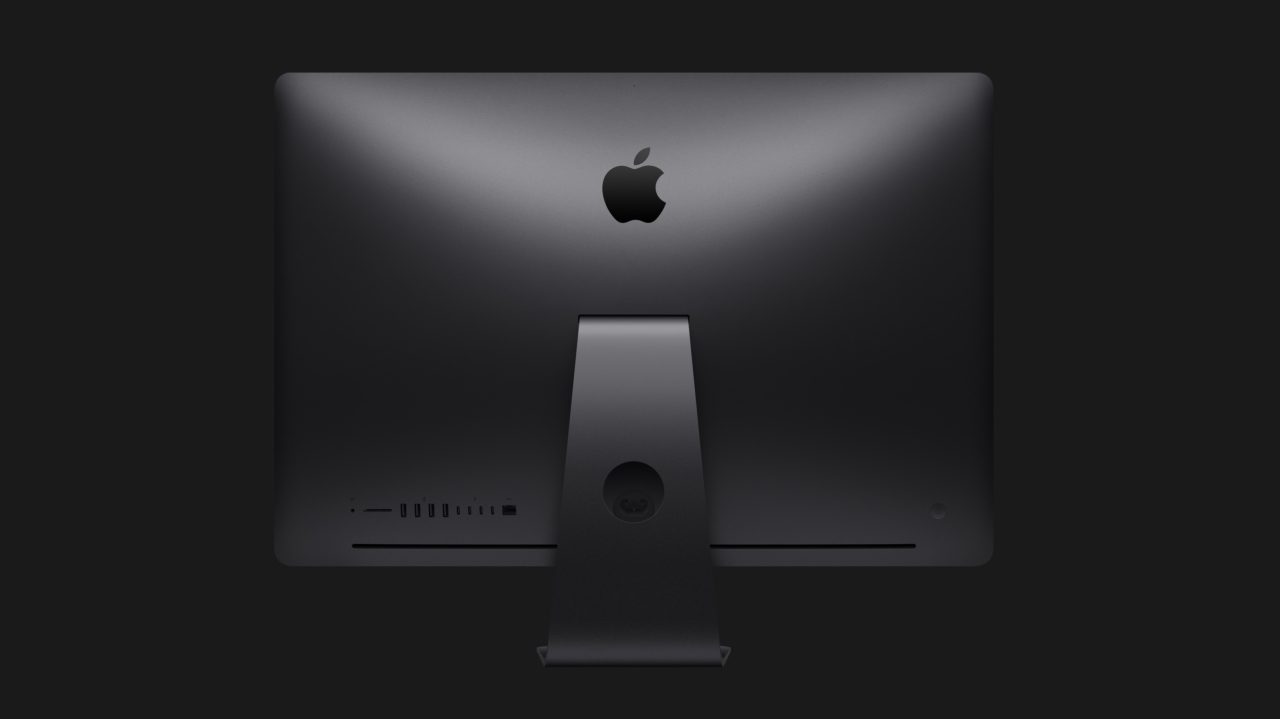 Apple announced a new ‘iMac Pro’ model today set to arrive for customers this December and we had a chance to get a first look. Apple wasn’t actually allowing press to get hands-on with the new machine, but we did get an opportunity to get up close and personal with some video of the new iMac Pro (below).

In addition to including pro specs in a familiar iMac all-in-one form factor— and a $4999 starting price to go along with it— the new iMac Pro also comes in a Space Gray color that’s actually slightly darker than Apple’s other products that use the signature darkened aluminum tone.

We also learned that the machine won’t have user accessible RAM, but Apple will be offering some of its usual upgrade options at the time of purchase. Apple also confirmed that it doesn’t have plans to sell the Space Gray Apple Magic Keyboard, mouse and trackpad that come with the new iMac Pro separately.

The iMac Pro will notably come with four Thunderbolt 3 ports with support for up to two 5K displays, a 1080p FaceTime camera, a 5K built-in display, and base configurations that start with 8-core Xeon processors, Radeon Vega graphics, 32GB ECC memory, and 10GB Ethernet.

Head below for your first look at the new iMac Pro coming at the end of this year: