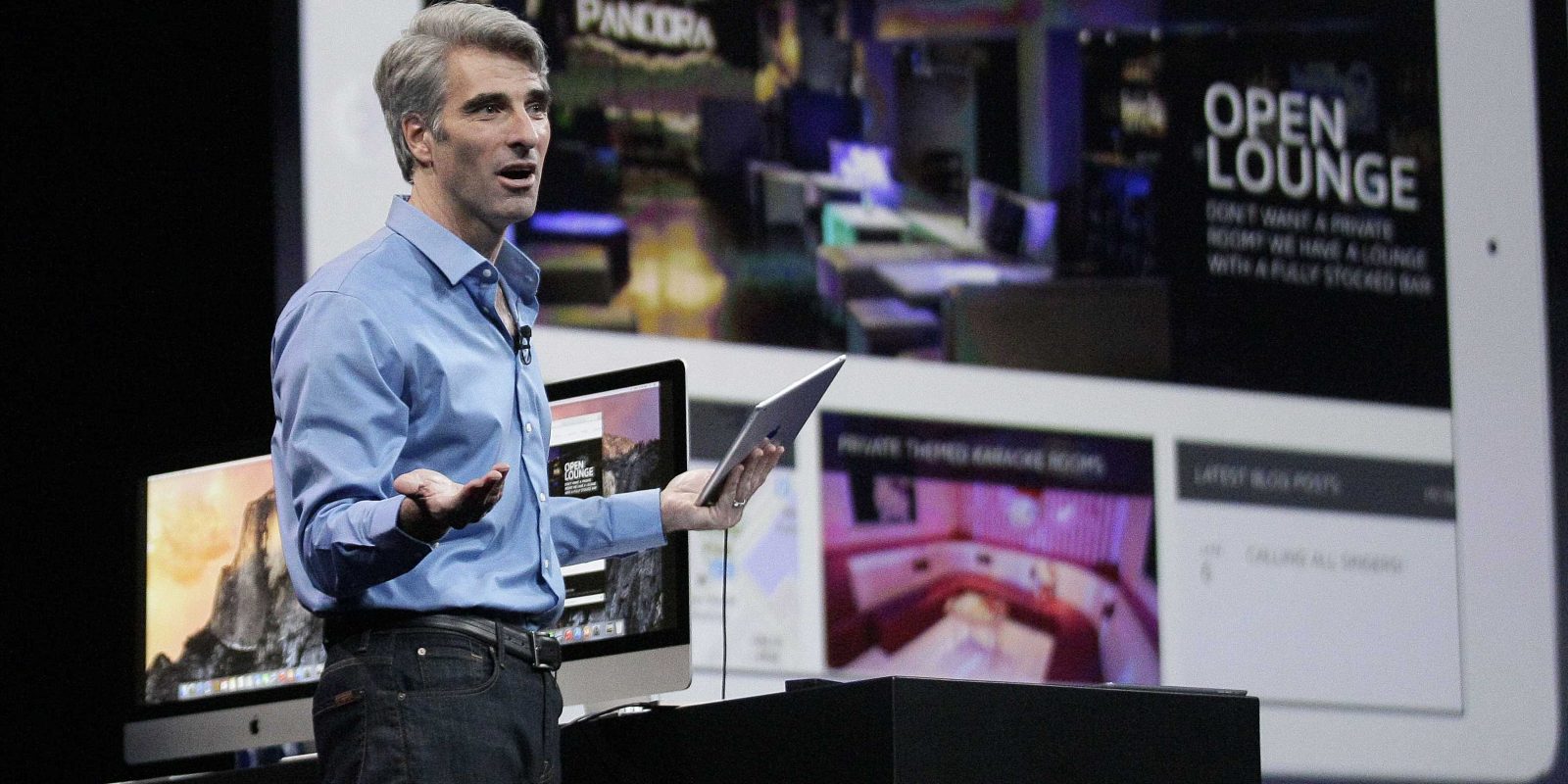 As has become standard, Apple executives Craig Federighi and Phil Schiller sat down with John Gruber on his podcast “The Talk Show” this evening following Apple’s WWDC keynote. During the interview, Schiller and Federighi dove deeper into some of the news from yesterday’s jam packed keynote, which Schiller quipped was 3 and a half hours long at first draft…

Federighi opened by explaining the logic behind this year’s macOS High Sierra release. He noted that macOS releases where Apple takes a step back to refine and improve the experience are often the most well-received releases, hence the logic behind High Sierra.

One thing Federighi wanted to set straight was the speed of Safari. He said that he was “sick of people not giving them their due” in regards to the Safari team, thus why he felt the need to proclaim on stage that Safari is the fastest browser out there.

“I think it takes longer to do things right. We’ve come up with architectures and we’ve started to talk some about how we’re able to sync information through the cloud, like Siri, in a way that’s secure and encrypted.”

He concluded that Apple’s goal is to “keep privacy properties but have some cloud characteristics.”

One interesting tidbit of information came from Federighi, who when asked about the rollout of Apple Filesystem on iOS explained that Apple had tested the transition with iOS 10.1 and iOS 10.2 in the background without the end user knowing. This helped Apple ensure that the transition would go smoothly when iOS 10.3 launched to the public.

In regards to the new iMac Pro that Apple showed off, Schiller explained that Apple believes there is a market for those who want pro-level specs in an all-in-one body:

The hope is and the belief is that there are customers across all of those [MacBook, iMac, Mac Pro] that want more performance and like all-in-ones. If we can give them the performance they expect from a tower machine in an iMac, there’s a base of customers that want that. They’re pushing boundaries of editing, 3D rendering, and AI work. To them, there isn’t enough power. As much as you can give them, they want.

Already the response I’ve been getting, on the iMac Pro, people are saying ‘I’ve never imagined I could get an iMac like this.'”

Schiller concluded by reiterating Apple’s commitment to the Mac, saying it will “keep the mac at the forefront.”

Speaking on the iPad Pro, Federighi and Schiller explained one of the biggest selling points about the new models are the displays.

“While competitors may focus on resolution, our focus is on color depth, on refresh rate. These are where the really big wins are. Brightness, true tone display. I think our display team is doing unreal work.”

Schiller also explained the need for the Files app, saying that pro users need a filesystem while others don’t. “For most consumers, they don’t need to use the Files app, ” he said.

When asked to compare the HomePod to the iPod Hi-Fi, Schiller said that sometimes you have to do things over again to get it right.

Sometimes you get to try again to get it right. It’s a different thing, different time, different scenario. There is one gigantic difference: our audio engineering team now is incredible. As you’ve seen with iPhone 7 and stereo speakers, four speakers in iPad Pro, AirPods. They’re really talented.

Schiller spoke on the future of the Mac App Store, as well, which came across as neglected following the massive overhaul to the iOS App Store in iOS 11.

So I will say this until we are satisfied one day: We care about it, we believe in it, we’re invested in it. It matters and over time you’ll see proof of that.

Doing it first to the iOS App Store was the right thing to do. Other things over time.

Finally, Gruber and Schiller conclude the interview by talking about product leaks. Gruber noted that there were few software leaks ahead of this WWDC, but hardware leaks continue. Schiller explained that Apple is doing a lot to combat leaks.

“There’s a lot of work that’s gone on. It’s a really really hard and challenging and we may never be perfect at it, but the teams work hard at it.”

The Apple executive explained that when something leaks, it’s disappointing to the people and teams who had spent so much time working on it.

At the end of the day, it’s really when you’re a team has worked really hard and you get the opportunity to have me or Craig present it to the world.

Schiller also said that Apple “can’t ever be mad at the sites that post things out of a misplaced love for us.”(Hi Phil!!)

The full interview should be posted to Daring Fireball sometime soon.