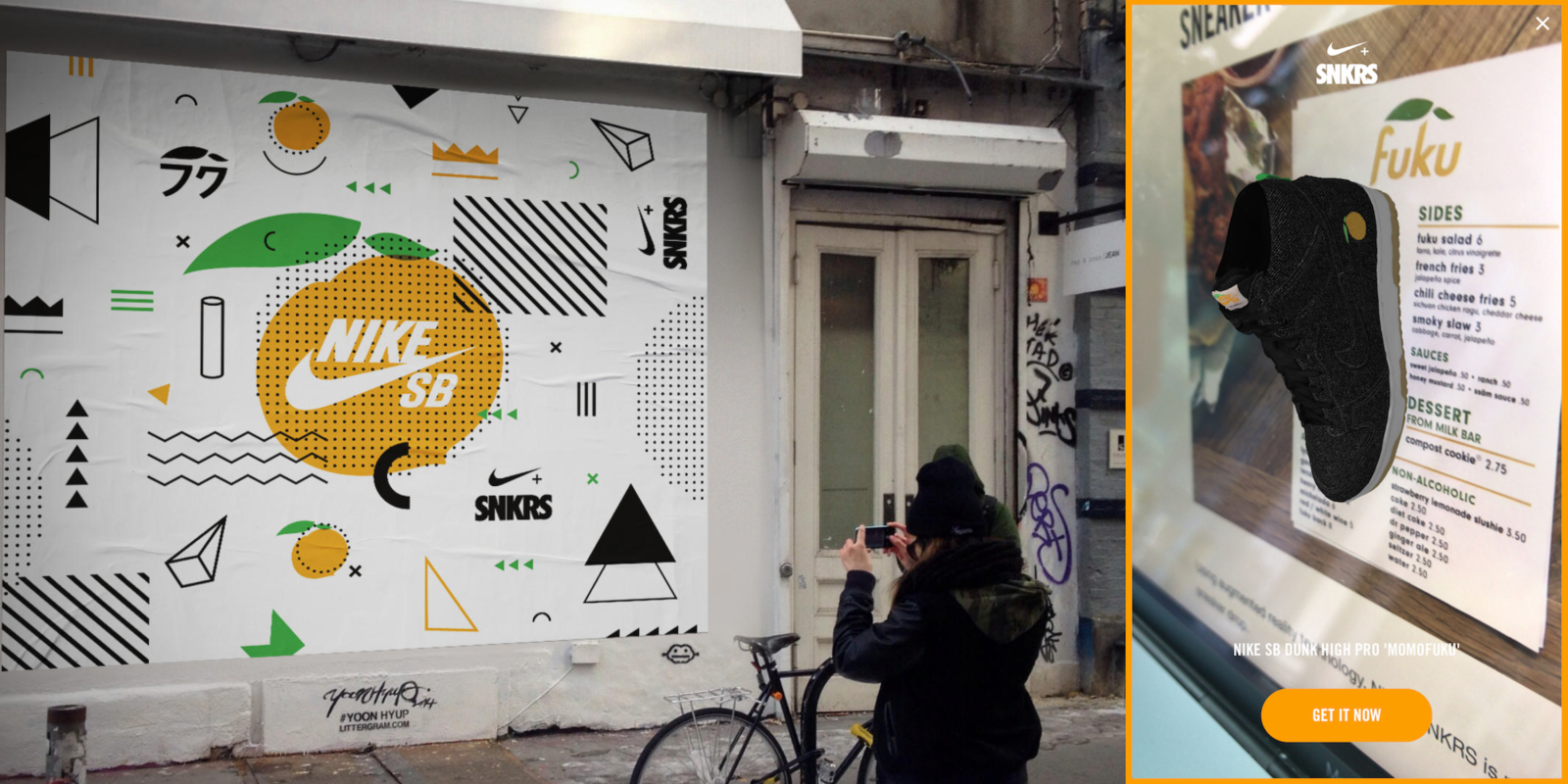 Nike announced today that it’s now using augmented reality features through its iOS app to make exclusive sneaker releases a more interactive experience. Using its Nike+ SNKRS app popular among those trying their luck at purchasing in-demand shoe releases, Nike is integrating AR features that will make some new sneakers only available to those that unlock them through viewing real-world items via their iPhone’s camera.

For example, the first shoe release to get support for the AR features is the Nike SB Dunk High Pro “Momofuku.”

The app can now hide the opportunity to purchase certain coveted sneakers within a select image where the sneakers can only be seen and unlocked by viewing the image via the camera function on SNKRS. First up: the Nike SB Dunk High Pro “Momofuku.”

The shoe is a collaboration with New York-based chef David Chang, so to unlock the ability to purchase the release users will have to point their iPhone’s camera at menu (or at least an image of it) through the SNKRS app. When doing so, an an interactive 3D model of the shoe will be appear (as pictured above) and users will have a chance at purchasing the shoe that, as usual for exclusive Nike releases, will be available in limited quantities. 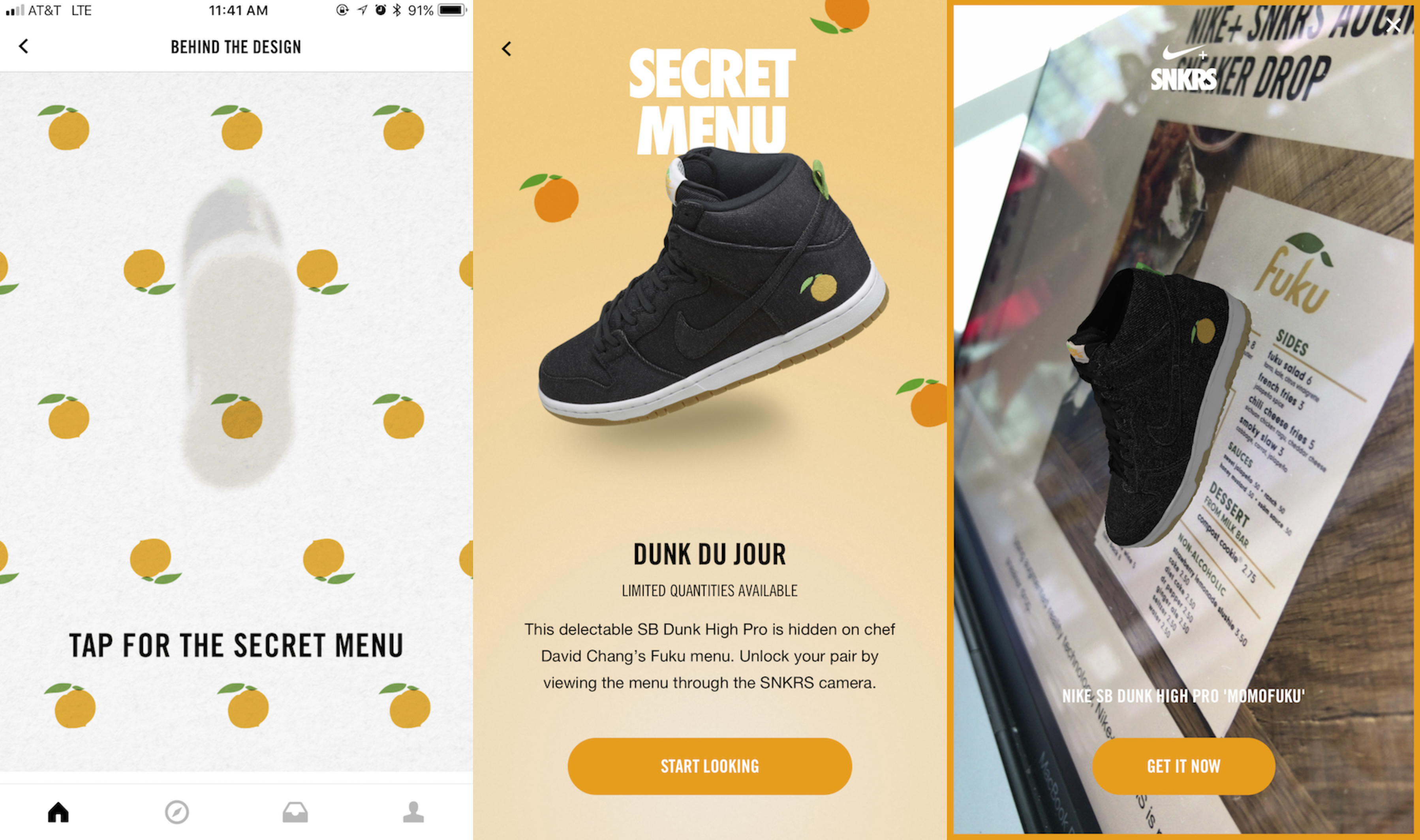 Alternatively, users will be able to access the feature and shoe release by pointing the camera at the image below or physical signage made for the promo hanging outside the restaurant and surrounding area. 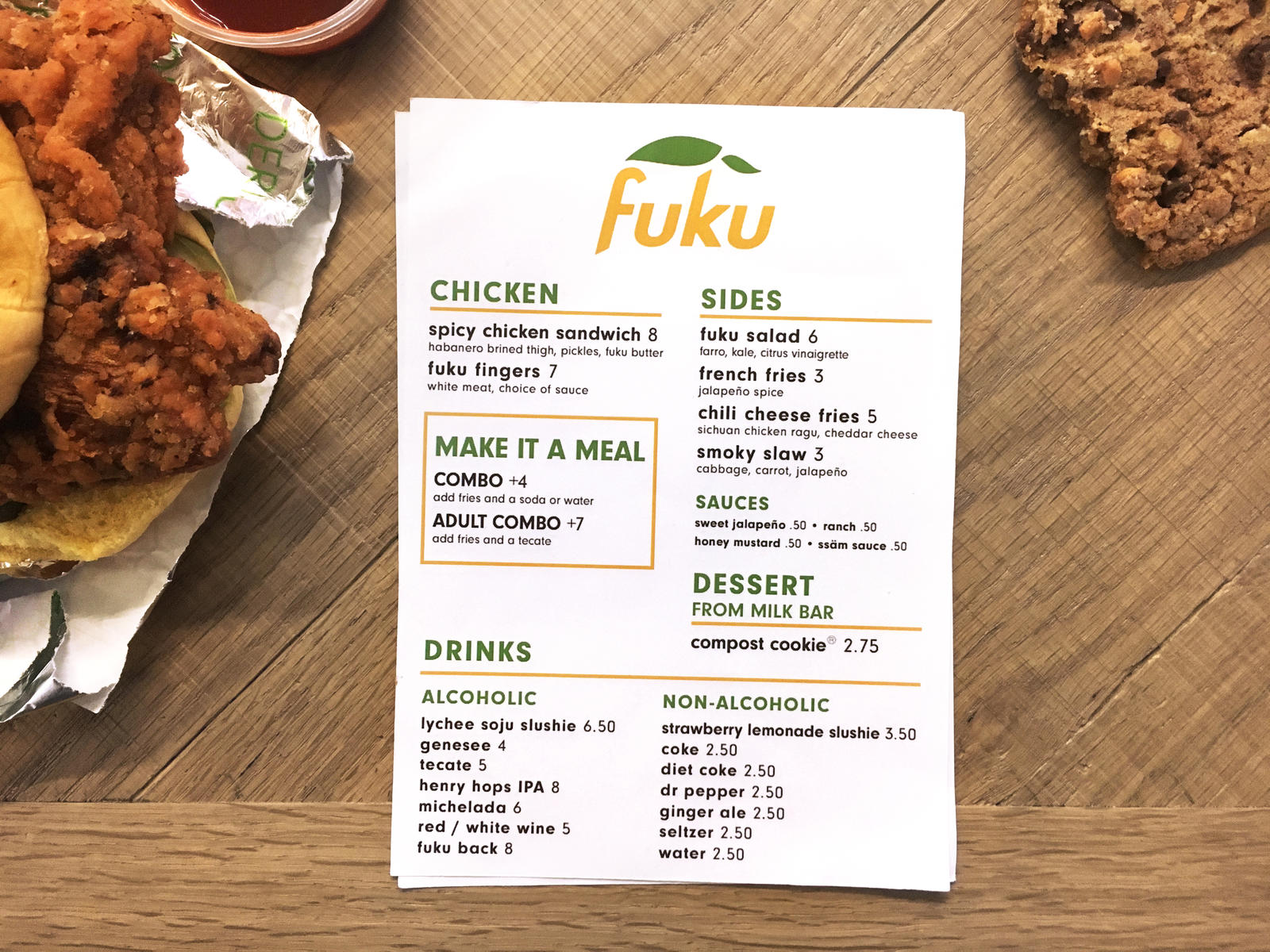 The new feature comes ahead of Apple’s ARKit unveiled as part of its iOS 11 preview at WWDC earlier this month. The new platform will enable app developers to easily build augmented reality features into their apps that tap into the iPhone’s built-in camera, processors and other sensors. We had some hands-on time with a demo of ARKit that Apple had at WWDC running on the new 10.5-inch iPad Pro.

The demo allows users to place 3D models of furniture in a physical space, something that launch partner Ikea has confirmed it will take advantage of for its own apps when iOS 11 launches this fall.

You can access the new AR features and the exclusive Nike SB Dunk High Pro “Momofuku” drop through the latest version of the Nike+ SNKRS app on the App Store. More from Nike on the process below:

Make sure you have the most recent version of the SNKRS app for iOS.

Go into the Behind The Design post about the Nike SB Dunk High Pro “Momofuku” in the SNKRS feed.

Once inside the post, scroll down until you find the .gif of the hidden Dunk rotating above the background image.

Tap this .gif to open the camera via SNKRS.

Once the camera is open, find David Chang’s Fuku East Village menu online (hint, that’s it above). Or any of the special SNKRS posters inspired by the menu that are pasted up outside all Momofuku restaurants in the US.

Hover over the menu or poster with the camera and then tap to unlock it. The shoe will instantly pop up on your screen.

If there are still pairs available, the invitation to purchase the Nike SB Dunk High Pro “Momofuku” will appear in your SNKRS Feed and Inbox.