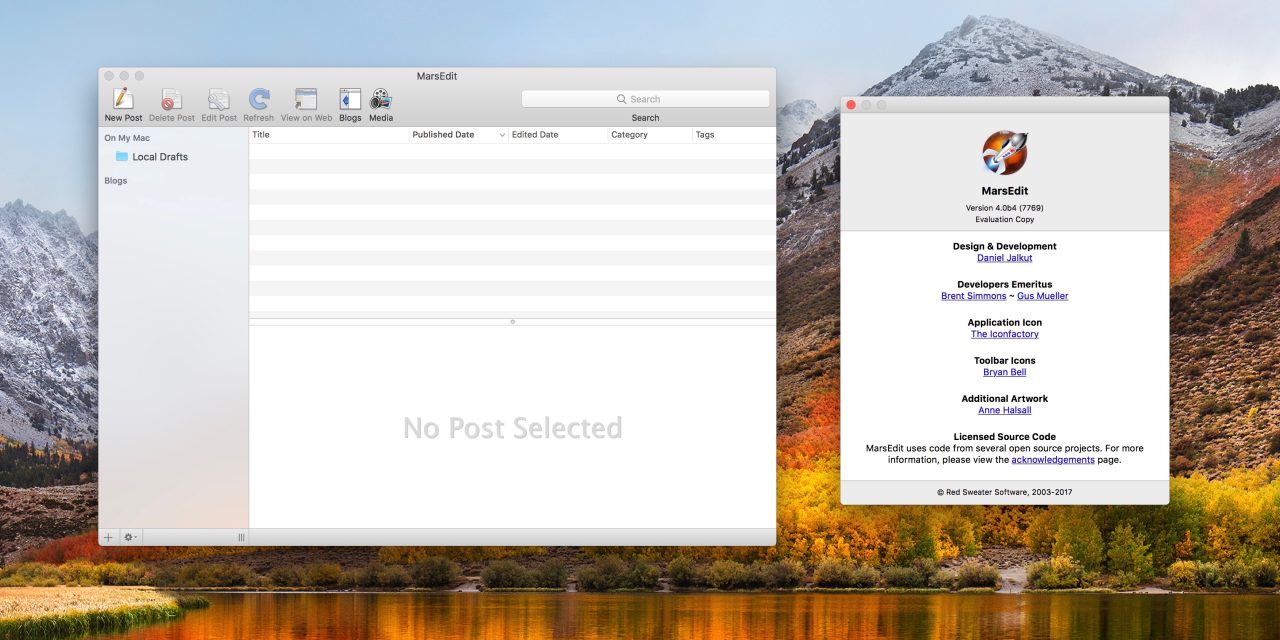 There’s a new version of the MarsEdit blog publishing software out, and Mac users running the current version can try out the public beta for free ahead of its release. MarsEdit 4 is the first major release in more than seven years and brings editor and WordPress-specific enhancements, auto-save and version history, a Safari app extension, and much more.

From the MarsEdit 4 public beta announcement:

It’s been over 7 years since MarsEdit 3 was released. Typically I would like to maintain a schedule of releasing major upgrades every two to three years. This time, a variety of unexpected challenges led to a longer and longer delay.

The good news? MarsEdit 4 is finally shaping up. I plan to release the update later this year.

If you decide to install the beta, please join us in the Red Sweater Slack team to discuss the upcoming release. As always, I welcome bug reports and other feedback via email as well.

The MarsEdit 4 public beta isn’t totally free, but you can use the public beta version for free for now if you already own a license for MarsEdit 3. This only applies to licenses purchased over the web, however, as the Mac App Store version cannot offer upgrades.

If you don’t already own a MarsEdit 3 license, you can purchase a license between now and launch for $39.95 to run the public beta then upgrade to MarsEdit 4 without an additional charge.

Check out 9to5Mac on YouTube for more app news!