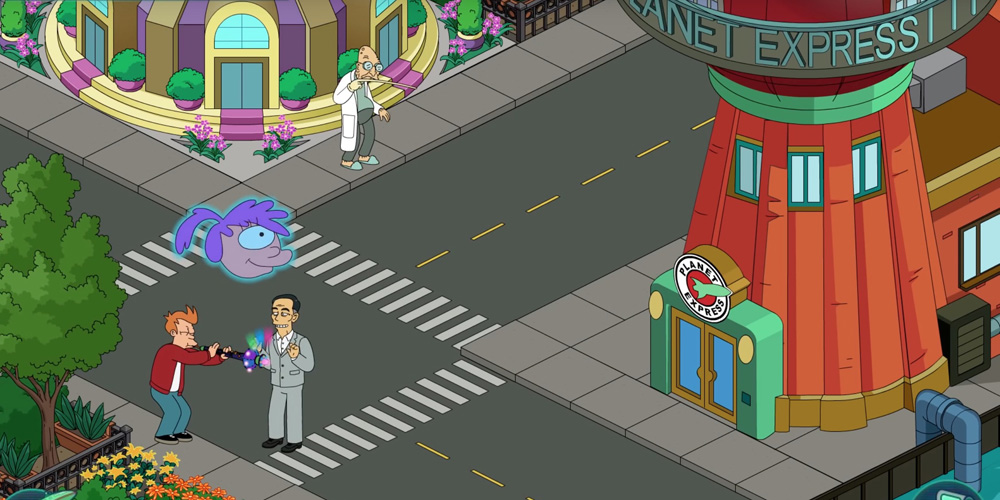 Futurama: Worlds of Tomorrow is finally available for download from iTunes. The game is free, but offers in-app purchases …

The next epic Futurama adventure has finally arrived! Play with all your favorite characters, build your own New New York, combat against alien species and explore unfamiliar planets on a mission to save the universe! Buckle your seatbelts, blast off into space, and play the new Futurama game! Relive the show in this thrilling and hilarious game that will have you crying in tears.

The game allows you to play as any of the main characters, and effectively contains some all-new Futurama episodes in game form – with dialogue written by the show’s writers, David X. Cohen and The Simpsons creator Matt Groening.

The game has been heavily hyped in advance of its launch, first teased back in February, promoted with a mini-episode trailer last month and again with a further mini-episode earlier this month, that one featuring Stephen Hawking, George Takei, Bill Nye, and Neil DeGrasse Tyson (below).