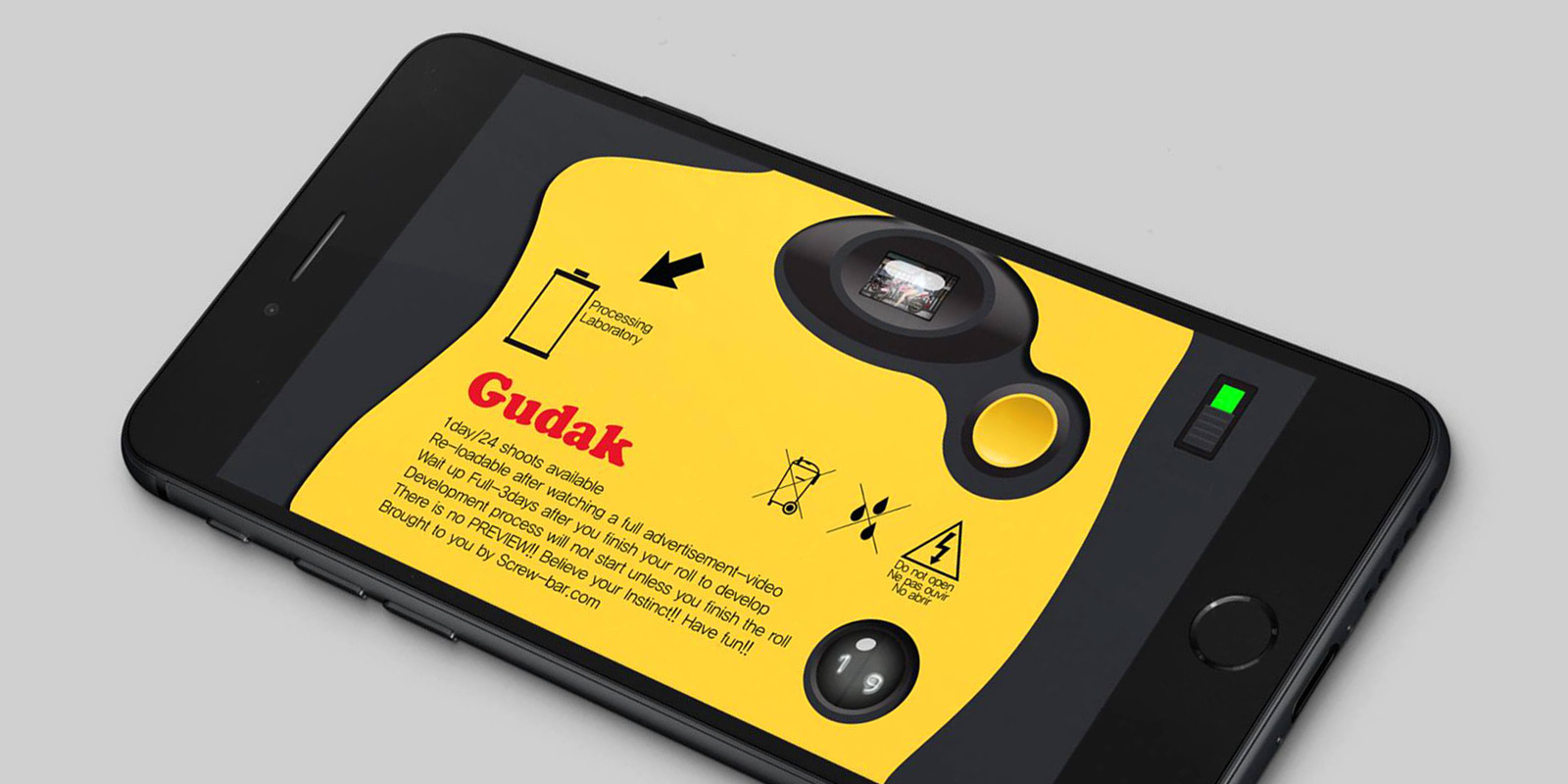 While we are seemingly light-years past regularly using disposable cameras, the folks over at Screw Bar have developed a new iOS app to bring back the nostalgic Kodak disposable camera experiences from yesteryear.

Gudak Cam strips away all of the modern day features, mainly a viewfinder and instant gratification, in favor of a vintage cam experience right on your iPhone. The name of the app comes from the term Gudagdali, which is an old Korean word for “outdated”. There’s no undo buttons here, you can’t even line your shot up properly with the almost nonexistent viewfinder. It’s 90’s snap shot ridiculousness on a $1,000 smartphone. The thrill of waiting to see what those mostly horrible and poorly framed pictures looked like from last weekend is back!

Not only is there no real viewfinder available to you, but you have to wait three days to even see the pictures! Yes, that’s right, you’ll have to wait for the images to be “developed” in the Gudak app before you can even see them. That is very weird. But it might bring back some of the excitement of getting some friends together or sharing images after the fact, as opposed to the instant gratification of social networks and modern day smartphone cams.

In fact, you can only take a total of 24 photos per day with Gudak. Once again forcing the user to make the best possible use out of every shot, much like it was with proper disposable shooters back in the day.

As if that wasn’t already enough, the folks at Screw Bar have also introduced light leak simulation to Gudak Cam. You can likely remember the almost over-saturated streaks of colors and light that would often times make it into disposable camera pictures. By the sounds of it, we don’t have any control over the way the light leaks effect our images, which is as much a shame as it is entirely expected with an app of this nature.

Gudak Cam has been designed to focus on Eastman Kodak’s Kodak Moment: “moments to be remembered for a long time.” No matter how beautiful a photo is, it is just a memory of something and an ‘hommage’ of a moment and our team has intended to reproduce that memory and moment by eliminating the Instant Review feature of conventional digital cameras and reducing 95% of the conventional viewfinder feature, leaving only the least for taking shots.

If any of that sounds like fun to you and your friends, Gudak Cam is available now on the App Store for just $1. Unfortunately, it looks like only iOS users are able to get their hands on it at this point, as we are yet to see a listing pop-up on Google Play.

And as usual, for all mobile app news and sales, stay locked to your Games/Apps Guide on 9to5Toys.