Chinese smuggler caught with 102 iPhones strapped to her body, doesn’t beat the record … 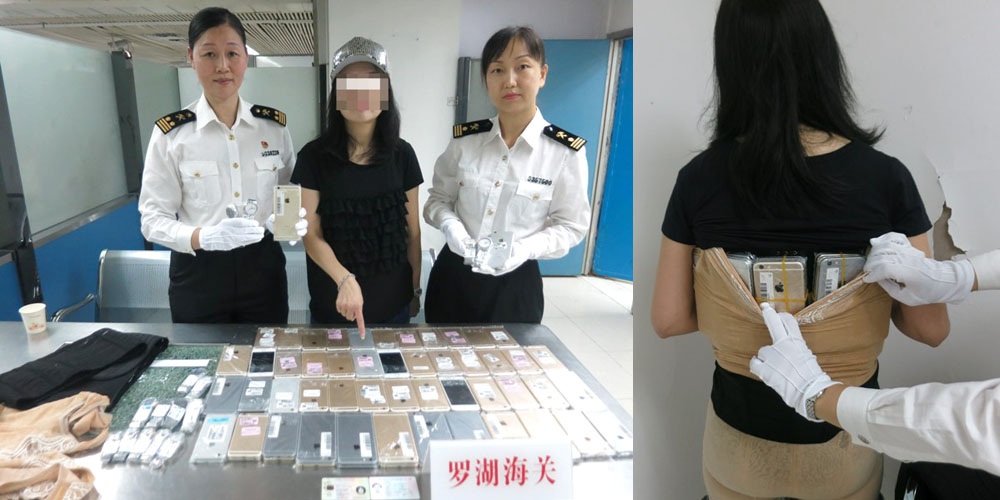 A woman has been caught by customs officials with 102 iPhones strapped to her body as she attempted to smuggle them from Hong Kong into mainland China. Surprisingly, she didn’t break the record …

While she beat the guy caught with 94 iPhones back in 2015, the record appears to be held by a man who managed 146 iPhones later the same year.

iPhones are cheaper in Hong Kong than mainland China, making smuggling a profitable business if you don’t get caught. But customs officials in Shenzhen, the main entry point from Hong Kong, noticed suspicious bulges and pulled her aside for a search. The found 102 iPhones and 15 luxury watches in a total haul weighing over 44 pounds.

The maximum total value of 102 iPhones at U.S. prices would be almost $100k for maxed-out iPhone 7 Plus models.