Chinese iPhone smuggler caught with 94 iPhones strapped to his body 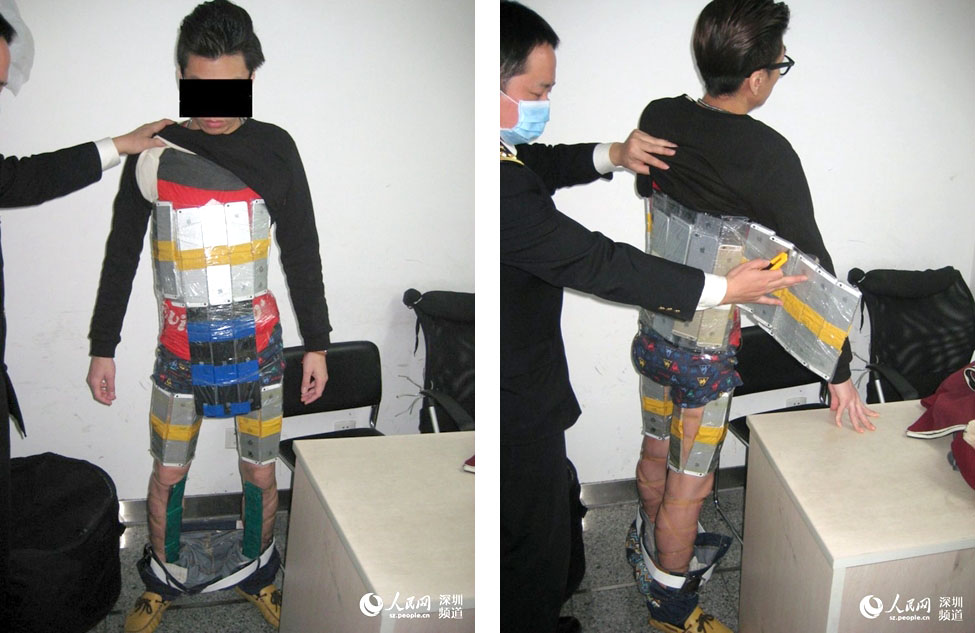 One Chinese man seemingly couldn’t wait for an official Apple wearable, and tried to smuggle an amazing 94 iPhones from Hong Kong – where they are cheaper – into mainland China by wearing them inside his clothes.

Huffington Post reports that the man was pulled aside by customs officials as a result of his “weird walking posture, joint stiffness, muscle tension.”

We don’t know the mix of models involved, but the total value of the iPhones would likely exceed $50,000, making his saran-wrapped iPhone suit one of the most expensive suits in the world.

Black market iPhone 6 Plus prices had reached over $3000 during the period when they were not officially available in China. Apple’s more official retail outlets are growing rapidly in the country, with Tim Cook pledging to boost the number of Apple Stores in the country from 15 to 40 within two years.