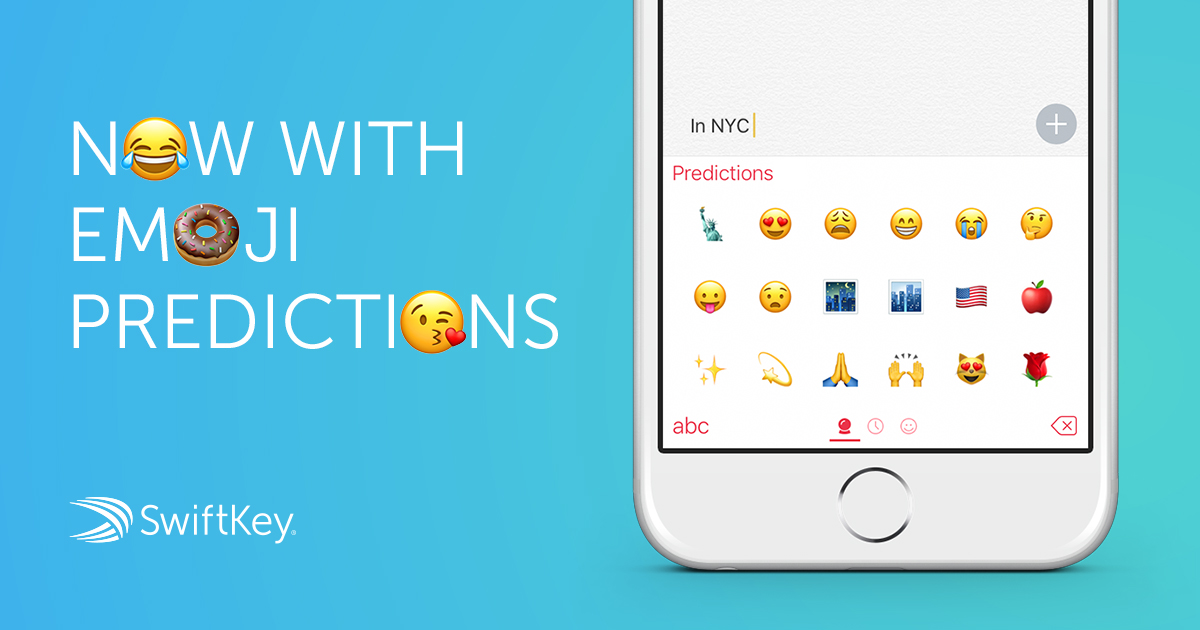 SwiftKey is today pushing a notable update to its iOS keyboard app. The update adds a handful of new improvements and features, including emoji enhancements, new themes, and more.

Headlining the update is a new emoji prediction panel. Similar to what the built-in iOS keyboard offers, this feature will automatically suggest relevant emoji based on what you’re typing, as seen above. The update comes on the heels of World Emoji Day and Apple unveiling a handful of new emoji coming soon to iOS.

You will find a new emoji prediction panel when you tap on the regular emoji key. Once you’ve typed something and tap the emoji key, you’ll see a selection of 18 emoji that match your sentence, making it faster than ever to find the perfect one to go with any message.

Furthermore, the update adds eight new summer-inspired keyboard themes. All part of an “Oxygen” headline, these themes are available in red, orange, yellow, green, light blue, blue, purple, and pink. These are available for free by heading to the “Design” menu in the upper-right corner.

Last but certainly not least, SwiftKey for iOS is making improvements to haptic feedback and 3D Touch for iPhone users:

Thanks to your user feedback about the experience of using 3D Touch to trigger cursor control – the ability to swipe to move the cursor – we’ve now made it more responsive. We’ve also introduced haptic feedback for users on iPhone 7 or above – certain keyboard actions, like opening the emoji panel, will give a small vibration feedback. Try these out and let us know what you think!

SwiftKey for iOS is available on App Store for free.