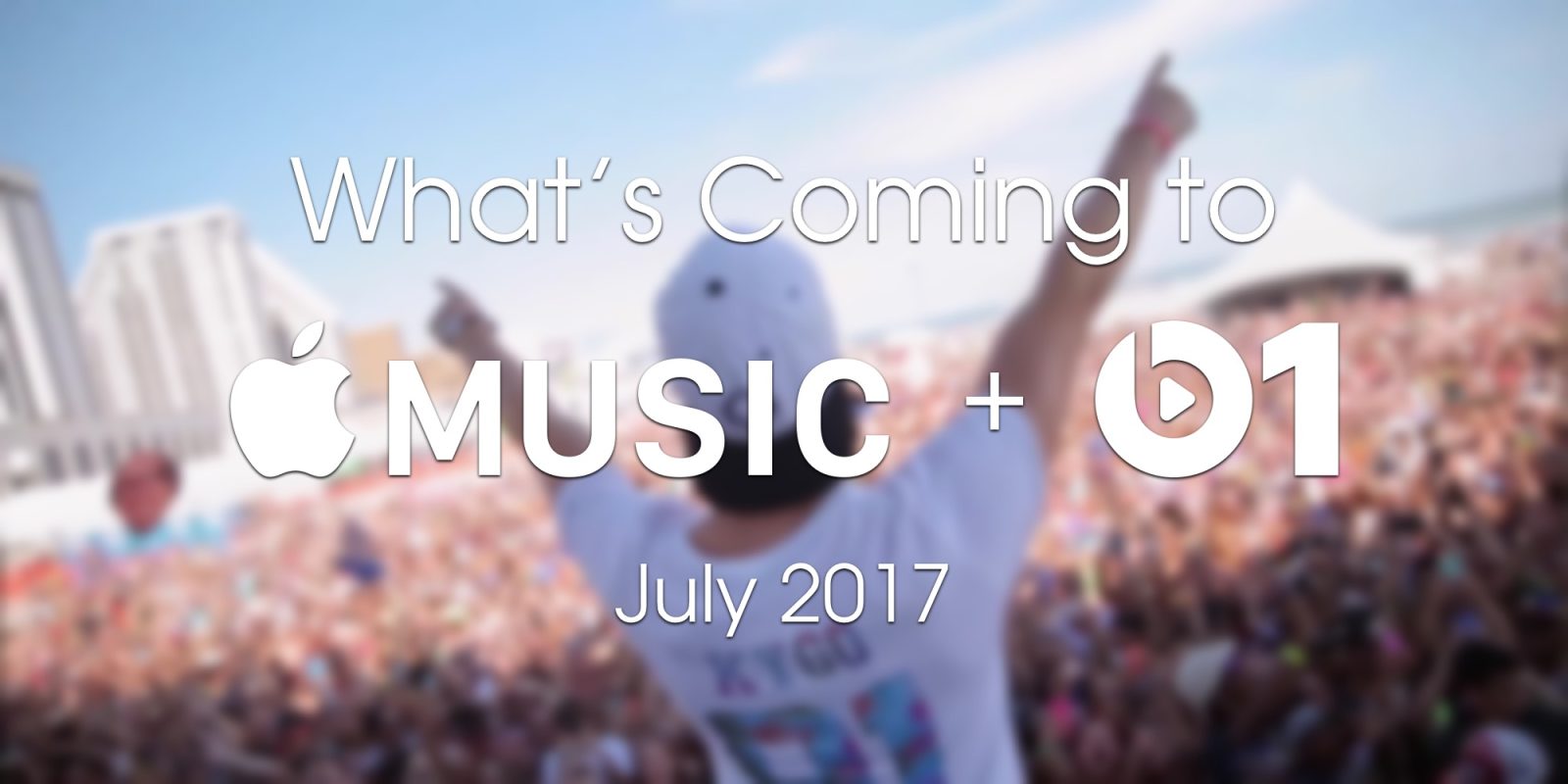 We’re halfway through July, but exclusive Apple Music and Beats 1 content continues to be announced. In June, we finally saw the release of Apple’s oft-discussed Planet of the Apps series. While many readers shared they won’t be watching it, it remains as Apple’s first steps into original content. Carpool Karaoke which had been slated for Spring, will now see an official release date on August 8th.

We’ll be sure to update this list with information as it arrives, so be sure to check back often. Let’s dive into what we you’ll be watching and listening to on Apple Music and Beats 1 this July 2017…

No new information has been released on Dr. Dre’s Vital Signs, which was originally reported as Apple Music’s first produced original series. Release dates for Clive Davis’ The Soundtrack of our Lives and the potential unreleased Prince footage have yet to surface.

Originally announced for June, Kygo’s Stole The Show documentary will officially be released later this month. The documentary follows the artist’s rise in musical production and how his passion for piano helped get him there.

Kygo: Stole the Show chronicles Kygo’s journey from the early stages of his career to his mega performance at the Barclays Center in Brooklyn, NY in January 2016. The documentary will be available exclusively via Apple Music starting on July 26.

The film offers fans a chance to see an intimate and unfiltered side of Kygo and his team as they prepare for an unprecedented moment in Kygo’s career. The documentary features cameos from a few of Kygo’s closest friends and collaborators including Steve Aoki, Lyor Cohen, Julia Michaels, Pete Tong, Martin Garrix, Parson James, and more. With an upcoming sophomore studio album due for release later this year, Stole the Show offers riveting insight into the artist’s origin, creative process, and aspirations, along with never-before-seen behind the scenes footage, showcasing who Kygo is both on and off the stage.

To celebrate their upcoming fifth studio album, Arcade Fire will be performing a live rendition of their Everything Now album. Though the album is officially releasing on July 28th, Apple Music subscribers and Beats 1 listeners will be able to get a an exclusive first listen on July 27th at 8:30 p.m. ET.

In an exclusive interview with U2, Zane Lowe dives into the impact the group’s The Joshua Tree has had over the past thirty years.

For a complete lineup on Beats 1 shows, check out the official online schedule.

Keep up to date with all the exclusive content coming to Apple Music and Beats 1 throughout the year!