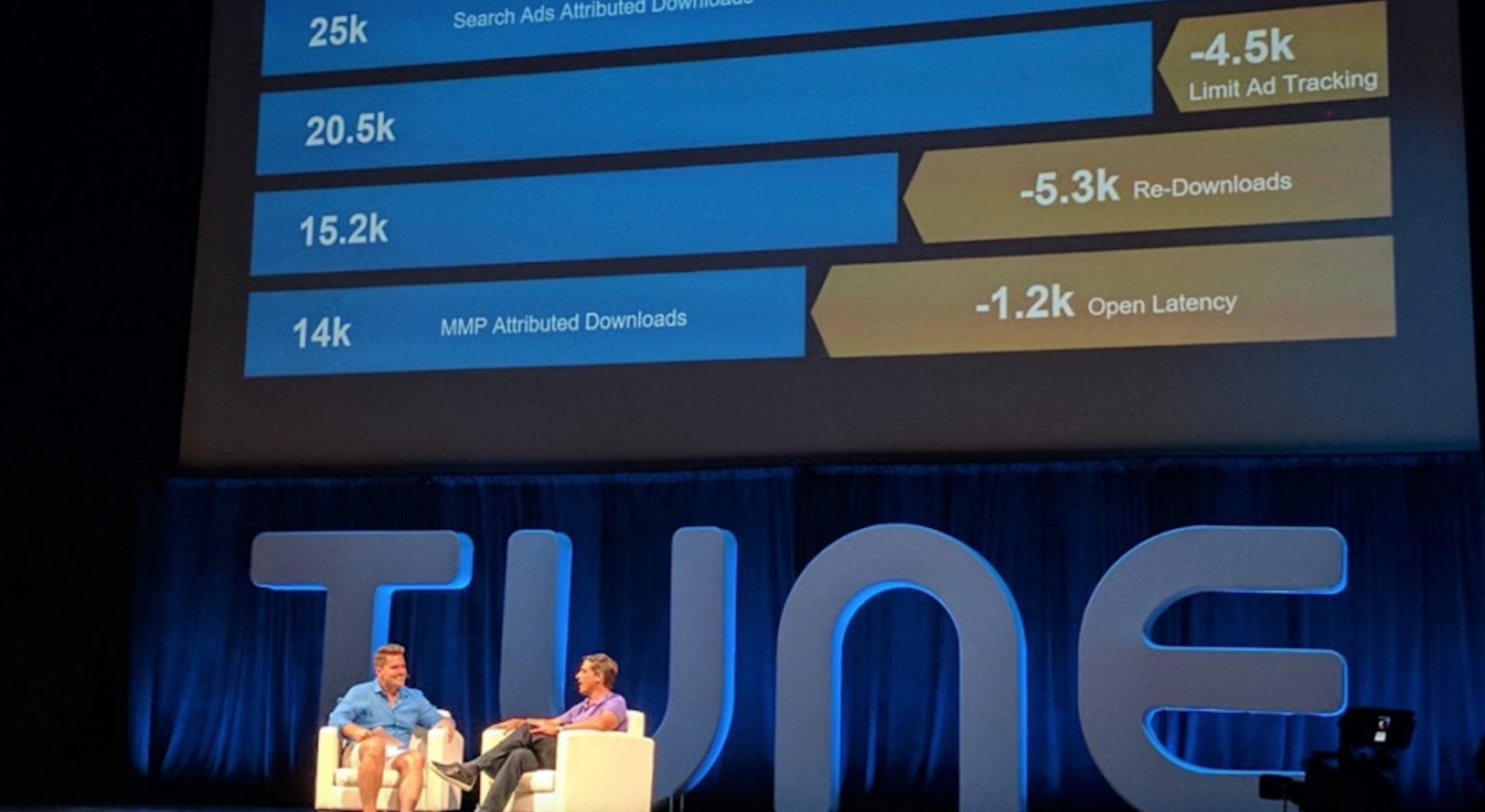 At the Postback conference last week in Seattle, Apple’s vice president of advertising Todd Teresi sat down with TUNE to discuss the company’s continued efforts in analytics and and mobile measurement. Teresi discussed how Apple plans to continue working with developers to improve metrics in the App Store, and more.

Teresi explained that one area Apple is specifically focusing on is closing the gap between install and engagement numbers. Currently, installs are measured by the first time a person opens the app, and thus the install number rarely correlates with the downloads number. Apple wants to improve this discrepancy and make it easier for marketers to track and retain customers.

Currently, Apple estimates that up to 20 percent of installs are not included in tracking numbers because of the limited ad tracking enabled by users. Apple’s tracking efforts are further complicated by the fact that users download, delete, reinstall and open a previously downloaded app. The reinstall data is counted as a new install, thus skewing crucial data used by marketers and developers.

Teresi says that Apple is committed to solving these discrepancies in analytics tracking. He said that Apple is working to expose the difference in downloads vs installs and will make the information available to the public, though its efforts will still put privacy first.

Today, one of the things we offer is we report the conversions which are confirmed downloads. We are very interested in exposing that data out into the third party platform. We want to do that because trust is the important foundation of the marketing industry.

Teresi also touched on Search Ads in the App Store and how developers are utilizing them:

One of the things that we’ve done is we’ve made a tremendous amount of information and data available in search ads. I think people were surprised by that. This is the first time we’ve provided transparency to keyword information from the store. I think that has really helped. It’s made developers smarter about their business. That leads to better positioning and greater discovery.

The full video, which dives into deep detail about the marketing and app industry, can be watched below.