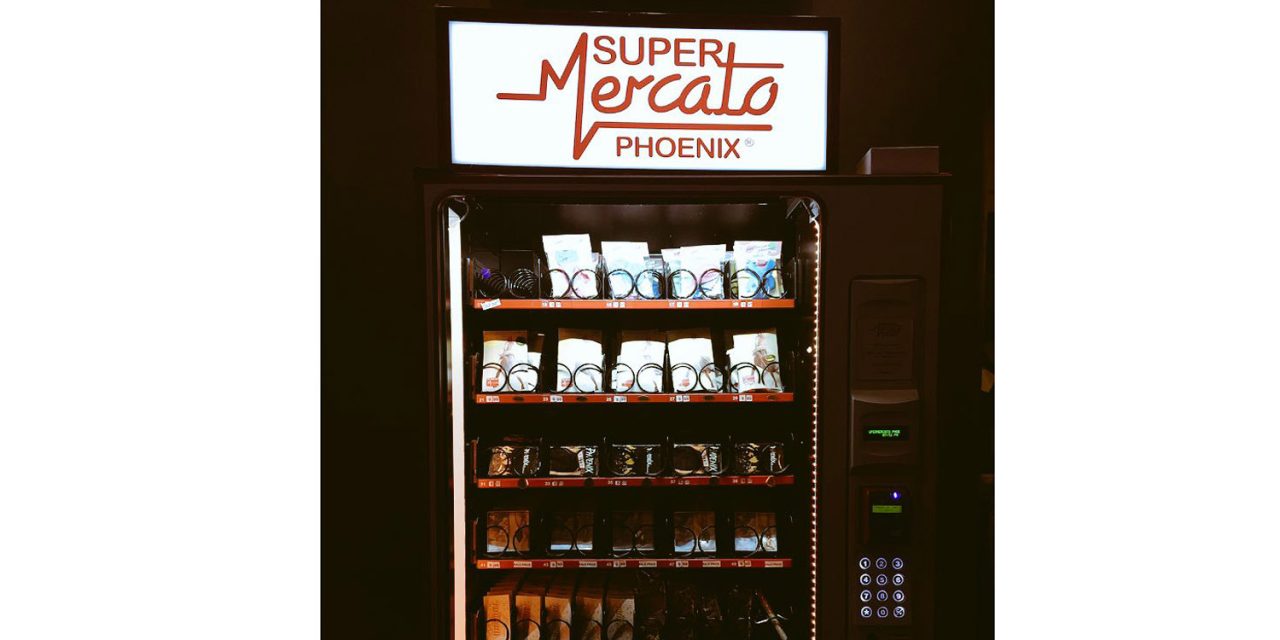 French rock band Phoenix will be providing fans with the chance to buy mechandise from a vending machine using Apple Pay. The band will be taking the machine with them on their world tour, which includes four U.S. cities in October.

USA Technologies said that it made a customised vending machine specifically for the tour.

The Super Mercato pop-up shop makes it easy for fans to pick up merchandise using credit cards or mobile wallet payments like Apple or Android Pay, a perfect solution for their (primarily post Millennial) fan base.

“The idea to work with a vending machine was initially something that came from the band directly. They wanted to create a fun experience for fans and one that would echo the themes of their new album, Ti Amo. Working closely with USA Technologies, our team customized the machine down to the smallest detail, giving it a lot of character and aligning it with the aesthetic and fantasy behind the band’s new record,” said Matt Sadie, artist manager at United Management.

Fans have apparently been reacting well.

We’ve seen a huge reaction with the press as well as from fans online including filming their experience at the machine, to showing the vast lines of people lining up to buy a souvenir.

You’ll also be able to use Apple Pay with more online stores thanks to a Weebly integration.