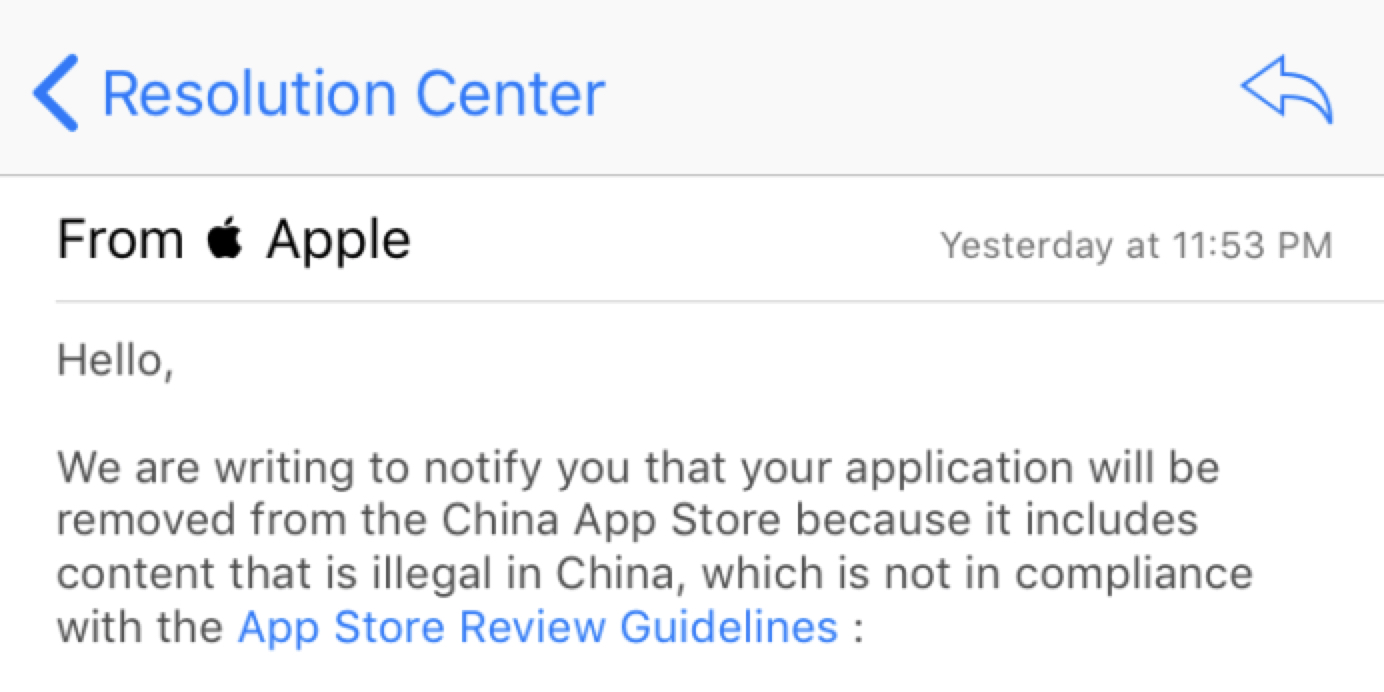 Update: Apple says that the Chinese MIIT requires VPN providers to obtain a license. The company has been ‘required’ to remove VPN apps from the App Store in China which do not meet the regulations.

Apple has begun removing all VPN apps from the App Store in China, as first noted by the developers of ExpressVPN. In a blog post, they reported that Apple informed them that their app had been pulled from the Chinese App Store. It seems all major VPN clients have received the same treatment.

China infamously has strict regulations on Internet access and VPNs were one way people could circumvent the Great Firewall. Apple told developers their apps were getting taken down ‘because it includes content that is illegal in China’.

Coincidence or not, Apple has been seriously implementing various aspects of  Chinese law for its regional operations in recent months.

At the start of 2017, Apple removed the New York Times app from the Chinese App Store as it was ‘in violation of local regulations’.

Earlier this month, Apple partnered with a local firm to setup its first Chinese data center. The facility will store all user information for Chinese customers.

This was in response to new internet security laws in China that require companies to store Chinese user data domestically. Apple was one of the first major companies to comply.

Apple wants to be a big player in China and staying on the good side of government is in its best interests, as it looks to the emerging middle class as a growth opportunity for iPhone sales. The company announced a new VP position dedicated to managing Apple’s operations in China earlier this month.

The availability of VPN apps in the rest of the world is unaffected.

We just received notice that @Apple removing all the @VPN apps from the @China app store.